It is unclear what body will be charged will enforcing the rules. 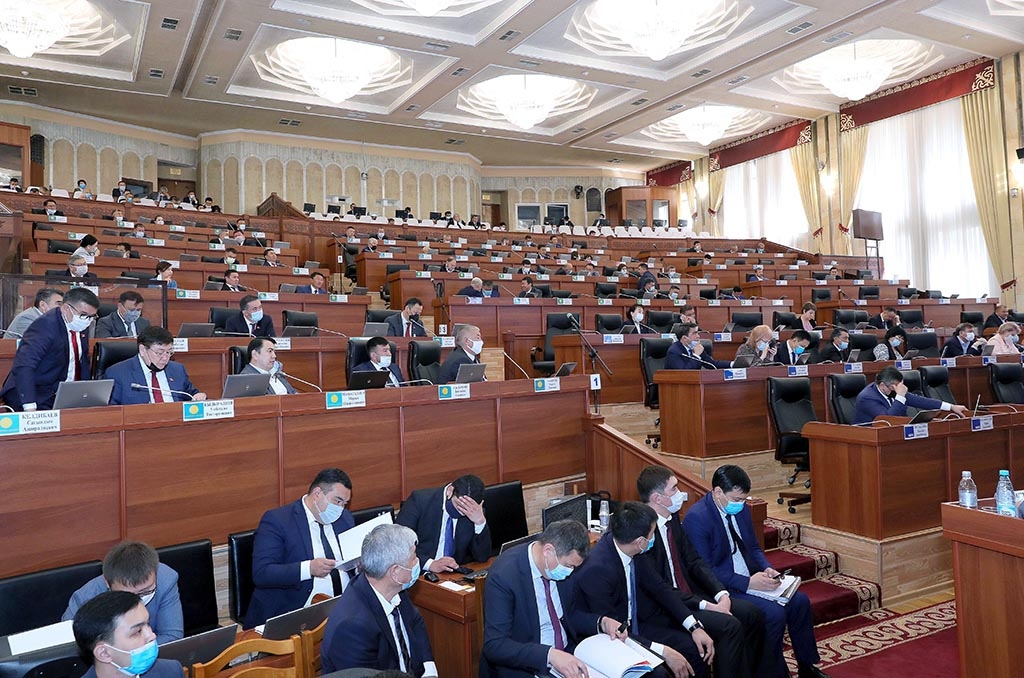 Lawmakers in Kyrgyzstan have overwhelmingly adopted legislation that will give the authorities the power to block access to online resources they deem to contain untruthful information.

The second reading of the bill, dubbed “On Manipulating Information,” was opposed on June 25 by just 10 of the 89 deputies present in parliament.

Before the legislation can enter into force, it must be definitively approved by President Sooronbai Jeenbekov. In a snap response to the vote in parliament, local activists and media freedoms advocates from the Committee to Protect Journalists urged Jeenbekov to reject what they described as “a serious step toward curtailing press freedom in the country.”

“The vague nature of Kyrgyzstan’s proposed legislation on media manipulation is sure to create a climate of uncertainty for journalists and promote self-censorship,” Gulnoza Said, Europe and Central Asia program coordinator for the CPJ, said in a statement. “Jeenbekov should reject this law unless he is intent on taking part in the kind of repression that we already see among Kyrgyzstan’s neighbors in Central Asia.”

It is far from clear how the legislation will work in practice. In theory, the authorities will be granted the power to shut down or block access to any website containing what they find to be untruthful. Even the bill’s authors struggled in parliamentary hearings to determine by what means certain truth could ultimately be determined. And as the CPJ has noted, it is not yet known what entity is even to be charged with making the determination.

Adilet, a legal advocacy group, has expressed concern that a powerful new state body could be created and given the authority to censor media and social networking sites at will.

Internet users will be obliged to make their identity known when using social media websites and the creation of anonymous accounts may be treated as a criminal offense.

Another strand of the legislation requires internet service providers to store user data, such as photos, video and audio, for up to six months and to provide them to government agencies upon request.

Gulshat Asylbayeva, one of the lawmakers behind the bill, has said during parliamentary hearings that her goal was to help protect the honor and dignity of people smeared with false online claims.

“Why should I not be able to protect my rights? Why should I have to read this dirt contained in fake news?” Asylbayeva said in parliament.

But the few MPs who opposed the bill are dismayed at what this could mean for Kyrgyzstan’s international standing.

“We used to be an island of democracy in Central Asia. But thanks to such initiatives, we are turning into an ugly copy of neighboring authoritarian countries. Even super-presidential, authoritarian states have not considered such laws,” said MP Mirlan Zheenchoroyev.

The suspicion harbored by independent media outlets is that the true purpose of the legislation may be to quash the fledgling Kyrgyz investigative journalism scene. Much of that reporting has been focused in the last two years on the vast riches accumulated by a former top customs officials called Rayimbek Matraimov, who activists contend wields massive influence over deputies and officials alike.

Restrictions imposed in reaction to the coronavirus outbreak have hampered efforts by civil society to engage in gestures of defiance. Nonetheless, while the MPs were busy approving the bill, more than 100 people gathered outside the parliament building in protest.

Most of the indignation was confined to the internet, where opponents to the bill bombarded social media websites with their criticism.

Right of law advocates have said that the bill was especially egregious in that it was redundant, since provisions already exist for citizens wishing to take legal action against people spreading libelous public statements. There is also concern about the financial implications for ISPs, who could now have to invest heavily in the hardware needed to store all the data required under the legislation.