Temirov's supporters say the deportation is tantamount to state-sponsored abduction. 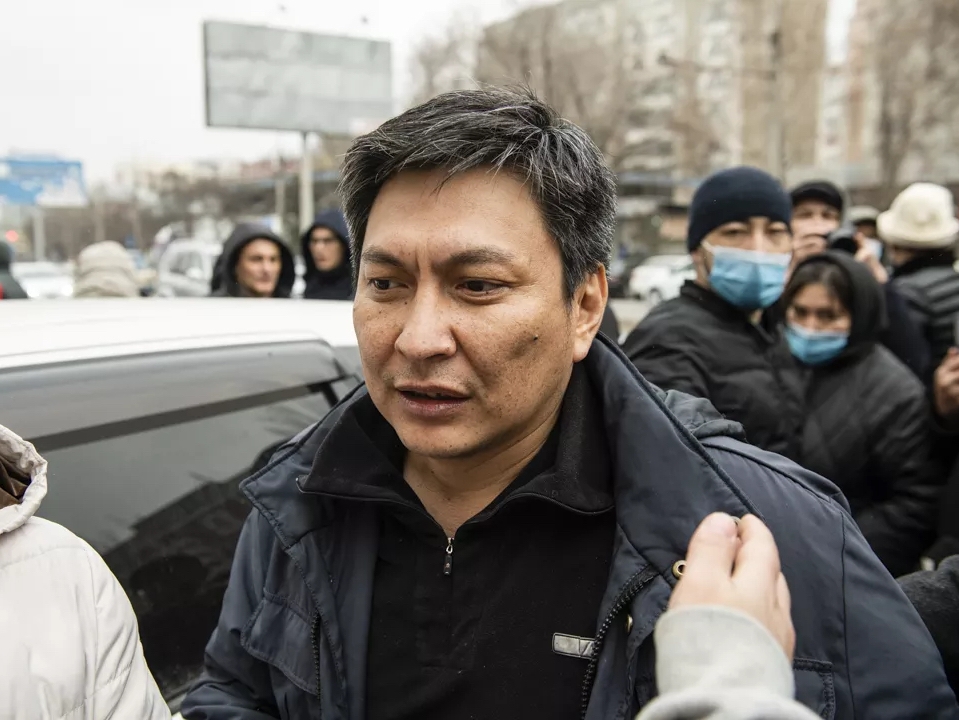 Authorities in Kyrgyzstan have stripped an investigative journalist who serially embarrassed senior officials with his reporting of his Kyrgyz citizenship and have deported him in a nebulous operation that his supporters have described as an act of state-organized abduction.

Bolot Temirov was escorted by law enforcement officers from a court in the capital, Bishkek, on November 23 and was not heard from for several hours before it emerged that he had been taken to the airport to be placed on a flight to Moscow.

Temirov’s relatives, supporters and lawyers searched police precincts and detention facilities throughout the day in a desperate attempt to locate him. Even when the journalist was discovered at the Manas International Airport, journalists and lawyers were prevented from approaching him by plainclothes security officials.

Baatyr Botobekov, a lawyer for the journalist, said he considered Temirov’s treatment to be tantamount to “forcible disappearance.”

Temirov’s wife, Mahabat Tazhibek kyzy, told news website Kloop that she has been in touch with him, but that there is no clarity about what will happen next.

“We didn’t imagine this could happen. Only time will tell,” she said.

The reporter’s legal troubles began in April, when he was detained in a dramatic raid on his team’s office. He was later charged with multiple offenses, including counterfeiting official documents and illegally crossing the border. The arrest came just days after Temirov and his colleagues published a report alleging favoritism in the granting of fuel contracts that saw the son of the head of the security services, Kamchybek Tashiyev, securing a government contract without bidding for a tender.

The outlook for Temirov grew even more bleak later that same month when President Sadyr Japarov prejudiced pending rulings by endorsing the claim that the journalist had forged documents.

“He stole someone else’s military ID, pasted in his own photo, changed his last name and, on the basis of this military ID, received a Kyrgyz passport,” Japarov told the Kabar news agency in an April 25 interview. “He used to be a Russian citizen.”

Courts in Kyrgyzstan are notoriously lacking in independence, so such statements from the head of state carry considerable weight.

Calls for the authorities to change course on their treatment of Temirov have come from activists and international organizations.

“The deportation of Bolot Temirov, a Kyrgyz citizen and arguably Central Asia’s leading anticorruption investigator, is an outrageously irresponsible and vindictive move, which could put his life in danger amid Russia’s mobilization in its war on Ukraine,” Gulnoza Said, Europe and Central Asia program coordinator for the Committee to Protect Journalists, said in a statement. “Kyrgyz authorities must immediately reverse this measure, which caps months of judicial harassment of Temirov and his outlet, Temirov Live, and cease harassing and obstructing the work of independent news outlets.”

Some of the dismay is rooted in the legally dubious manner in which the stripping of Kyrgyz citizenship and deportation have been pursued.

In September, Bishkek’s Sverdlovsk district court ruled that Temirov had forged documents in order to purportedly obtain Kyrgyz identification papers, but he was allowed to leave the court as a free man since the statute of limitations on the charge had expired.

In their appeal against this ruling, prosecutors asked that the courts also consider a request to expel Temirov from Kyrgyzstan as he was a foreign national. Temirov also holds a Russian passport.

Temirov, who was born in Kyrgyzstan, insists that he received his Kyrgyz documents entirely legally and described the actions of the justice system as “the purposeful destruction of journalism in Kyrgyzstan."

Dastan Bekeshev, one of the few remaining MPs willing to robustly criticize the government, said the stripping of Temirov’s citizenship was in violation of the constitution.

“Without even waiting for a court decision, the police removed [Temirov], took him to the airport and sent him to Moscow. I understand that he did investigations, and that some people didn’t like it, but using law enforcement agencies and the courts to take revenge is wrong and illegal,” Bekeshev said.

Outside cases involving terrorism, there are no known cases in recent Kyrgyz history of a Kyrgyz national being deprived of their citizenship. The move does not come out of nowhere, however.

A deep chill has descended over the activist and political opposition community in recent weeks and months.

In late October, a disparate group of around 20 campaigners and politicians were arrested in the space of one weekend over what are widely deemed spurious claims that they were collectively plotting to incite riots with a view to seizing power. The accused include numerous well-known individuals, such as human rights defender Rita Karasartova, anti-corruption activist and former judge Klara Sooronkulova, opposition politicians Ravshan Jeenbekov, Bektur Asanov, and Kubanychbek Kadyrov, and a recently fired ambassador to Malaysia, Azimbek Beknazarov.

In parallel with moving against politicians and activists, the authorities are also adopting measures to make life harder for nongovernmental organizations. A draft law now in the works is poised to make the process for registering NGOs more onerous and could, critics of the legislation say, force many civil society groups to close.

Independent and non-government-aligned media is also coming under mounting pressure.

In October, the Culture Ministry adopted a decision to block the website of U.S.-funded broadcaster RFE/RL’s Kyrgyz service, Radio Azattyk. Later, Azattyk’s bank account in Kyrgyzstan was frozen and seven reporters for the broadcaster had their parliamentary accreditation suspended.

Temirov formerly worked at Radio Azattyk, during which time he spearheaded multiple investigations that uncovered cases of major corruption.