Kyrgyzstan: Is Gazprom Deal a Blessing or Curse for Bishkek? 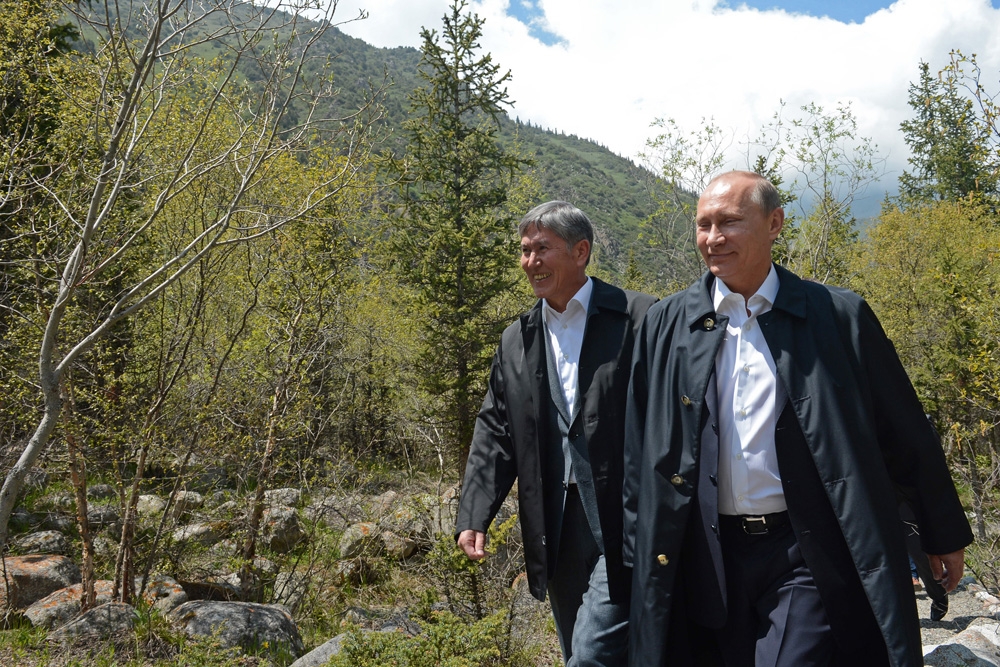 To reduce its vulnerability to being squeezed by Kazakhstan and Uzbekistan on energy supplies, Kyrgyzstan’s government is rushing into Russia’s embrace. Some experts, however, believe Bishkek is solving one problem by creating another.

Under an agreement signed July 26, the Kyrgyz government agreed to sell Kyrgyzgaz, a state entity that operates the Central Asian nation’s natural gas network, to the Kremlin-controlled energy behemoth Gazprom for the symbolic price of $1. As part of the deal, Gazprom agreed to invest upwards of $600 million to improve the Kyrgyz gas grid, as well as assume Kyrgyzgaz’s estimated $38 million in debt.

The Kyrgyz parliament must ratify the agreement before it can go into effect. The ratification process is expected to get underway in September.

The Kyrgyz company’s indebtedness is such that CEO Turgunbek Kulmurzaev told local media outlet Vecherniy Bishkek that Kyrgyzgaz is effectively “bankrupt.” There is “no other choice” but to sell it, given the company’s difficulty in meeting domestic needs on its own, he added.

Adding to Kyrgyzgaz’s financial woes, Kyrgyzstan, which meets only 2 percent of its gas needs with domestic production, has been dependent on gas imports from its Central Asian neighbors, Kazakhstan and Uzbekistan. Tashkent, in particular, has taken advantage of that dependency to occasionally bully Bishkek, cutting off supplies in order to collect on debts.

Russia has expressed interest in gaining control over the Kyrgyz gas grid since 1993, just a few years after the Soviet collapse. Various factors, including political volatility in Kyrgyzstan, have hindered any deal from being reached – until now. In recent years, the violent ousters of two Kyrgyz administrations – those of Askar Akayev and Kurmanbek Bakiyev -- forced the Kremlin to recalculate its takeover ambitions.

Pro-government politicians, not surprisingly, are hailing the Gazprom takeover. “Kyrgyzstan needs gas, not Kyrgyzgaz,” Melis Erzhigitov, a spokesman for Prime Minister Zhantoro Satybaldiyev, told EurasiaNet.org. “Gazprom will provide the country with an uninterrupted supply of gas and maybe even for a cheaper price.”

Outside of the halls of power, meanwhile, the sale is generating heated debate among political analysts in Bishkek. Critics warn that the deal gives Russia a worrisome level of geopolitical leverage over Kyrgyzstan. Backers of the deal contend that Gazprom’s investment pledge outweighs concerns about any potential loss of sovereignty.

An additional benefit of Gazprom’s involvement would be the Russian firm’s ability to improve the reliability of deliveries from Kazakhstan and Uzbekistan, said Pavel Diatlenko, a political analyst in Bishkek. Uzbekistan would have to think twice before implementing another cut-off in supplies, he said. “The purchase of Kyrgyzgaz fits well within the context of the improving Kyrgyz-Russian relationship,” Diatlenko added.

Critics say that Krygyzstan is merely trading its dependency on Kazakhstan and Uzbekistan for subservience to Russia. Trusting the Kremlin to behave in a benevolent manner is a “politically dangerous move,” said Emil Dzhuraev, a political analyst at American University in Central Asia. He described the Kyrgyzgaz deal as another step in the direction of Kyrgyzstan’s “vassalization.”

“When all these agreements come into force, Kyrgyzstan will have little say versus Russia,” he said.

Kyrgyz leaders don’t seem worried about forging closer ties with Moscow. The 24.kg news agency, for example, quoted President Almazbek Atambaev as saying in a recent speech that “without Russia we have no separate future.”

“Everything was decided in advance, and not by us,” Abdyrahmanov was quoted as saying by 24.kg. He claimed that the government and MPs “obediently” fulfilled Moscow’s wish in exchange for Russian support and a “promise” to build hydro-electric power plants. Abdyrahmanov voted against the measure to set a deadline for the Manas base’s closure.