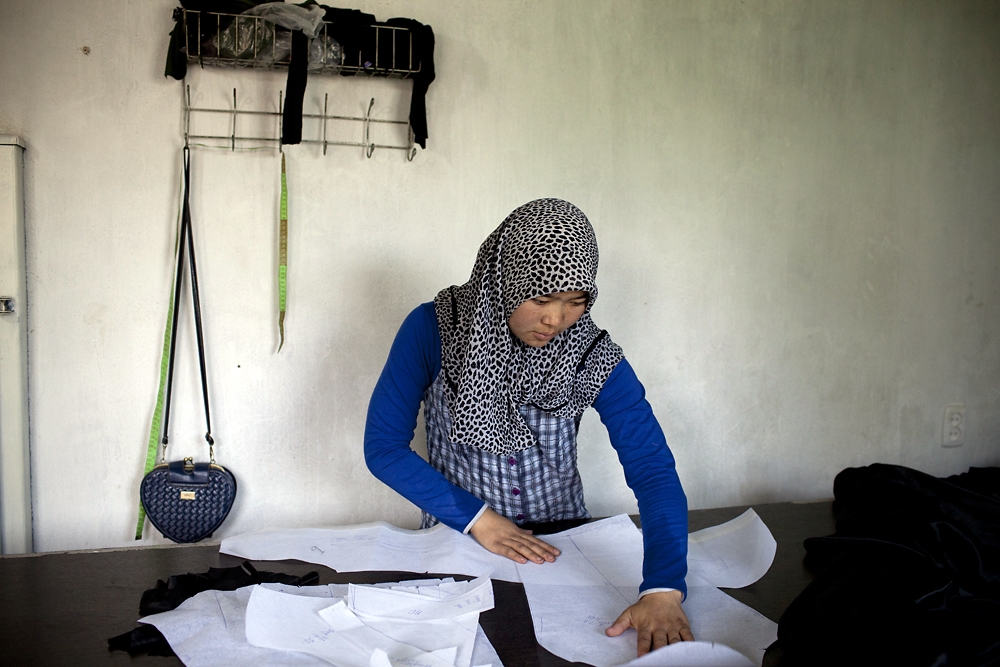 Islamic banking is getting off to a slow start in Kyrgyzstan. But the country’s first brokerage agency following Islamic practices is changing the way Kyrgyz citizens – pious and secular alike – think about finance.

From its offices in Bishkek’s Madina Market, Muslim, as the agency is called, strives to find investors for Sharia law-compliant small- and medium-size business ventures. Muslim also acts as an employment agency, finding, or even creating jobs suitable for believers. “Some [Muslims] want to be drivers, but they can’t transport alcohol,” said Dilyar Turdiev, executive director of Muslim, explaining the reasoning behind his job-creation schemes. “It is hard to find work with Muslim traditions.”

Seventy-five percent of Kyrgyzstanis identify themselves culturally as Muslim, even if many do not practice their faith. Today, some are asking themselves how to make a living in accordance with their religious values. Others are seeking alternative investment opportunities, viewing the vicissitudes of Western-style finance with concern.

In Islamic finance, investors cannot support companies that use products containing alcohol or pork, which are forbidden in Islam. Moreover, Islamic banks cannot charge interest on loans; instead they make purchases or investments outright and sell them back to clients at a profit. Proponents of Islamic finance say that these practices increase transparency and tie together banks and customers, which together share profits or losses.

Muslim, which opened its doors on March 8, operates on a grass-roots level, says Turdiev. The agency, for example, supports a small enterprise in Bishkek, where three women wearing Islamic headscarves, rare in Kyrgyzstan, make affordable Islamic clothing. Tailored to the traditions of Central Asian women, their creations come in a variety of blue, green, and black fabrics. The enterprise has already attracted the attention of Kazakhstani entrepreneurs interested in distributing the clothes in a larger market.

Islamic banking faced daunting hurdles in Kyrgyzstan, where the secular elite has long regarded religion with suspicion. Ultimately, it was the persistence of entrepreneurs like Shamil Murtazaliev that paved the way for agencies like Muslim. In 1997, Murtazaliev bought a local branch of Russian Credit Bank and renamed it EcoBank to “break the monopoly” of the Western-style banking system in Kyrgyzstan and offer Islamic finance as a viable alternatives. He had trouble finding clients initially and says he was even threatened by authorities at the time.

His luck changed when Kurmanbek Bakiyev came to power in 2005. Murtazaliev became the Kyrgyz representative for the Jeddah-based Islamic Development Bank (IDB), which seeks to foster growth in Islamic countries in compliance with Sharia law. By showing Bakiyev the kind of success the IDB had in Malaysia, Murtazaliev convinced the then-president that Kyrgyzstan could also benefit from the system.

The IDB, with 56 participating countries, funds infrastructure projects and offers private sector financing. In July 2007, following a memorandum between the Kyrgyz government and the IDB, Murtazaliev’s bank officially became the pilot project for Islamic banking in Kyrgyzstan and was renamed EcoIslamicBank.

Authorities in the post-Bakiyev era have proven keen to continue working with the IDB. On June 8, at a meeting of the World Islamic Economic Forum in Astana, First Deputy Prime Minister Omurbek Babanov said he was “promoting the principles of Islamic financing based on a memorandum of mutual understanding” with the IDB. That memo aims to turn Bishkek into an Islamic financial services center for all of Central Asia, the RIA Novosti news agency reported.

Murtazaliev admits the demand for Islamic financing in Central Asia is small at present. But he argues the concepts are taking hold. During the global financial crisis, Sharia law-compliant banks around the world proved particularly resilient, as they do not trade in debt or allow derivative transactions. Murtazaliev says this has not gone unnoticed in Kyrgyzstan and that EcoIslamicBank is gaining customers. “We are working not for interest, but for results. This is completely different than the market system, the European system,” he told EurasiaNet.org.

Most of the bank’s current depositors are elderly Russians who joined Russian Credit Bank and stayed on after Murtazaliev bought it. During the first 11 months of 2010, EcoIslamicBank and clients signed 2,274 agreements totaling 867 million som (about $19 million). The average project was valued at 381,000 som (about $8,500), according to the bank's website.

In many cases, these agreements were for a type of financing known as murabaha. The bank buys a house or a car, for example, in the client’s name. Acting as guarantor, the bank handles all the money and signs what is meant to be a transparent agreement with the client. Instead of charging interest, the bank gets its cut by selling the property back to the client at a profit that is agreed upon in advance. If the financing is given for investment in a specific project, the bank takes its profit only after the project’s success. If a venture fails, as at any other bank the borrower still loses money or whatever collateral he used to secure the loan.

At the most basic level, Islamic banking has a very practical function in crisis-prone Kyrgyzstan. Garegin Sarkisov, a Russian man who asked EcoIslamicBank to finance the construction of an apartment building, says the agreement was preferable to the high interest rates offered by traditional banks. He should know. His small household appliances business went bankrupt during the economic instability following Kyrgyzstan’s 2010 uprising. “With this system you will not lose too much,” he said.