A referendum has ensured that Japarov will soon be handed overwhelming powers. 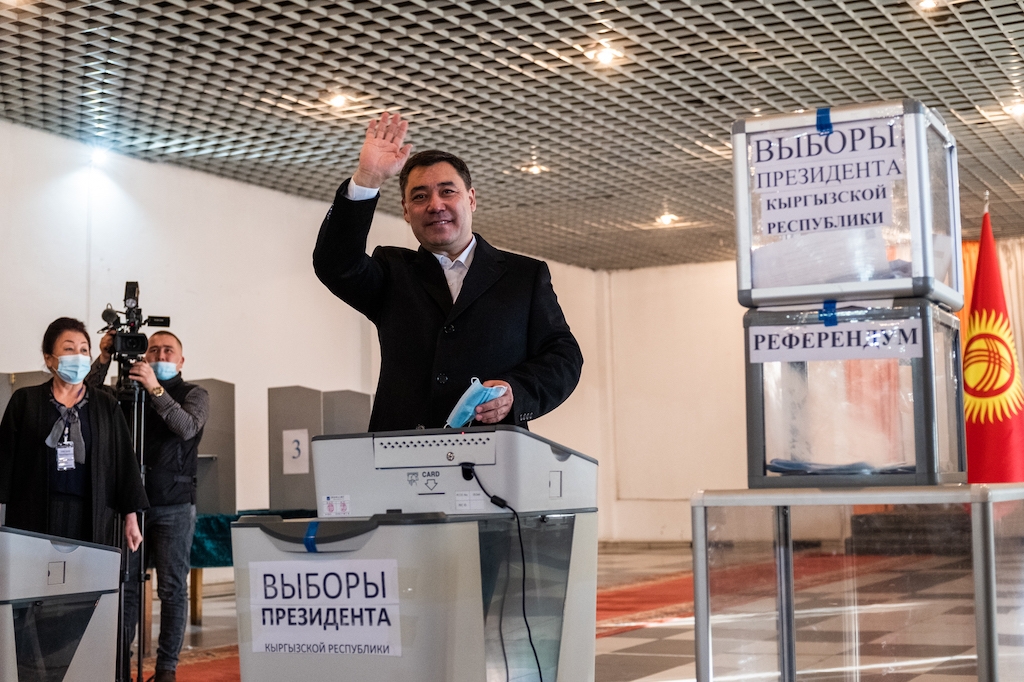 In a widely anticipated outcome, a man who was just three months ago languishing in prison on kidnapping charges secured a commanding victory in Kyrgyzstan’s snap presidential election on January 10.

The result of a referendum held at the same time will soon also hand Sadyr Japarov sweeping new powers and dilute the influence of parliament. For pessimists, this marks the start to a new season of authoritarian rule.

When asked, after casting his ballot in Bishkek, what result he expected, Japarov tried to play it cool, however.

This was disingenuous. Even as polls were just closing, the Japarov campaign team were already erecting a stage on a central square in Bishkek to celebrate a famous victory. 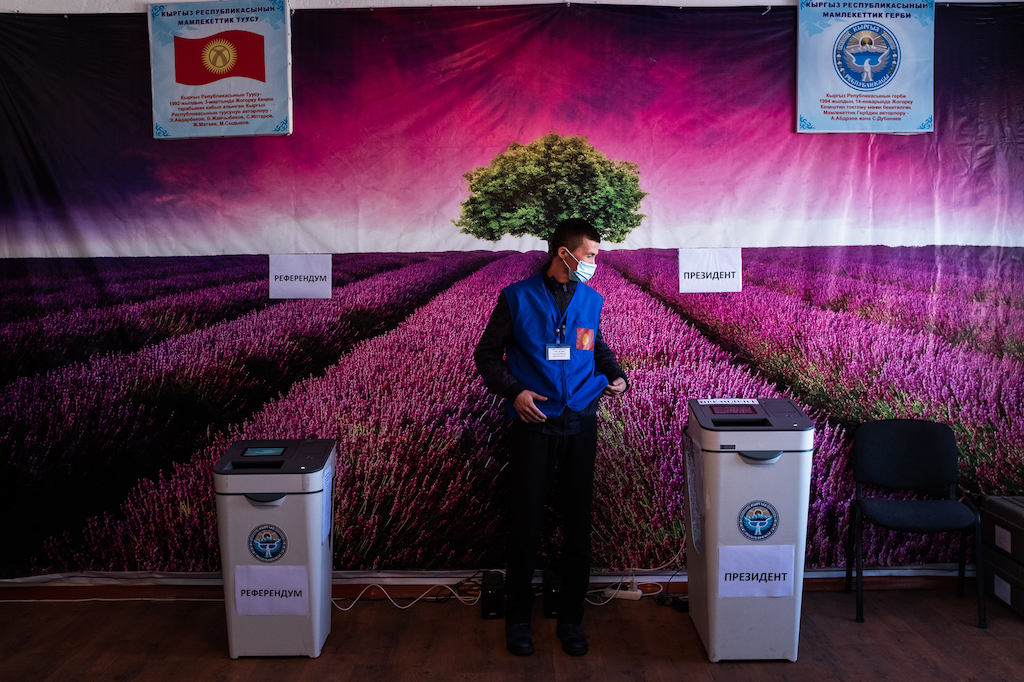 Early results showed Japarov capturing a crushing nearly 80 percent of the vote. A separate ballot asking voters if they wished to be governed by a presidential or a parliamentary system yielded more than 81 percent of support for the former.

“Your votes have given me a lot of strength,” Japarov told his jubilant supporters on the evening of January 10. “I will direct all my strengths toward meeting your expectations. I came to power when the country's strength and economy were in decline. In the near future, I will improve our economic performance and lead us out of the crisis.”

The only dampener has been turnout. At 6 p.m., two hours before polls closed, only around 33 percent of voters had cast their ballot. At the last presidential election, in 2017, that figure was closer to 55 percent. 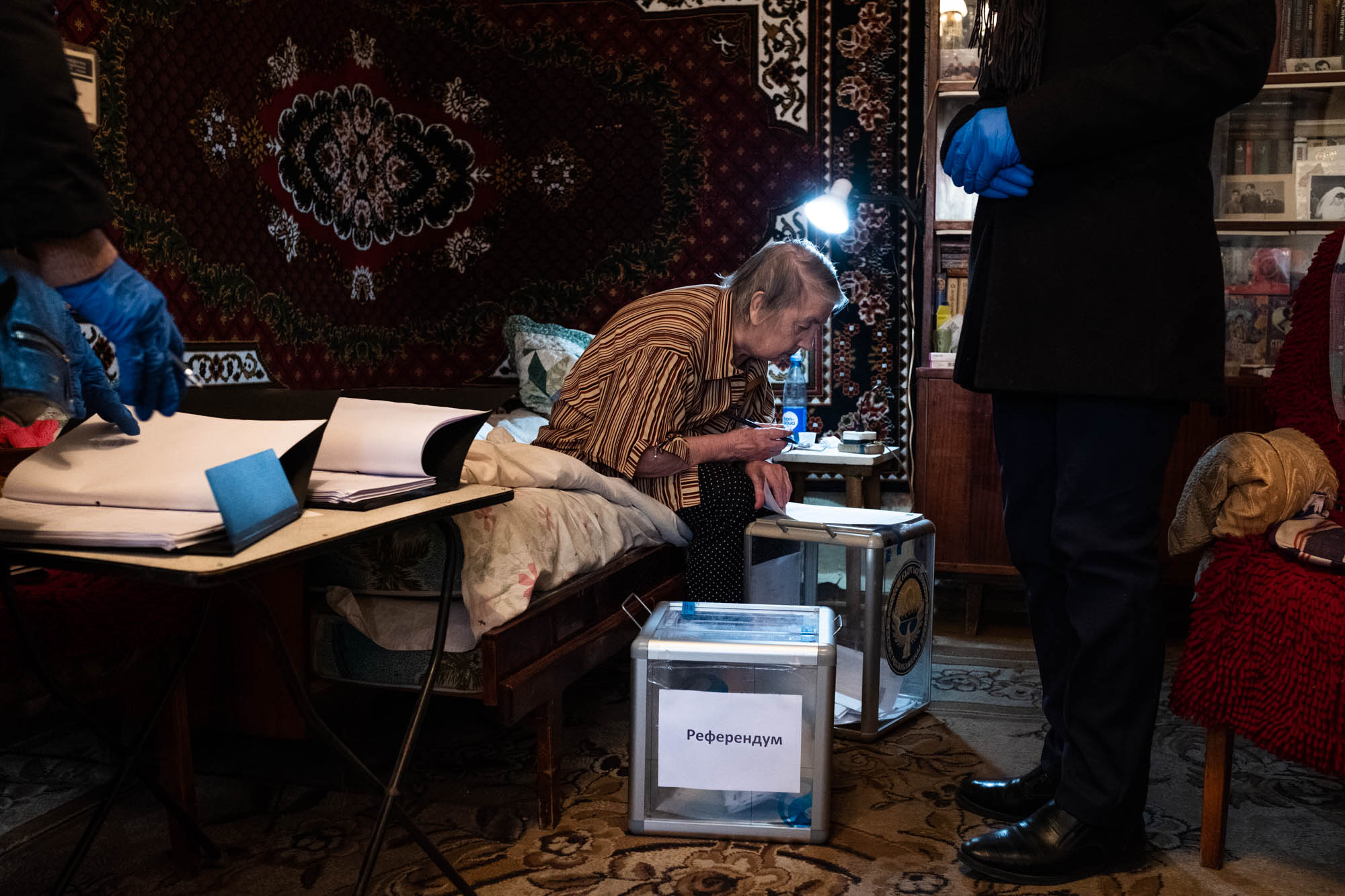 Runner-up Adakhan Madumarov, who won a meager 6.7 or so percent of vote, according to preliminary figures, said he was “sad for the Kyrgyz people.” He seemed angry at them too.

“I appeal to the citizens of the Kyrgyz Republic: we have shown indifference. We are not prepared to defend civil liberties. We have committed an act of historical irresponsibility,” he said. “Let them go ahead and celebrate. But I want to warn you, this will end badly.”

Another losing candidate, Klara Sooronkulova, a former judge in the Constitutional Chamber who has become a vocal anti-corruption activist, appeared more resigned.

“We should respect [Japarov],” she told Kaktus news website.

Sooronkulova was similarly philosophical about the referendum result – surprising in light of how concertedly she has resisted what she has cast as a slide into authoritarian rule.

“The way it was conducted, of course, was completely wrong. But in any case, we must not lose heart and we have things we can get to work on,” she said.

The election caps a remarkably rambunctious three months of political life in Kyrgyzstan. A parliamentary election in early October was set to bring about a largely pro-status quo legislature.

But President Sooronbai Jeenbekov had not accounted for how much fury the carefully engineered vote would inflame. Anger turned into protests, which turned into rioting. Several imprisoned politicians were released in the chaos that ensued.

Chief among them was Japarov, a nationalist rabble-rouser who was with incredible haste anointed a new leader for the country by his passionate and often aggressive supporters. Not content with that, the team around Japarov, who was at one stage acting as prime minister and president at the same time, swiftly pushed through efforts to end Kyrgyzstan’s never-serious experiment in parliamentarianism. The referendum is the successful culmination of those efforts. 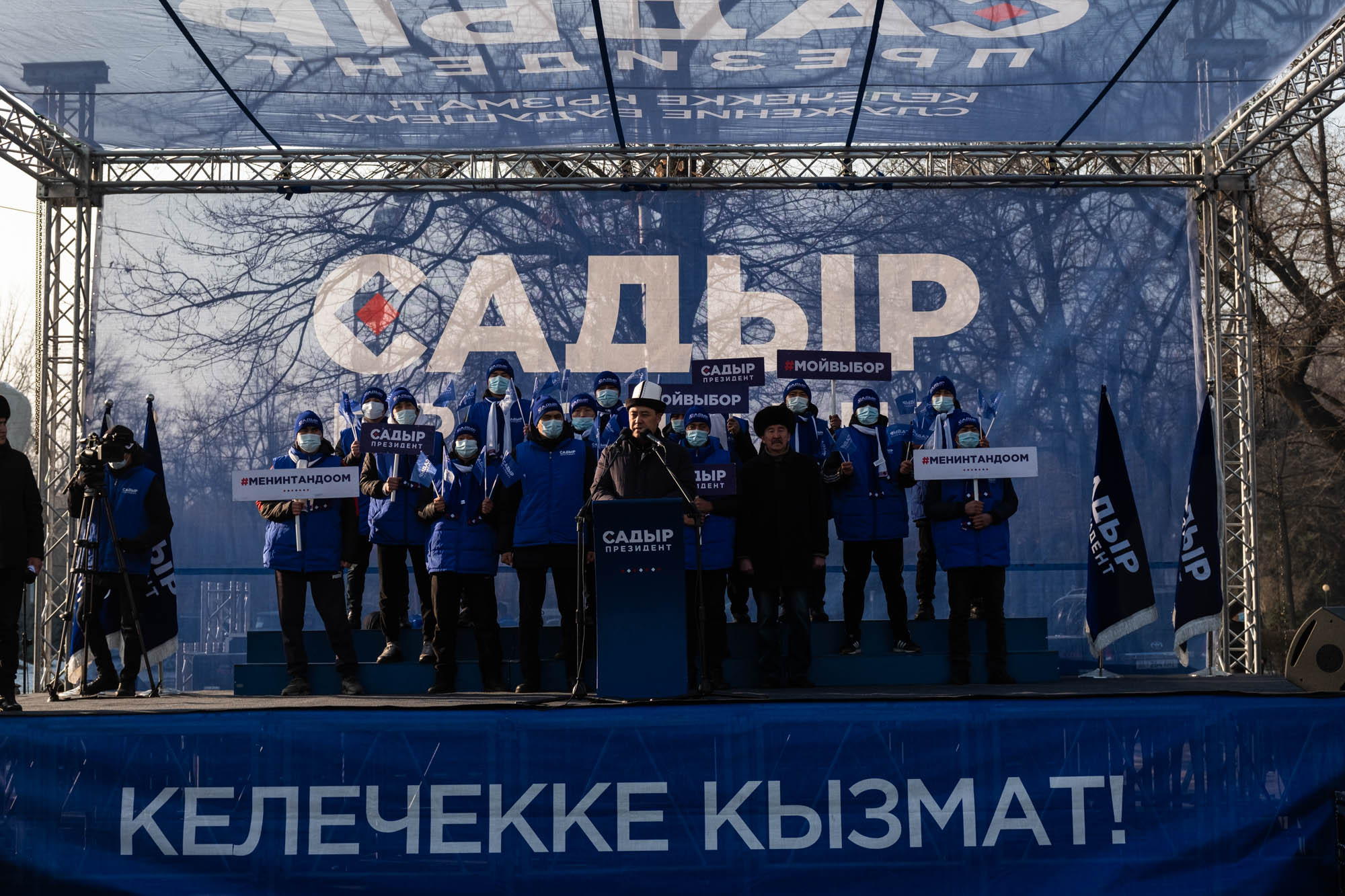 Even before the day was out, politics researcher Asel Doolotkeldieva was expressing dismay at this turn of events.

“I can't believe today Kyrgyzstan votes for a president and potentially strong presidentialism! Just three months ago, we protested against [fraudulent] elections. Then our frustrations were hijacked by a semi criminal populist group,” Doolotkeldieva wrote in English on her Twitter account.

Kloop news website stationed around 1,500 observers across the country to record possible violations. They reported that the main problem appeared to be with the electronic ballot box machines. By 6 p.m. the website had reported around 745 incidents of malfunctioning ballot boxes.

Asked to comment on the low turnout, Central Elections Commission chairwoman Nurzhan Shildabekova said it was the result of a decision to scrap the Forma-2 ballot, which was a procedure whereby people could cast their vote at a precinct not in their place of residence. This provision was intended to account for the vast scale of internal migration, but election monitors had said it left the system open to vote-buying during the October elections.

“Scrapping Forma-2 was an anti-constitutional decision pushed through by the will of parties that lost the October 4 election. Every citizen has freedom of movement. It is absurd and anachronistic to deny people the opportunity to vote by tying them to the polling station where they are registered as living,” Azimov wrote on Twitter.