Putin has thrown his weight behind the mine. Will he regret it? 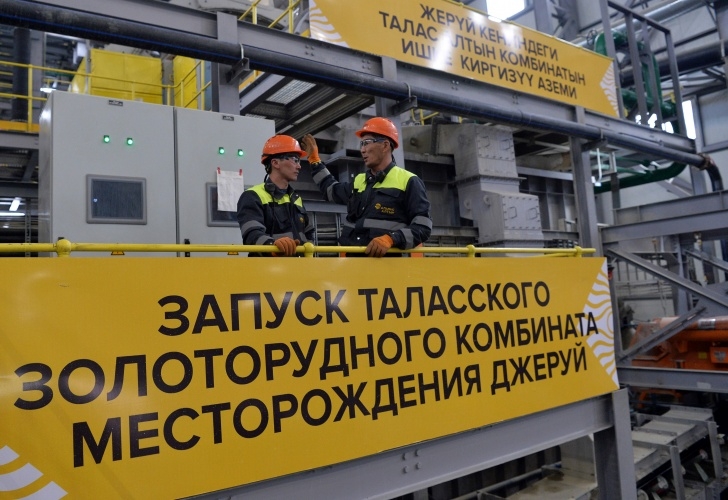 Kyrgyzstan's second-largest gold mine has moved into production, beginning what could become the country’s largest Russian investment project since independence.

In a testament to the project’s perceived strategic importance, Russian President Vladimir Putin attended the March 17 inauguration via video link.

“The start of operations at the Talas ore plant in the Jerooy field is indeed of great significance to Russian-Kyrgyz economic cooperation and, overall, to the further strengthening of the partnership between our nations,” Putin said.

Although Russia is Kyrgyzstan’s closest – some would even say most overbearing – ally, its investors have often been outmaneuvered or outgunned in the raw resources sector by companies from China and the West.

The $600 million pledged by Alliance Altyn, the Kyrgyz-based subsidiary of a company controlled by Russian tycoon Musa Bazhayev, marks a bold change in tack.

Getting involved in mining projects in Kyrgyzstan, however, is fraught with potential complications.

Jerooy had been expected to go online at the end of last year, but the start to operations was pushed back by an arson attack on October 6. That particular incident occurred just as the country was being convulsed by the political turmoil that ultimately paved President Sadyr Japarov’s ascent to power. Japarov was present in person at the Jeeroy inauguration ceremony.

Alliance Altyn estimates that the marauding at its facility may have cost it anywhere up to $15 million.

Putin said Russia was “counting on the support of [the Kyrgyz] government” in making the mine a success.

Japarov desperately needs Jerooy to work. Another gold mine, Kumtor, has been Kyrgyzstan’s cash cow for over two decades.

Even so, the Canadian-run operation is still more lucrative than Jerooy for the time being. Jerooy is expected to produce five tons of gold per year, far short of the 16 tons projected for Kumtor in 2021.

Kyrgyzstan needs every bit of cash it can get these days. The coronavirus pandemic may have wiped more than one-tenth off the value of the economy in 2020.

Now that he is in charge of dealing with this mess, Japarov is being forced to hew to a more pragmatic line than he used to.

When he was an opposition, nationalist-minded firebrand, he curried popular favor by demanding nationalization of Kumtor. Even in the weeks after mobbing his way into office, he appeared to take potshots at Jerooy’s developers and several Chinese companies whose investment came under assault.

The attacks, he said on October 23, were the result of “reluctance by companies to cooperate with the local population, as well as non-compliance with international requirements on environmental issues.”

Japarov struck a different tone at the Jerooy inauguration ceremony. He thanked Alliance Altyn for tax and other payments totaling over 1.5 billion som ($18 million) and practically begged the people of Talas, whom he described as “descendants of the great [Kyrgyz mythical hero] Manas,” to back the investment.

On his way to the mine, Japarov stopped his motorcade to meet with protesters who have raised environmental concerns.

Putin likewise sought to mollify objectors. The use of cutting-edge technology will ensure there is no damage to the environment, he promised.

He added a cash sweetener too. Jerooy's developers, who are sourcing finance from Russia's majority state owned VTB bank, will pay $2 million per year into a local social development fund, he said.

Russia needs this project not to go the way of previous big-dollar forays.

Its biggest investment pledge before now had been a $3 billion hydropower project along the Naryn River. But Kyrgyzstan’s government tore up those agreements in 2016 after years of glacial progress.

Almazbek Atambayev, who was president from 2011 to 2017, suggested at the time that Russian state-owned companies had only failed to live up to their commitments because of the slump in global oil prices.