A Kyrgyz outlet says $60 billion of goods may have been smuggled into the country from China over a 20-year period. 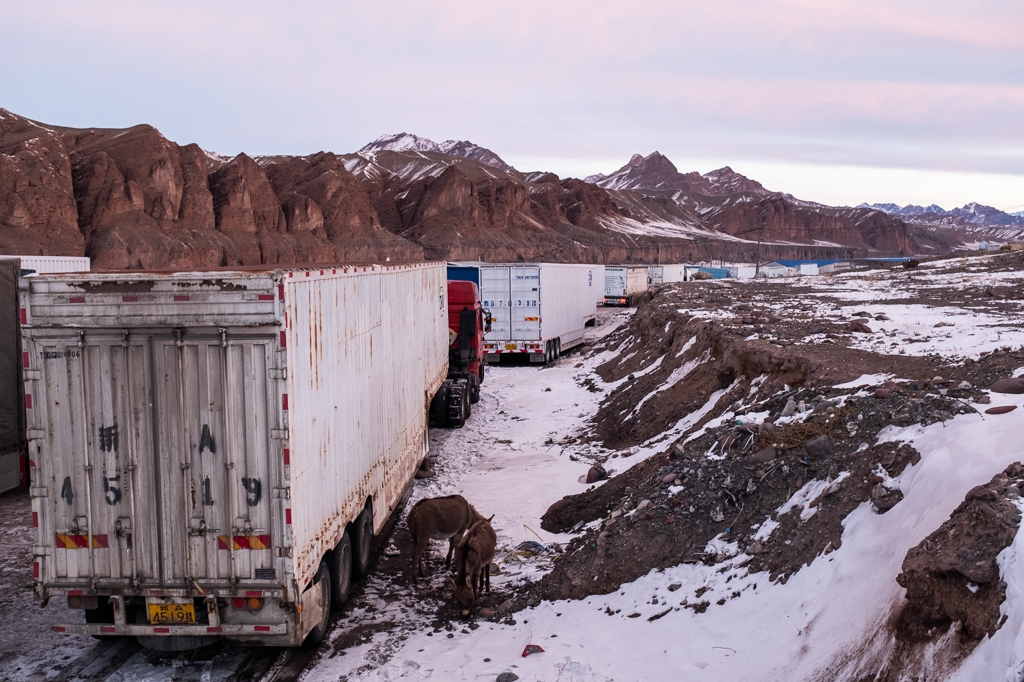 As customs officials from Kyrgyzstan and Kazakhstan sat down with their Russian colleagues this week to explore ways of stemming a torrent of smuggled Chinese goods flowing into their trading bloc, some embarrassing data came to light.

As Kaktus, a Bishkek-based news outlet, appears to have discovered after doing some number-crunching, many dozens of billions of dollars in goods may have been smuggled across the Sino-Kyrgyz border over the past couple of decades.

Data from Kazakhstan, meanwhile, indicates that something in the order of $7 billion of undeclared wares came across from China last year alone.

Kaktus arrived at its figures by turning to data reproduced by the World Trade Organization and the International Trade Center from 2001 to 2020. What it found was that while China over that period declared that it exported goods to Kyrgyzstan worth $76.5 billion, Kyrgyzstan estimated the flow at only $16.1 billion.

That is a $60 billion difference. For the sake of perspective, that is equivalent to about eight years of Kyrgyzstan’s gross domestic product, which is around $8 billion.

Such discrepancies in customs data are also a hot topic in Kazakhstan, where President Kassym-Jomart Tokayev last month flagged up the “chaos being wrought” by smuggling on the Sino-Kazakh border.

Data from the National Statistics Bureau in Kazakhstan routinely reveals the size of the problem, although little firm action has ever been taken. The government in Nur-Sultan reported, for example, that the value of inward-bound goods in January-December had reached $18.1 billion. Chinese customs data put it at $25.2 billion.

This is not just a domestic embarrassment. Customs levies from these countries are fed into the communal pot of the Eurasian Economic Union, a Russia-led trading bloc. The underreporting of the value of imports from China was very much on the agenda when customs officials from Kazakhstan, Kyrgyzstan and Russia met this week.

Of all the bloc’s members, only Russian customs data on imports from China shows a relatively small 8 percent discrepancy when contrasted with Beijing’s figures, according to Kaktus’ research.

Statistics from other bloc members for the period 2016-2020 indicate that smuggling is rife: the discrepancy revealed by statistics from Armenia stood at 219 percent; in Belarus, the figure was 114 percent; in Kazakhstan, it was 109 percent.

Kyrgyz customs officials have, like their Kazakhstani counterparts, tried to explain away the inconsistencies as the result of differing data-collection methodology.

But as Kaktus argued, the discrepancy should, if that were the case, be broadly similar for goods going in both directions. It is not.

The discrepancy for Chinese goods imported into Kyrgyzstan stood at 376 percent, an analysis of one five-year period (2016-2020) showed. For goods going the other way, the difference was just 16 percent.

These revelations are unlikely to cause much surprise. That the Kyrgyz customs service is riddled with corruption is an open secret. Investigative journalists in 2019 published a series of bombshell reports documenting how a massive contraband ring in Kyrgyzstan involving imports from China was costing the state’s coffers countless millions in lost duties.

The main suspected culprit in these shenanigans is a politically influential former senior customs official called Rayimbek Matraimov. Last year, he was convicted on corruption charges but allowed to go free after paying $24 million in compensation. His detractors say that amount is a fraction of the vast riches he has amassed over the years.

In Kazakhstan, President Tokayev is at least making a show of going after corruption in the customs department. Since he began fuming about the situation last month, eight criminal cases and 24 administrative cases have been filed by investigators.

Talking to Tokayev on February 14, Zhanat Elimanov, director of the financial monitoring agency, tried to reassure the president that clean-up efforts are already yielding dividends. Last month, he said, collection of customs duties and taxes on the border had risen by 20 percent, although he did not specify whether he was drawing comparisons to the previous month or to January 2021.