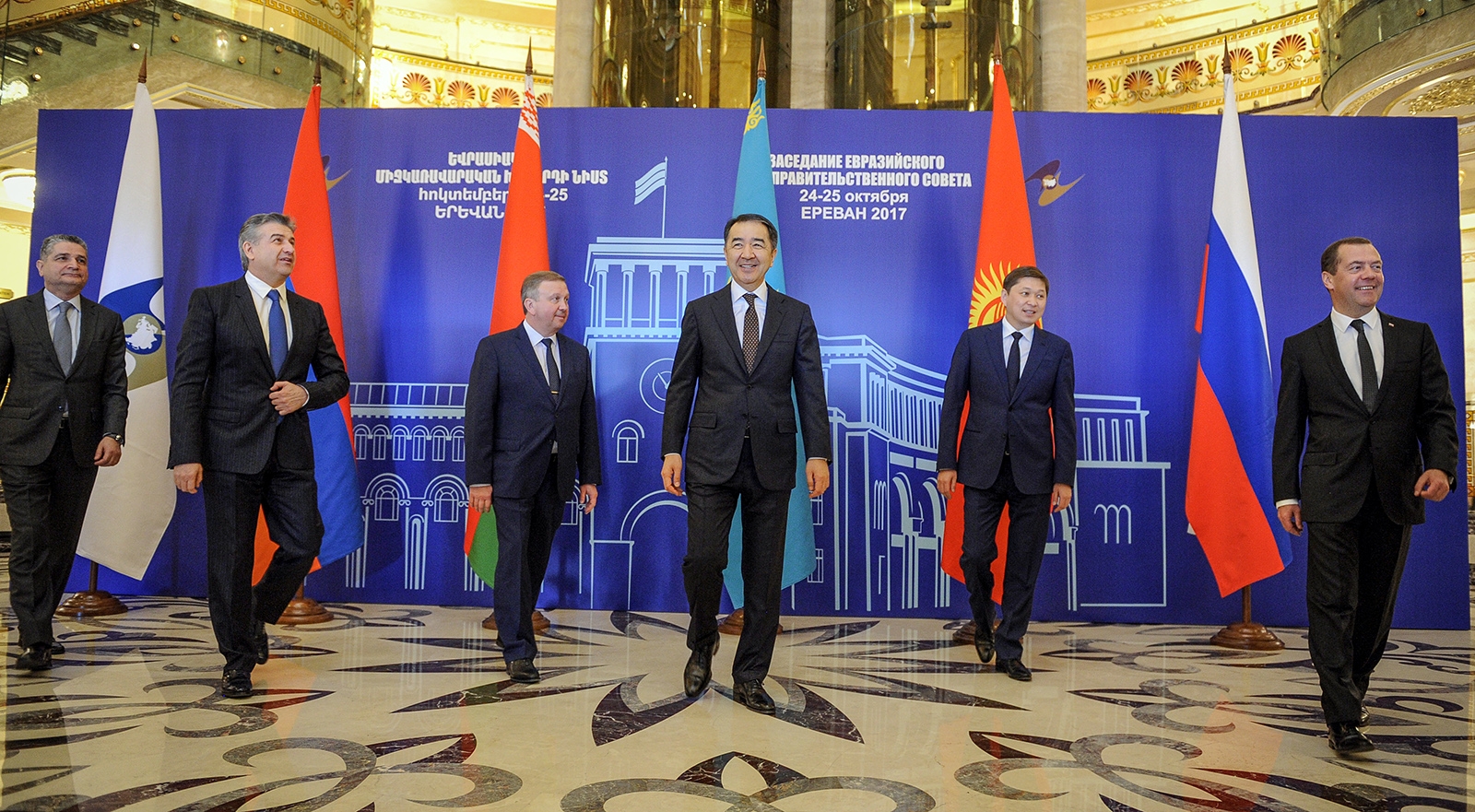 Kazakhstan has signaled its determination to stick to its guns in its ongoing diplomatic row with Kyrgyzstan by purportedly refusing to sign off on a roadmap on settling a border dispute.

Kyrgyz Economy Minister Artyom Novikov revealed on November 25 that Kazakhstan is dragging its feet despite attempts to thrash out problems during a Eurasian Economic Union heads of government summit in the Armenian capital, Yerevan.

“The signing of the roadmap did not occur. Further work will have to be done with existing mechanisms within the EEU and in our bilateral consultations with Kazakhstan. After that, appropriate measures will be adopted,” Novikov told reporters.

Novikov said that Kazakhstan’s decision to complicate procedures for crossing the border are in violation of rules established by the EEU — a Moscow-led trade bloc that also includes Armenia and Belarus among its members.

But Kazakhstan’s Prime Minister Bakytzhan Sagintayev said at the EEU summit that the tightening of controls where a regular part of his government’s attempt to clamp down on smuggling.

Sagintayev said that EEU had collectively lost $2.68 billion in sales tax revenues in the first eight months of this year alone because of the high level of smuggling from China into Kyrgyzstan.

“Everything that is being done on the border is not in any way being directed at Kyrgyzstan. During our checks we are receiving confirmation of everything we are talking about,” Sagintayev said.

Kyrgyz Prime Minister Sapar Isakov replied to this point by saying that the increase of border controls is creating difficulties for citizens of both countries.

“I would like to focus on the kilometers-long lines at the border that are truly creating unhappiness among the people of both nations, because the vehicles standing there are not just Kyrgyz but also Kazakhstani cargo trucks,” he said.

Outgoing Kyrgyz President Almazbek Atambayev ignited the row with Kazakhstan on October 7, when he indulged in a rambling rant in which he accused Astana of retaining sympathies for Kurmanbek Bakiyev, the Kyrgyz leader deposed in a bloody revolt in April 2010. The remarks were a testy outburst in response to what Kyrgyz authorities have said was Kazakhstan’s transparent backing of a presidential election candidate opposed to Atambayev’s close ally, Sooronbai Jeenbekov, who eventually went on to win. A few days after Atambayev made his remarks, Kazakhstan’s border officials began intensifying cross-border procedures.

In the days running up to the EEU summit, Kyrgyzstan adopted its own stance of intransigence by starting to go through the motions of formally rejecting a $100 million aid package offered to it by Kazakhstan. Speaking to the parliament’s budget and finances committee, Kyrgyz deputy prime minister Duishenbek Zilaliyev said on October 23 that Astana had long delayed the promised payment and that the funds were no longer needed. Kazakhstan said it was offering the funds to help Kyrgyzstan build border facilities that would help its exporters better comply with EEU-mandated standards.