Officials predict $1Bln in trade in 2020, but as things stand, that looks optimistic. 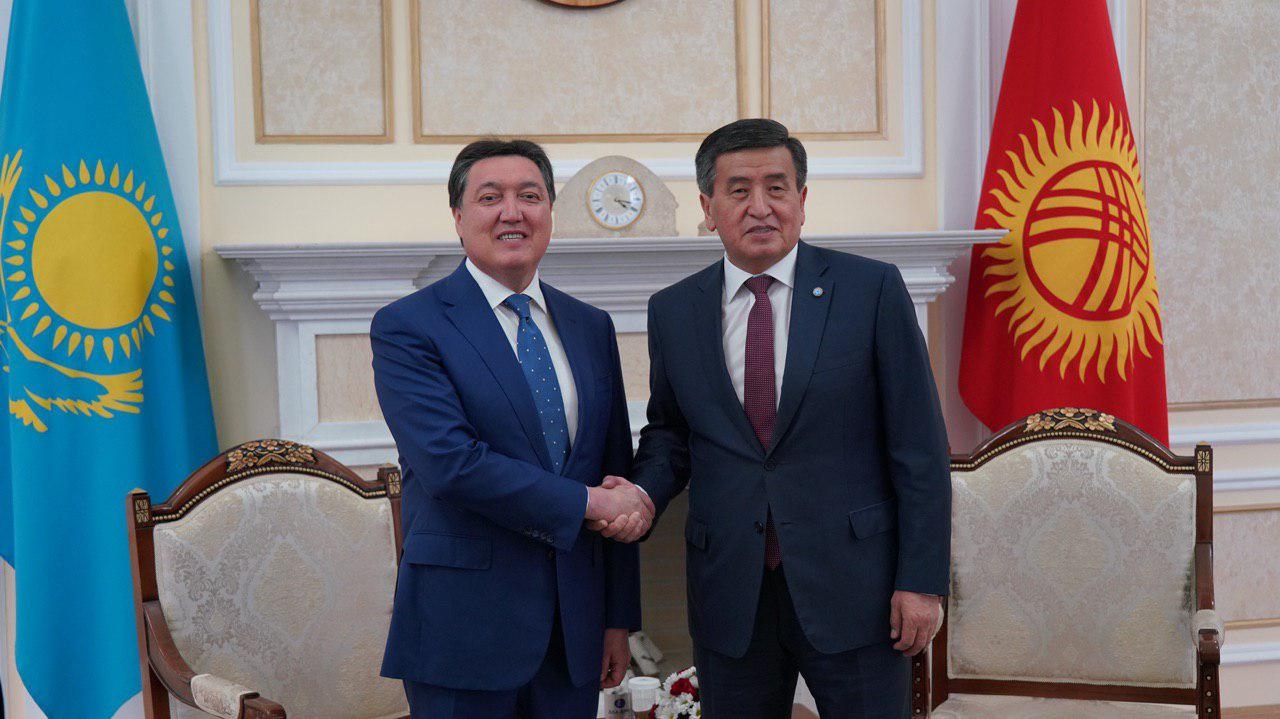 The whole purpose of the Russia-engineered Eurasian Economic Union was to bind member nations more closely. In Central Asia, this goal is proving elusive, although officials remain confident better times are imminent.

In a July 29 report, economic analytics website Ranking.kz reported that Kazakhstan and Kyrgyzstan had done $318.3 million worth of trade in the January-May period, marking a 10.5 percent drop compared to the same period in 2018. The report was based on Kazakh government trading data.

Exports from Kazakhstan experienced a collapse – 16.6 percent, to $217.5 million. Figures on Kyrgyz exports, meanwhile, looked more encouraging. They came in at $100.8 million, equal to a 6.3 percent bump.

Half of the goods exported by Kyrgyzstan are listed in official Kazakh trading data as “mineral products,” likely a reference to gold, which is at present a cornerstone component of the Kyrgyz economy. Kazakh exports are more diversified, comprising in the main of foodstuffs, fuel, mineral and chemical goods, and, to a lesser extent, machinery and metals.

As figures stand, bilateral trade is set for another so-so year. This has not stopped officials from predicting that Kazakhstan and Kyrgyzstan are on the cusp – as soon as 2020 – of getting to the point of doing $1 billion in annual trade.

Kazakhstan’s Prime Minister Askar Mamin spoke in that optimistic vein when he traveled to Bishkek earlier this month to attend the 8th Kazakhstan-Kyrgyzstan Intergovernmental Council.

The array of bilateral deals concluded during that event were meant to bolster the message. A glance at what is mostly a list of a memoranda of understanding, cooperation agreements and action plans does not inspire great confidence, however.

As an RFE/RL analysis from late May pointed out, multiple sticking points continue to hinder potential. In comments quoted by the broadcaster, Kyrgyzstan’s Deputy Economy Minister Eldar Alisherov grumbled in no uncertain terms about the recurrent problems at the Kazakh-Kyrgyz border.

“Kazakhstan really overdid it and introduced unjustified checks. After negotiations, these inspections were lifted, but there is talk again that they are about to be reintroduced. Lines of cargo trucks have begun to appear at the border. In other words, Kazakhstan is deploying not economic but regulatory measures that create limitations at the border,” Alisherov said.

Bishkek’s gripes on this front have been and continue to be brought up at the level of the Eurasian Economic Union, or EAEU – evidently in the hope that Moscow might be availed upon to intervene – but to little discernible effect.

There is a pile of knotty problems underlying these recurrent troubles.

When hundreds of trucks were held up at the border in March-April, Kazakh officials put this down to unwillingness by freight companies to submit to customs inspections. The position of the cargo companies is not hard to understand since transporting goods across national borders within a customs union without having to undergo customs inspections is surely the whole point. Kazakh customs officials, however, argue that their inspections were needed to ensure that prohibited goods were not being smuggled in and that cargo manifests were accurate.

“On March 27 at the Kara-Suu checkpoint, nine vehicles carrying goods from China and Turkey were searched. In all cases, inaccurate information was detected,” the state revenue committee at Kazakhstan’s Finance Ministry said in a statement at the time.

Then there is the related corruption issue. Kazakhstan has openly complained about the problem of non-EAEU-sourced contraband filtering through loose Kyrgyz customs points.

The claim, in short, is this: in return for a consideration, certain Kyrgyz customs officials are said to allow goods to flow in without the requisite paperwork or customs dues. By doing so, they deprive the EAEU as a whole of customs revenue while flooding the trade bloc with contraband goods.

It will have been embarrassing for Bishkek in April, when a court in Kazakhstan sentenced a former Kyrgyz member of parliament, Damirbek Asylbek uulu, to 10 years in prison on charges that he formed a transnational criminal network and engaged in the smuggling of contraband goods across international borders. The extent of Asylbek uulu’s connivance with serving Kyrgyz (and Kazakh) officials has never been publicly divulged.

Then again, many in power can prove immune to embarrassment.

When Asylbek uulu was arrested in February 2018, Kyrgyz President Sooronbai Jeenbekov was largely mum, noting only that the member of parliament, who had actively supported his run for office in 2017, had “acted foolishly.”

Then there is the matter of good, old-fashioned protectionism, something that a customs union is supposed, in theory, to render obsolete.

Kazakhstan and Kyrgyzstan alike have socially and economically important, but chronically trouble-ridden, agricultural sectors. Periodic mutual bans on the import of certain goods, be they fruit and vegetable crops or meat, are too many to list, but some episodes are exemplary.

Last October, Kyrgyzstan slapped a ban on the import of chicken meat from Kazakhstan, citing concerns about a possible outbreak of avian flu. Kazakhstan duly returned the favor, restricting the import of meat from Kyrgyzstan – a fairly predictable measure that forced a rethink in Bishkek. Bans, counter-bans, and the ensuing clumsy diplomacy-by-public declaration that follows, define relations for these brother nations.

The opaque and often haphazard nature of decision-making in the region – even in relatively transparent Kyrgyzstan – makes it difficult to divine whether these episodes are genuinely science-based, economically motivated or just political muscle-flexing.

But that they are happening at all makes something of a mockery of the EAEU. And, unless things are tightened up soon, they strain the feasibility of $1 billion projections.