The race angle is being discounted by Bishkek police. 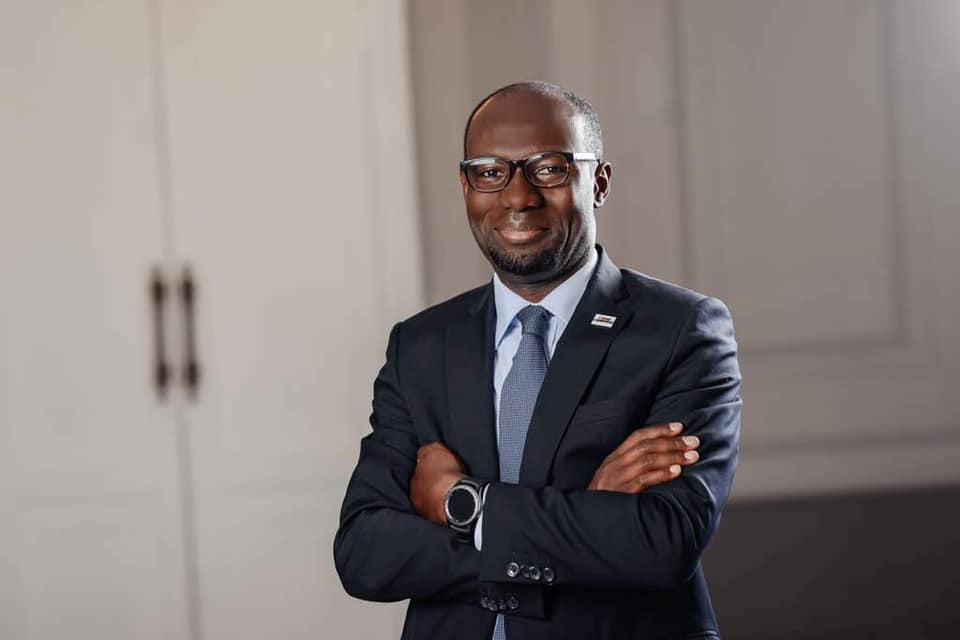 In the middle of one afternoon earlier this month, a young man killed a foreigner on a busy street in the center of Kyrgyzstan’s capital.

Surveillance footage shows how the confrontation began, with a sharp exchange of words that quickly escalated when the 22-year-old smashed the other man in the face, knocking him heavily to the ground.

Onlookers quickly came to the stricken man’s assistance. But Aliyu Tijjani Abubakar, 38, who was from Nigeria, would never recover from his injuries. On July 5, after lying in a coma for a few days, he died.

For some, the killing of Abubakar, who had lived in Bishkek for more than a decade and ran a popular English-language school, is a reflection of an alarming proliferation of violent, thuggish behavior among Kyrgyzstan’s younger generations. But many worry it may also have exposed a disturbing strain of racism in Kyrgyz society.

The race angle is being discounted by the police, which detained the suspect soon after the attack. They appear inclined to accept the alleged attacker’s own testimony.

The attacker says that he was speaking to his friends via a live group video chat and that Abubakar mistakenly believed he was filming him without permission. The suspect said that when Abubakar stated hollering insults and making angry demands, he could not contain his temper and lashed out.

Family, friends and former students of Abubakar contacted by Eurasianet dismiss this account. They describe Abubakar as somebody with a mild and considerate personality who would never have got into such a heated argument with a perfect stranger. The attacker was indeed likely filming Abubakar and sharing the images with his friends, they said. Dark-skinned people living in Kyrgyzstan say this kind of thing happens to them all the time.

“When the incident happened, Ali was on the phone to his wife, they were talking about what tablet they wanted to buy for their daughter,” Abubakar’s brother, Abdul-rahaman, told Eurasianet. “And this guy had been following him from one shopping center to another. Just so he could work out what was going on, Ali told his wife: ‘I’ll call you back.’”

Abubakar’s death caused enough of a public sensation that the prime minister took the case under his own personal control. But Abdul-rahaman thinks that the suspected killer is still being shielded by the police.

“Attacks like this happen to us every day. It happened today, it happened yesterday. And what are we supposed to do? Just keep quiet,” he said. “And if you dare say something, they just tell you: ‘Don’t you forget where you are.’”

This sense of indignation has been reflected among many online commentators.

“In the Soviet Union, they taught us well to lie about internationalism, but the truth is that we were and remain, very unfortunately, a racist society,” wrote Facebook user Ainura Cholponkulova. “There is, of course, a little haven of educated, critically minded people unburdened by stereotypes, xenophobia and racism. But in general, we are a society of racists.”

This kind of stark assessment has put up many backs and prompted people to scramble for broader and more forgiving explanations. Bolot Kolbayev, a journalist, places the blame on the poor upbringing that many Kyrgyz children are receiving.

“This guy who killed Ali was not from another planet. He is our guy, educated by our society, a guy who went to sporting clubs and bragged to his friends about how he beat up some ‘rival’ the day before,” Kolbayev wrote on Facebook.

And then there are those who believe the racism angle has been totally concocted.

“Yes, we have a problem with young people – they fight and mutilate and kill, but we are not racists,” said Facebook user Aziz Israilov. “The fact that this has caused such a major clamor shows precisely that we are not racists.”

While it is true that the Kyrgyz, like other nations in Central Asia, pride themselves on their culture of hospitality, the pockets of minorities that live in cities like Bishkek and Osh, down in the south, are adamant that racism is a real problem.

Among those that feel this most intensely are the students from South Asia that flock to Kyrgyzstan to complete medical degrees. Limited places in colleges back home and the competitive fees charged by Kyrgyz universities make this a popular option.

An Indian businessman, who came to Bishkek to study almost a decade ago and has lived there ever since, said that he bumps up against xenophobic attitudes almost daily while walking the city streets.

“If I walk from Sovetskaya to Manas and you walk with me, you will hear at least three times something bad like cherny [black], or sometimes dolboyob [fuckwit] or nigger,” said the businessman, who offered his comments to Eurasianet on condition of anonymity.

Because of the frequency of assaults that they face at the hands of aggressive young men, people with obviously foreign appearance are often advised – by their universities in the case of undergraduates – to move around in groups.

“Whenever I'm in such a situation I go next to a babushka [granny] and it helps a lot,” the businessman said. “Babushkas are the most powerful [people] in this country.”

South Asians interviewed by Eurasianet over the years have said that they struggle to rent apartments too. Property rental websites routinely carry notices that specifically advise that the owner of the apartment does not want calls from Indian students.

One young Kyrgyz woman contacted by Eurasianet, who also asked to remain anonymous, lived in Kyrgyzstan with her African-American husband from 2013 to 2016. She said the only reason people did not openly insult him was his robust physique.

“But our people would still take photos secretly and film videos, as if they had just seen a unicorn. There were a couple of times when I was asked: ‘What, are there no Kyrgyz men left?’ But they immediately came to regret asking me that question,” she said.

Both she and the Indian businessman agreed though that the situation is gradually improving and that getting stares and unwarranted attention is becoming less common.

“We are growing somehow in a positive way,” the businessman said. “The people who are doing it, the racist crowd … they grew up like this. It is better to educate them. They are not bad people, they just don't know. Their mindset can be changed.”

Abubakar’s brother takes a less conciliatory view. He plans to leave Kyrgyzstan as soon as possible, even though he says he loves the country. Living in what he calls a system with poorly functioning laws has become unbearable.

“It is shameful when your kin is breathing, everything is normal and just like that …” Abdul-rahaman said, trailing off. “It is just so stupid.”

“I guarantee that if he was white, this would not have happened to him. Yes, we have dark skin, that was how God made us,” he said. “And I am not just saying this because of what happened to my brother. It has always been like this.”

This article originally referred to the deceased as Ali Abubakar, as he was known on Facebook. The article has been amended with his full name, Aliyu Tijjani Abubakar.