Any alphabet switch remains hypothetical due to budget and geopolitical considerations. 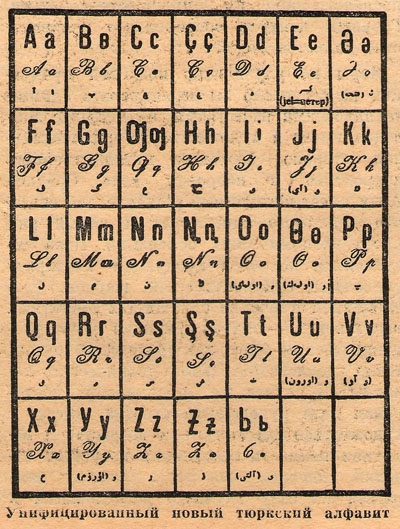 An off-the-cuff comment by a freshly appointed Education Minister in Kyrgyzstan about a potential change of alphabet for Kyrgyz has cause frenzied discussions online, even if the proposal seems a long way from reality.

Kanybek Isakov set tongues wagging on September 11 when he expressed support for a switch from the Cyrillic to Latin alphabets in response to a question from a lawmaker at his confirmation hearing.

Camps for and against the change quickly divided Facebook users as media outlets sent reporters out onto Bishkek’s streets to test the public pulse.

Debates over the most fitting alphabet for Kyrgyz have simmered throughout independence. In the pre-Soviet and early Soviet period, the language was rendered in Arabic characters. Latin letters were then used from 1928 to 1940.

The conversation was given fresh impetus by Kazakhstan’s decision last year to embark on the switch. There, former President Nursultan Nazarbayev decreed that the transition to Latin script should be complete by 2025.

Uzbekistan took the plunge back in 1993, although over a quarter century later the conversion feels only half-complete. While Uzbek-language street signs are in Latin, Uzbek-language books and websites are often rendered in Cyrillic.

Supporters of Latinization in Kyrgyzstan have typically used arguments similar to those advocated in Kazakhstan for Kazakh, including by Nazarbayev himself – namely, that it will make Kyrgyz more adaptable to the internet age and help citizens learn English faster.

A separate argument rooted in desire for “decolonization” sets proponents on a collision course with defenders of the so-called “Russian World” championed by a geopolitically emboldened Kremlin in recent years.

Kyrgyz political analyst Elmira Nogoibaeva said on Facebook that changing the alphabet would be “a step towards real sovereignty,” adding that the weight of a historic mission now lay on Isakov’s “mighty shoulders.”

President Sooronbai Jeenbekov said last year there were no plans to begin any transition to Latin for Kyrgyz during his presidency, which is due to conclude in 2023.

His now-jailed predecessor, Almazbek Atambayev, went even further during his time in office, arguing that Latinization could divide Turkic nations, rather than uniting them as advocates suggest. The Cyrillic alphabet he said, had allowed Turkic peoples "a unified culture in Eurasia."

Both presidents current and former are unfailingly loyal to Russia, which has said little on the hot-button topic, characterizing the switch in Kazakhstan as an internal matter.

But the large volume of pro-Moscow commentaries expressing displeasure with the trend indicates Russia may be uneasy over the prospect of a cultural setback in the region where it has privileged interests.

Earlier this year, a website run by a Moscow-based organization called the Foundation for Strategic Culture branded Latinization in Central Asia “an instrument of U.S. geopolitics.” The article, a response to a piece hailing Latinization and the decline of Russian-speaking on the Pentagon-funded website Caravanserai, was widely picked up by Russian-language media.

Following Isakov’s comments in parliament, another irate commentary, this time on the website of Moscow-based think tank Informational Analytical Center, accused the lawmaker who raised the topic, Altynbek Suleimanov, of engaging in cheap populism ahead of parliamentary elections next year.

“The main idea here is to divide people and create your own agenda for discussion. Nothing but a tactic to divert attention from real problems, and attract attention to your own person,” wrote the author, Sergey Masaulov.

But the real constraint for any switch in Kyrgyzstan would be financial. These linguistic exercises cost large amounts to implement and commentators argue that the Education Ministry has better things to worry about.

As Jeenbekov rang in the new school year at a private school in Bishkek built by Gazprom, a state school in Naryn was doing the same with steel shipping containers for classrooms. The Naryn school’s main building is apparently in a horrendous state of disrepair.

First determine a new Latin alphabet for Kyrgyz, they say, (acknowledging that the Soviet-vintage 33-letter version is not fit for purpose in the internet age), then determine the level of state involvement required to popularize it.

A nice idea perhaps, but the decades-old Cyrillic habit will be difficult to kick without a push from the top.