Some of the restrictions are creating public health hazards. 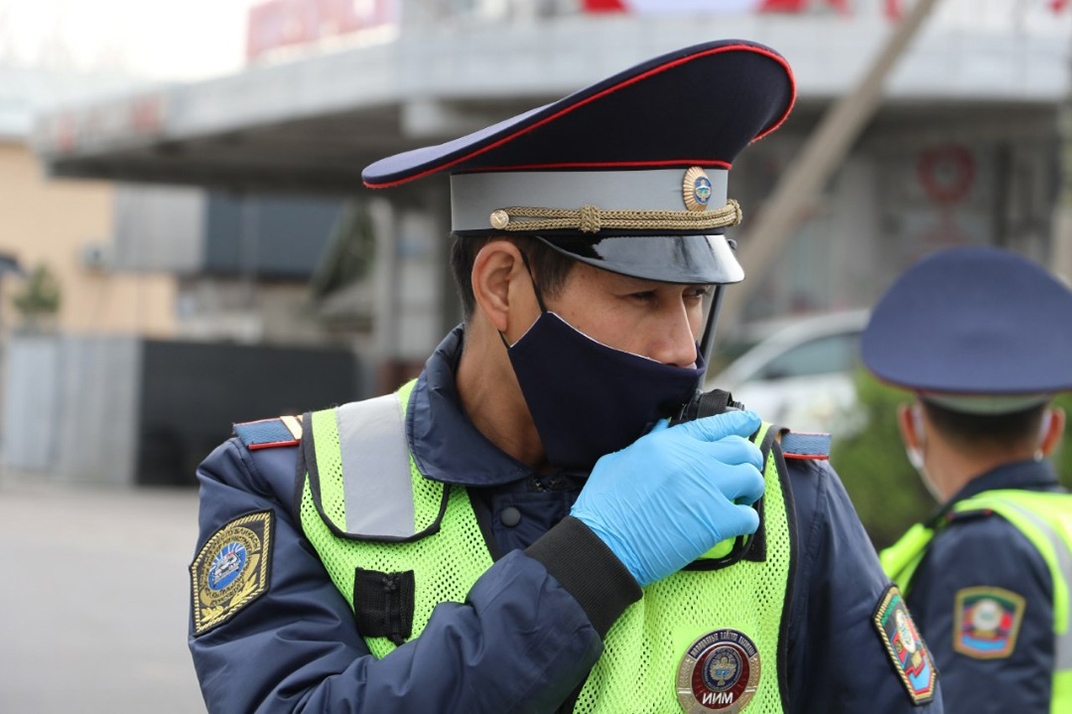 Lockdowns and curfews in Kyrgyzstan have led to a surge of abusive behavior on the part of law enforcement personnel, at times creating a public health hazard, rights activists have said. In many instances, it is the police themselves who are being placed in danger.

An ongoing state of emergency in place across a number of cities and districts – including the country’s two largest urban centers, Bishkek and Osh – has handed police increased powers, enabling them to interrogate people on the street, demand their documents and arbitrarily detain them with minimal cause.

The Coalition Against Torture, an umbrella group of civil society activists, has addressed the General Prosecutor’s Office with complaints of excessive police behavior. What has worried them in particular is the rough treatment of those suspected of violating curfews.

The curfew lasts from 9 p.m. to 6 a.m. Even outside that time, only those intending to buy necessary groceries, medicines or going to the hospital may be on the streets. Even then, people must carry a paper itinerary to show where they have come from and where they are headed – a system that has been used in countries like Italy and France.

People unable to convincingly explain to police officers what they are doing are being regularly placed in packed cells overnight without any access to a lawyer. Up to 3,000 people have been detained to date for violating curfew.

“The right to legal defense for individuals detained [for violating the curfew] is not being respected. The [emergency] regime is being used as justification, but how the safety of detainees is being ensured if they are held until the end of curfew in detention centers … remains unclear,” the Coalition Against Torture said in an April 16 statement.

Bishkek civic rights advocacy group Reforms and Results said the findings of a survey it had conducted with 300 people found that 60 percent of respondents reported cases of aggression, been extorted for bribes or were otherwise subjected to unlawful requests at security checkpoints regulating movement around the city.

There is also concern about the health of law enforcement officers themselves. Reforms and Results said that police are not being provided enough protective equipment.

“Observations have shown that personnel do not have a standard type of medical mask, which seems to suggest that they have many sources for it. Especially in the first days of the emergency regime, some had to buy equipment out of their own pocket,” the group said in a monitoring report.

On April 22, a Health Ministry official told Kaktus news website that at least 12 people in security structures – they did not specify which ones – had been diagnosed with COVID-19. The official told Kaktus that only police deemed at higher risk of exposure have been placed under isolated medical observation.

This situation has created a potentially hazardous confluence of vulnerabilities, with people detained in limited spaces with highly exposed individuals without proper protection.

Curfew “violators are locked up in police stations until the morning as a way to reduce the number of contacts, but the reality is that they are being locked up in the same room for hours on end,” Reforms and Results said.

Restrictions on movement have also complicated the lives of journalists trying to provide independent information about the situation. Under the state of emergency, authorities have introduced a special system of accreditation.

In Bishkek, after the state of emergency was introduced in March, only correspondents for state TV channels were given the press passes. This provoked an outcry from groups like the Media Policy Institute and legal advocacy group Adilet. Lawmaker Sadyk Sher-Niyaz said in parliament that trampling on the principles of openness could lead to a proliferation of false information.

“Instead of being provided with appropriate working conditions, we keep facing greater restrictions. Journalists cannot get in touch with spokespeople and decision-makers, who are not responding to requests,” the Media Policy Institute, a watchdog, said in late March.

On April 19, after weeks of mounting complaints, the government began, on President Sooronbai Jeenbekov’s instructions, issuing accreditation to non-state reporters, including to Eurasianet.

But if the accreditation procedure is now smooth and rapid in Bishkek, it is a different story in the southern city of Osh. Journalists there have told Eurasianet that their applications take about four days to be reviewed, considerably more than the half an hour in Bishkek.

One other source of worry is the health of people serving prison sentences.

A coalition of international organizations, including Amnesty International, Civil Rights Defenders, Front Line Defenders, Human Rights Watch and the International Partnership for Human Rights, has urged the Kyrgyz authorities to consider reducing the prison population by enabling some people behind bars to qualify for parole or alternative non-custodial measures.

The groups focused in particular on the case of the ailing ethnic Uzbek rights activist Azimjan Askarov, who turns 69 next month and has been in prison for a decade.

“Askarov … has for years suffered from deteriorating health, including cardiac and respiratory problems, and has not received appropriate and adequate medical attention. Askarov is among the population that is at risk of being disproportionately affected by the virus,” the coalition’s joint statement said.

The statement noted that the UN Human Rights Committee called in 2016 for Askarov’s conviction on murder charges, which was secured under highly contentious circumstances, to be quashed and that the activist released.

“These are sick people, those over 60 years of age, people with disabilities and underage people. This is extremely important so as to avoid the spike in mortality rates in detention facilities,”

Bir Duino also expressed alarm at the situation in Chui, which is the region around the capital, at orphanages, boarding schools for children with special needs, and homes for children and adults with neuro-psychiatric issues. The group, which has seen those facilities during tours with a government ombudsperson, said it has noted a shortage of food and personal protective equipment in institutions. Staff are having to sew their own protective equipment and produce their own antiseptic materials, Bir Duino said.

“The Health Ministry has not developed a … strategy for the prevention of coronavirus in these institutions, and the Education Ministry has not drawn up any alternative training programs … to accompany them,” the group has said.