Farmers are concerned about their bottom line, however. 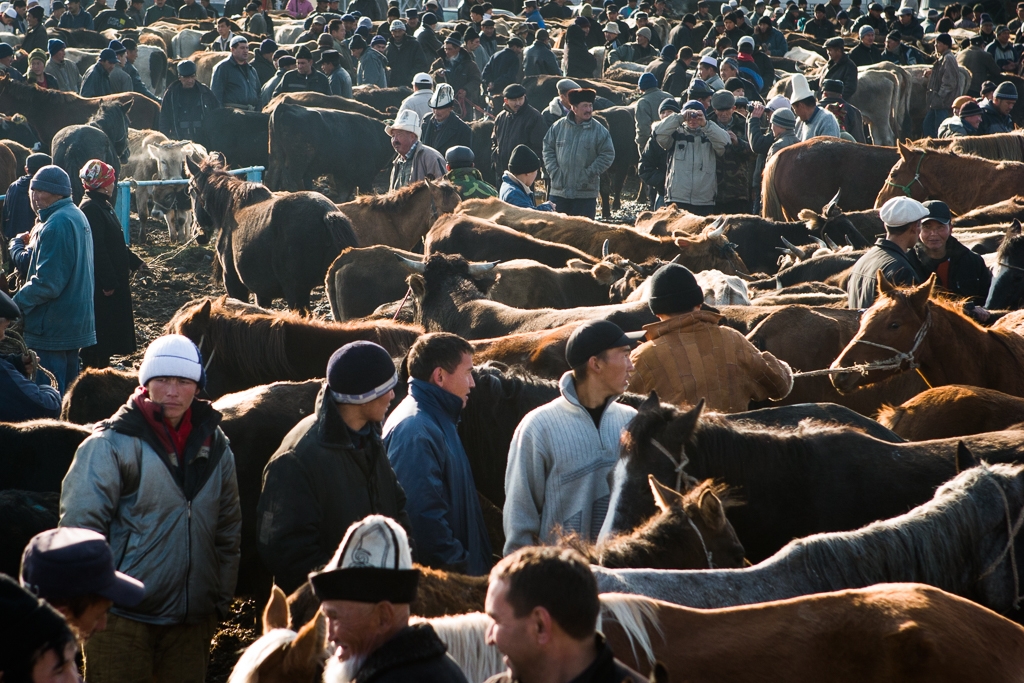 Livestock to be prevented from leaving for now (photo: David Trilling)

The agriculture ministry in Kyrgyzstan has introduced a temporary ban on the export of livestock to avoid a surge in meat prices on the local market as the economy reels from the COVID-19 crisis.

Explaining the reasoning behind the ban, which came into effect on November 20, Agriculture Minister Tilek Toktogaziyev said that shortages of beef caused by the high level of exports have led to a 25 percent increase in prices from 330 som ($4.70) per kilogram at the start of the year to about 500 som ($5.90).

“One of the main reasons for the ban on the export of livestock is the sharp decline in the volume of breeding stock. If the ban is not introduced, then we will have problems with meat both this year and in coming years, since there will be no stock from which to generate new animals,” Toktogaziyev said.

The ban affects not just the export of live cows, sheep, goats, horses, but it is extended to a whole range of other agricultural products, including poultry and poultry goods, wheat, rice, maize, flour, vegetable oil, sugar, salt and livestock feed.

Critics of the export block content, however, that it will come at a high cost to local producers, causing further damage to Kyrgyzstan’s trade figures.

Farmer Uran Niyazaliyev told Eurasianet an interview that he was unhappy about what this means for his business, which grows crops for bird feed.

“Our maize is usually grown for export, because we do not have a processing plant. It is grown and goes to Tajikistan, Uzbekistan and partly to Kazakhstan. Can birds even eat the amount [of maize] that is grown in our country? For example, if we have a yield of 50,000 tons, and our chickens can only eat 10 tons, what do we do with the other 40 tons?” Niyazaliyev said.

The farmer predicted that a black market is likely to form to circumvent the ban.

Considering the longer term, Toktogaziev said his ministry is looking at other initiatives to bolster food security, such as using artificial insemination to boost livestock numbers. The agriculture ministry intends to acquire 20 pedigree bulls in the near future to form an artificial-insemination program, he said.

Another plan for 2021 is for the agriculture ministry to introduce a 30 percent subsidy on the sale of high-quality seeds to farmers.

“For example, if seeds cost 20 som, then the farmers themselves will pay 14 soms, and the other six som will be paid out of the state budget. This needs to be done because there are seeds that are cheap but of poor quality, while the expensive ones yield twice as much,” he said.

These plans will cost around 100 million som ($1.2 million) and the government is hoping around one quarter of that may be covered by aid from foreign donors.