Kyrgyzstan: Living in the shadow of a sleeping Chinese oil refinery

The country's largest oil refinery is no stranger to scandals. 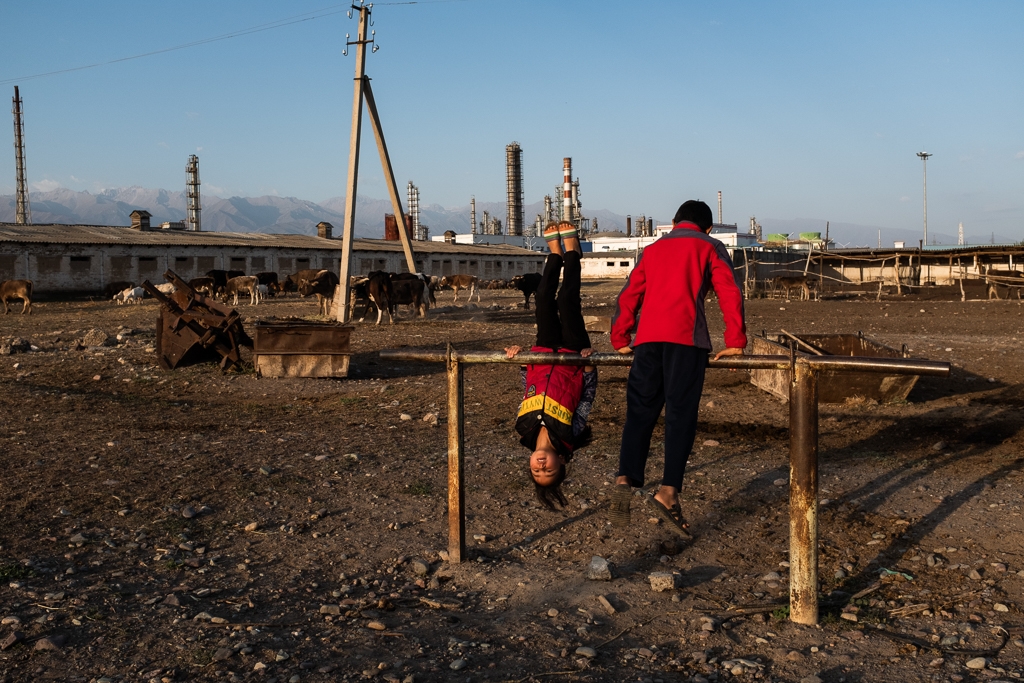 When the coronavirus arrived, the Chinese-owned Junda oil refinery in Kara-Balta ground to a halt. And that provokes mixed feelings in this northern Kyrgyzstan town.

For those who grumbled at the damage the plant is believed to have wrought on people’s health and on crops, not to speak of the stinking sulphureous fumes, the pause has come as a welcome reprieve.

But when any company comes along to a place like Kara-Balta, a town of 40,000 people a one-and-a-half-hour drive from the capital, Bishkek, it is often a reason for cheer.

“So many people worked here. Translators made around 50-60,000 som ($630-760),” said Chynar Maatkulova, the owner of a little grocery store on a road leading to the refinery. “We had whole busloads of employees coming here, and they would buy tea and coffee.”

Before the working day began, employees shopped for other small items like cigarettes and snacks, Maatkulova said.

As for the moaners, the shopkeeper has little time for them.

“People who said the plant was supposedly dangerous, they’re just loafers who sit around drinking vodka and smoking cigarettes,” she said. “If there are 500 people working there, that’s 500 families who get food on their tables.” 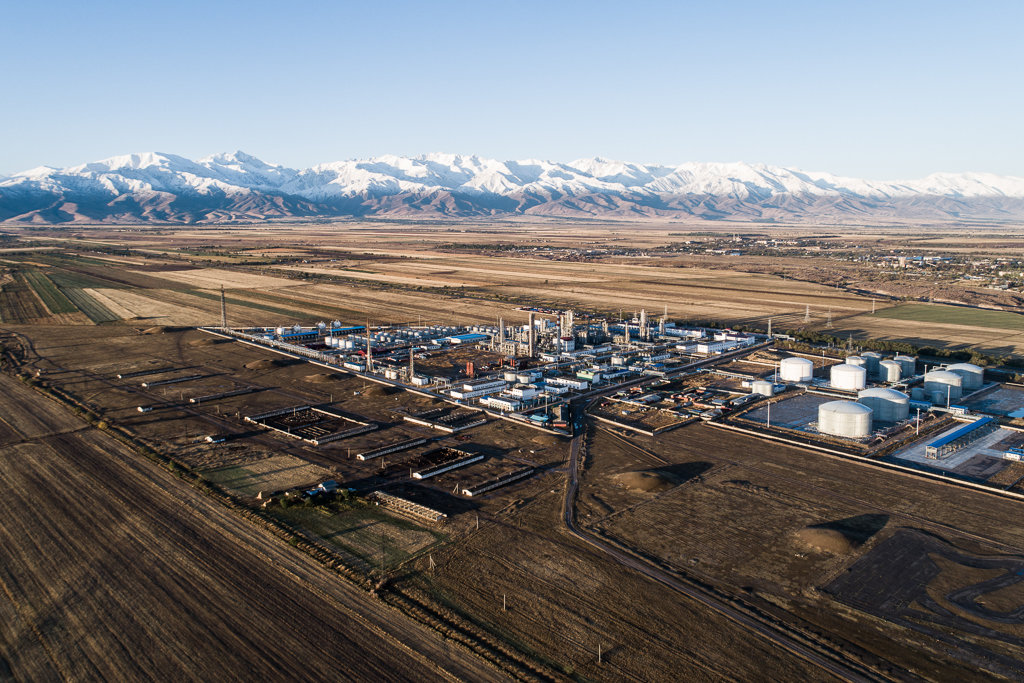 In actual fact, when operating, the plant employed around 775 people. Of those, 500 were indeed Kyrgyz nationals, while the rest came from China. The company that owns the refinery – full name: China Petrol Company Junda Limited – has invested around $300 million into the plant.

Kyrgyzstan has five oil refineries, but Junda is by far the largest and processes around 800,000 tons of oil annually. The second largest such plant, the Tokmok oil refinery, also owned by a Chinese company, is able to manage only 450,000 tons.

Junda is no stranger to scandal. In 2016, for example, the company was fined for unlawfully pumping hydrocarbon gas into the atmosphere. Two years later, it was the taxman who had a complaint, claiming that the company was short on its payments by 200 million som ($2.9 million). In 2019, the state anti-monopoly agency accused Junda of using its dominant role on the local market to unwarrantedly hike prices for its liquified gas. 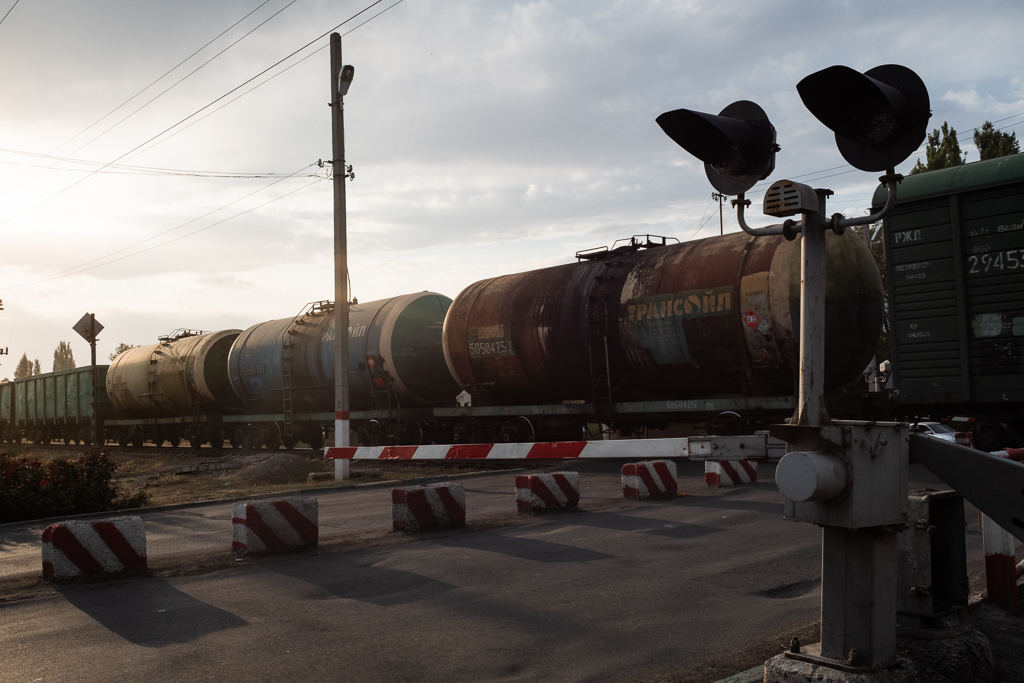 For reasons like these, Aidar Baigaziyev, a 75-year-old cattle rancher whose home stands right next to Junda, is perfectly content that the refinery has been lying idle since March. Combustible fuel flows through massive pipes and distillation columns hum to the noise of oil being processed only 200 meters from his kitchen.

“When the plant was being built, they bought plots from my neighbors. They sold their five sotkas of land (500 square meters) at a good profit for $100,000,” said Baigaziyev, a tiny and lonely figure next to the hulking factory. “They wanted to buy my entire hectare (10,000 square meters) and a barn for the same price. I wanted $200,000, but they refused.”

Still, Baigaziyev is philosophical about his lot and takes the view that “as long as they leave me alone, I won’t bother them.” 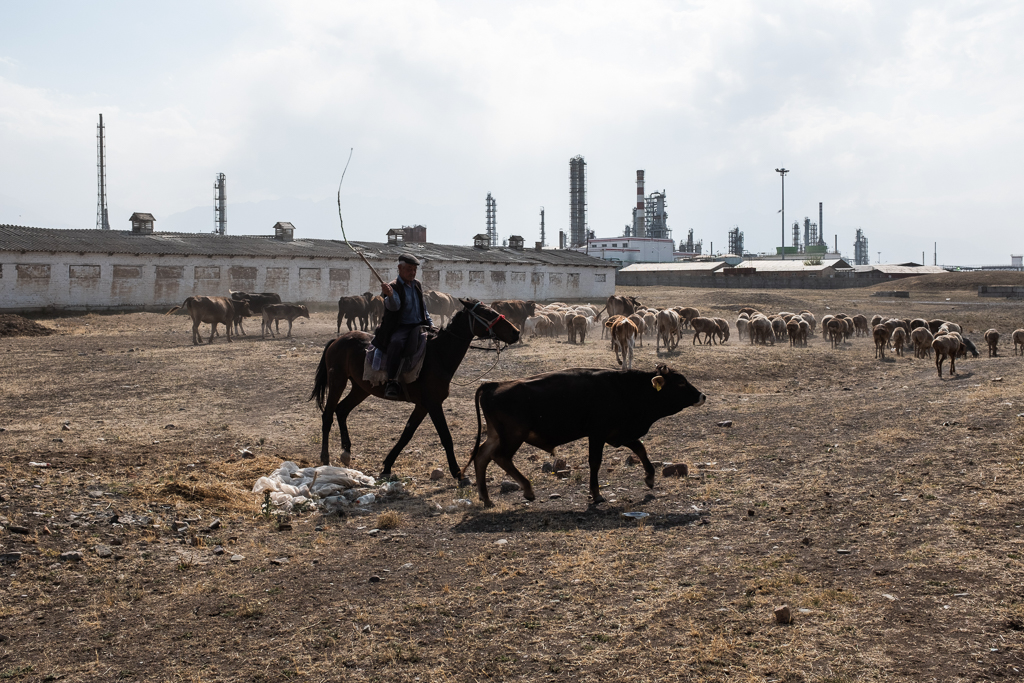 There are local farmers who take a less sanguine position, insisting that their crops have suffered as a result of the pollution. Junda, by contrast, has previously insisted that the oil refining has no discernible impact on the soil. The authorities have long been aware of these complaints and have repeatedly carried out inspections, although never to the satisfaction of local residents.

In addition to the whiff of hydrogen sulfides, which carry with them a trademark odor of rotting eggs, residents are also bothered by the smell coming from the sewers.

The water used in the refining process is discharged into the town’s sewer system. But when a member of parliament, Kozhobek Ryspayev, organized a technical audit in 2018, he found that the ratio of oil products in the refinery’s waste water had reached about 5 percent, above the permitted 3 percent level.

Ryspayev’s reaction was a little surprising though.

“The Junda plant has to be allowed to work. Enterprises and investors should be supported. You cannot torment investors who have built facilities with their own money,” he was reported as saying by RFE/RL’s Kyrgyz service, Radio Azattyk. 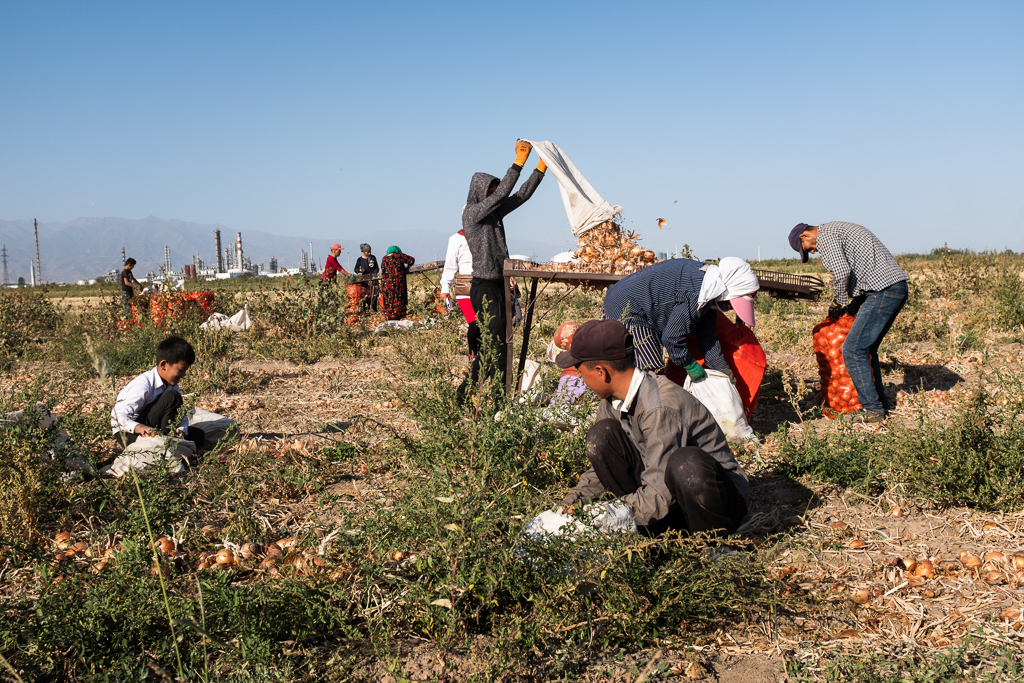 That same year, Junda came under fire again for damaging ancient burial mounts said to possibly date back as far as the seventh century BCE. The State Ecological and Technical Inspectorate repeatedly asked the company to fence off the grounds where the mounds lie, but the request has not yet been heeded.

Junda has seen some labor disputes too. In 2018, workers complained that they were not being paid health hazard premiums. One employee, a mechanic called Iskender Mamyrkulov, uploaded a video message appealing to the president for help. After that, he was fired. 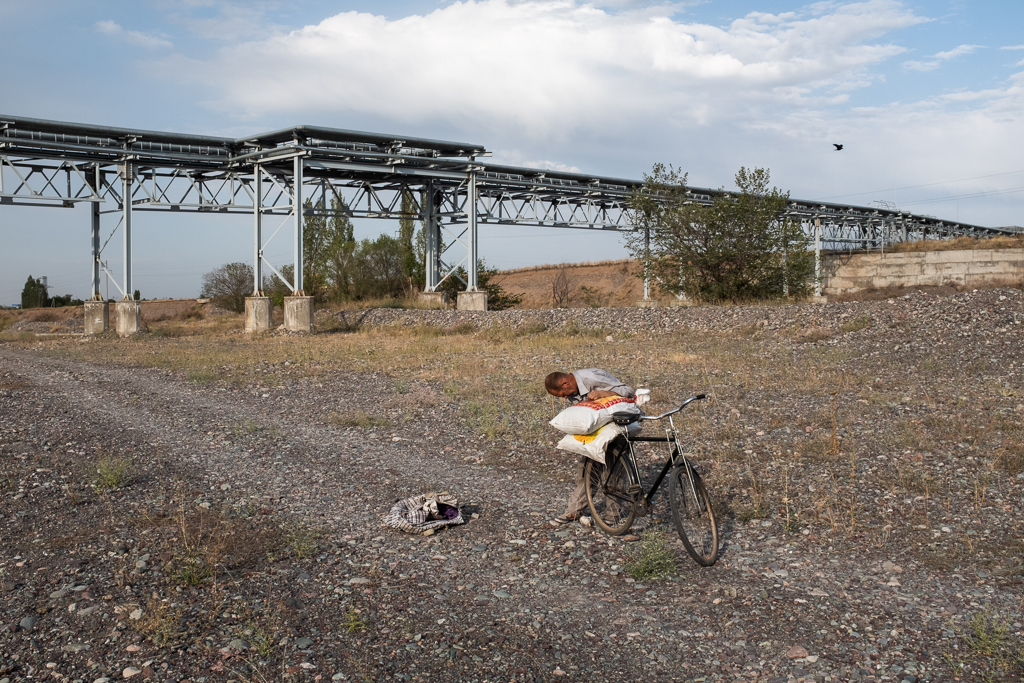 Eurasianet tried to get a comment directly from China Petrol Company Junda Limited for issues raised in this article, but it was told by management that it was company policy not to speak to the press.

The head of the Junda trade union, Yerzhan Abdulali uulu, did speak to Eurasianet, however, and denied there had been any significant history of disagreements between management and staff. Other workers contacted by Eurasianet echoed Abdulali uulu’s remarks, although they too refused to expand on their thoughts, even on condition of anonymity.

“There was some dispute earlier with the previous head of the union, but on August 13 last year, we chose a new [union] chairman, and I was picked by a majority,” said Abdulali uulu, who works in the water supply department.

The loyalty to the company may arise in part from the fact that Junda continues, even though operations are on hold, to pay workers their salary.

“At first, there were some financial difficulties at the plant. That was at the end of January. There was a general meeting, and we were told all about it. From February, about 170 people were kept on working, but since March, everybody left the factory,” Abdulali uulu said.

It is not expected the refinery will restart before next year.

“At the moment, work is at a standstill,” Abdulali uulu said. “[All there is to do] is go in sometimes and do some paperwork.”