Kyrgyzstan: Lone voices push back against epidemic of sexual violence

The taboo that lingers over sexual violence will be hard to erase. 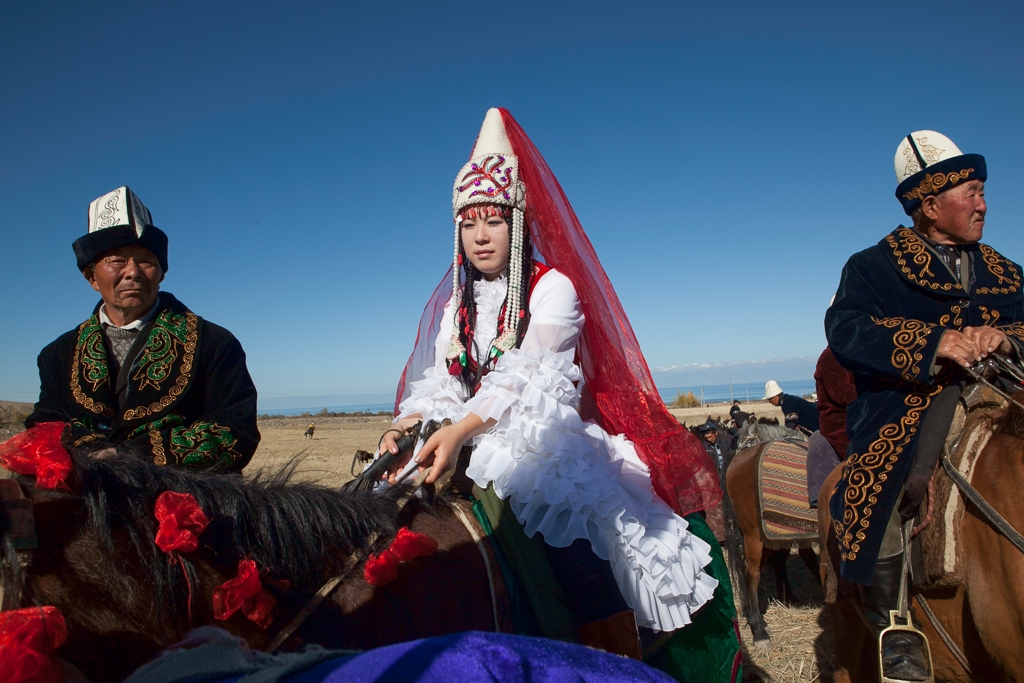 Accounts of sexualized intimidation are routinely trivialized and generate embarrassment instead of solidarity. (Eurasianet)

Umida, a young woman from the town of Kant in Kyrgyzstan, opened her now-viral Instagram post with those words.

The story that followed is one familiar to many young Kyrgyz women. And the limited efforts of lawmakers to address the underlying problems is fostering resentment and frustration.

On October 8, the 17-year-old high school student was running late for class when she decided to stop by a stationery store to buy a notebook. Before she could get there, she was attacked by a man who appeared to be in his 30s.

“He grabbed me by the arm and dragged me toward an apartment block doorway. I resisted as hard as I could and began to scream with all my might,” she wrote. “He tried to have sex with me, but he stopped when he heard the sound of a door opening on one of the upper floors.”

Relieved, she ran to school, where she found shelter. Once there, she called for help and the police were summoned.

After the fact, the school administration was uncaring, however, Umida said.

“They told my mother: ‘You daughter wears make-up, she draws attention to herself, she skips classes, she talks to boys. At the time [of the attack], she was not even at school, so she is entirely at fault,’” Umida said, recounting the alleged conversation.

Umida said that following the incident, she was questioned by five police officers. Not one volunteered for counselling services to be provided, she said.

“I shared this story so that people would understand and know that this could happen to anybody,” Umida wrote.

The taboo that lingers over sexualized violence in Kyrgyzstan will be hard to erase.

Elvira Kalmurzayeva, a feminist activist, said that there are two reasons people are often silent on this issue.

Victims have no real hope of getting help from the police and they fear that they are more likely to be the object of public judgement than sympathy for reporting sexual violence, Kalmurzayeva said.

Kalmurzayeva argued that the changes Kyrgyz society has undergone in recent times have left schools assigned with the job of imparting moral values. But what state educators often do, she said, is propagate unhealthy gender norms.

“In many schools, in craft classes, girls knit and boys do manual repairs. When classes are being cleaned, the girls wash the floors, and the boys bring the water. This division showing boys as stronger and girls as subordinate is then being projected into society,” Kalmurzayeva said.

The figures are stark.

According to the Interior Ministry, one in four women in Kyrgyzstan between the ages of 15 and 49 has at least once become the target of violence. More than 20 percent of marriages are the result of bride kidnapping, according to government figures.

The nation was shocked out of complacency about bride-kidnapping in the wake of a brutal killing in May 2018.

Burulai Turdaliyeva, a 19-year-old woman, took a rare stand by reporting her kidnapper, Mars Bodoshev, to the police. On May 27, while Turdaliyeva was at a police station preparing to provide a witness statement against her kidnapper, Bodoshev was permitted by law enforcement officers to plead with and confront her. He stabbed her to death.

“Burulai’s case was the apex of all the awful things that happen to women here. At the moment, the police tend more or less to react to cases of bride-kidnapping. But the reason that bride-kidnapping exists is to do with the gender norms that operate here,” Kalmurzayeva said.

Journalist Aizirek Imanaliyeva said she was sexually harassed by a police officer when she was 16. She and a friend had been caught shoplifting cosmetics and reported to the police.

“On the way to the station, the cops talked among themselves about how pretty I was and they joked about how, if I was older, they would not hesitate to kidnap and marry me,” Imanaliyeva said.

Later, at the station, a policeman stroked Imanaliyeva under the table, even as his colleagues walked nearby.

“He said how sweet I was and how beautifully I was dressed and how bad it was that I could steal something. It was so funny for them, but I was scared,” she said.

Fatima Yakupbayeva, a lawyer, said that legislation criminalizing such conduct is riddled with loopholes. There is a law on sexual harassment, but as it stands for charges to be filed there must be an existing relationship – professional or familial – between aggressor and victim.

Olga Pykhova, a Bishkek student in her 20s, said that she has often been harassed by perfect strangers on the street. What angers her most is that others around typically remain quiet and do not react in any way, Pykhova said.

“A week ago, a man of about 50, he was slightly drunk, began hitting on me in a minibus. He said that I was beautiful and asked my age. He said that he had a job and a big house,” Pykhova said. “Absolutely everyone in the bus heard it, but they just said nothing.”

Pykhova said that even with the passage of time, it feels hard to share these stories. Accounts of sexualized intimidation are routinely trivialized and generate embarrassment instead of solidarity.

“It just seemed like nothing, something that happens to everybody,” she said.

“It is painful to come to this realization, but I came to the thought that I did not want my children to grow up here. The story of Burulai taught us nothing.”