President Japarov held a meeting with local people to address concerns, but that hasn't satisfied everybody. 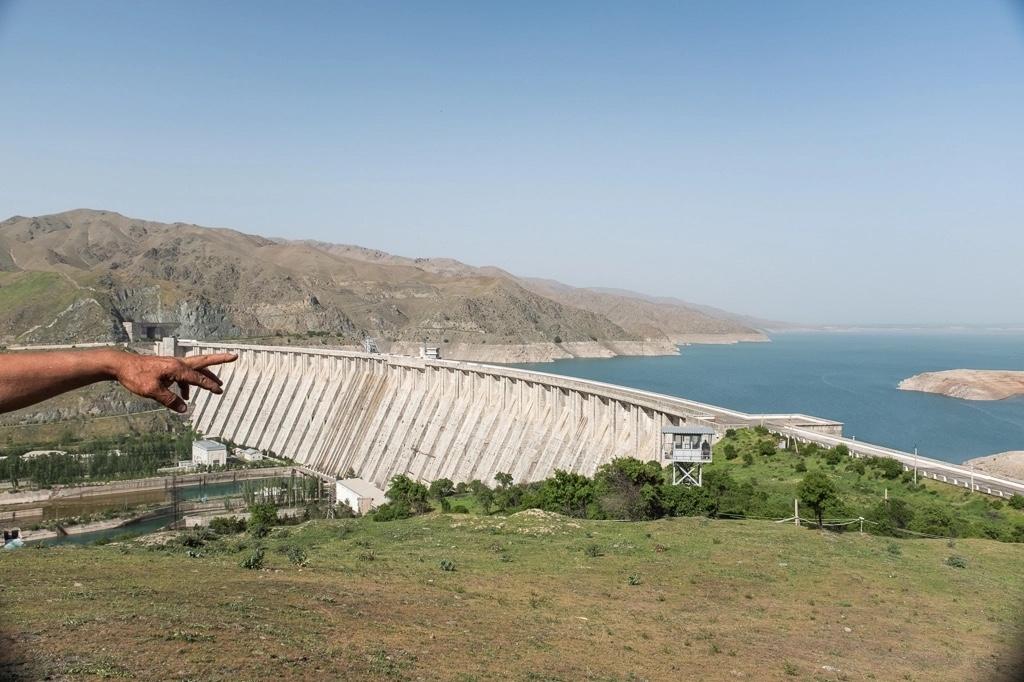 Kyrgyzstan and Uzbekistan have entered the final straight of negotiations on the definitive delimitation of their shared border and are poised to potentially end decades of instability-fueling uncertainty.

The compromises that Kyrgyzstan is reportedly willing to make, however, are causing anger among near-border communities and putting President Sadyr Japarov’s government under political pressure.

What has been billed as potentially the last round of negotiations got underway on September 26. The whole process is being watched eagerly in Kyrgyzstan, although the government has said it will not reveal the final details until a bilateral protocol is ratified by the parliament.

Japarov sought to calm moods in a Facebook post on October 6, by stating that 99 percent of the land to which Kyrgyzstan laid claim was to come under its control.

“God willing, after we sign the agreement, in the near future, we will hand it over to the parliament and the agreement will become definitive. It will become known which lands have passed to us. I ask the people to be patient. As it happens, 99 percent of the land has been given to us,” Japarov wrote. “We have not given away a single centimeter of land.”

But it is not the land that is causing most trouble; it’s the water. Namely the Kempir-Abad reservoir – or Andijan reservoir, as it is known on the other side of the border. This body of water lies where Kyrgyzstan’s Osh region and Uzbekistan’s Andijan region meet.

While the reservoir lies within land belonging to Kyrgyzstan, it is fully controlled by Uzbekistan. Last year, Kyrgyz security services chief Kamchybek Tashiyev signed off on a bilateral protocol agreeing to transfer the dam structure to Uzbekistan in return for a parcel of land. This caused displeasure, however, among residents of Kyrgyzstan’s Uzgen province, who worried that this arrangement might mean they would lose access to irrigation water.

As officials in Bishkek have explained in the past, under a historic agreement, Kyrgyzstan uses 14 percent of the water drawn from the reservoir to irrigate land in the Suzak and Kara-Suu districts, while the rest feeds into Uzbekistan, which also controls the two hydroelectricity generators powered by Kempir-Abad.

This time around, President Japarov has negotiated an arrangement that will give Kyrgyzstan and Uzbekistan equal rights to manage Kempir-Abad.

“We have reached an agreement to create an enterprise in which we will have a 50-50 share, and we will jointly manage the dam,” he said, adding that “1,246 hectares of land from the lakeshore … is being transferred to us. Local residents will use it for agriculture.”

When the preliminary 2021 border agreement was reached, people in Uzgen complained that they had not been consulted in advance, so the authorities sought to take a different approach this time. On October 4, a public meeting was organized for locals to put questions in person to Japarov and Tashiyev.

Officials tried to keep proceedings away from the prying eyes of journalists, though. Attendees complained of being forced to wait in line for a long time and that they were not given a chance to ask questions.

“People who came here because of Kempir-Abad were just left on the street. One half of the hall are [plants] who were paid. The other half are employees [of government agencies],” one person present told the media.

That the complaints came to public attention at all was the work of outlets like Kloop and T-Media, which managed to organize live video feeds from the meeting. The outlets later said, however, that somebody hacked into their social media accounts and deleted the footage.

More pressure came on the night of October 6, when police officers used force to dismantle a yurt camp that Uzgen residents had set up as a gesture of opposition to the Kempir-Abad deal.

“At one in the morning, the police, who are supposed to protect us, there were about 50 policemen, demolished our yurts and attacked the young people,” one local man said in a video message.

The police do not deny they acted as they did, but they said it was only done to “uphold public order.”

“You can’t just do what you want and disrupt the peace by setting up yurts,” a spokesman for Osh regional police told Kloop.

Japarov has not minced his words in attacking the opponents of the border deal, calling those who said they were unable to attend the public assembly that he presided over “liars.”

“I issue this severe warning to those trying to sow trouble around Kempir-Abad: come to your senses before it's too late! I am instructing law enforcement officers to take tough measures against schemers who are whipping up the people. There is only so much pampering that can be done,” Japarov said.

Kyrgyzstan and Uzbekistan share 1,400 kilometers of border. Around 15 percent of it is still subject to a definitive agreement. The Kempir-Abad reservoir is only one of nine disputed areas.