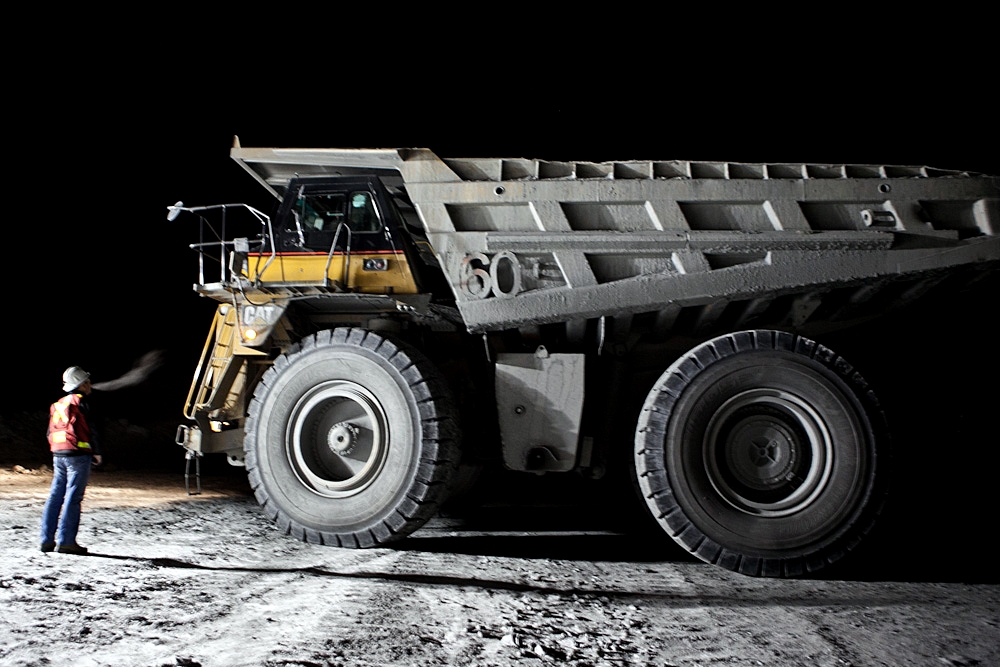 Centerra, the company that owns the Kumtor gold mine, says it is being forced to renegotiate its license with the government. (Photo: David Trilling.)

The last few weeks underscore why investors are wary of investing in Kyrgyzstan’s mining sector. Over that span, a gold-mine tender was sidetracked by a legal dispute, a scandal brewed involving allegations of conflicts of interest in parliament, and villagers near a potential mining site signaled they would strongly oppose development.

On May 13, an auction for the right to develop Jerooy, Kyrgyzstan’s second-largest gold deposit with up to 100 tons of gold reserves, fell flat. Even after an extension, authorities claim to have received only one bid, and they won’t discuss it.

Bishkek put a $300 million price tag on Jerooy for the tender, but according to Valentin Bogdetski, head of the Kyrgyz Mining Association, an industry lobby, a number of factors conspired to make it look too risky for investors.

Bishkek’s $400-million arbitration battle with a company that lost its license for the deposit in 2010, Almaty-based Visor Holding, would have been foremost in the mind of potential bidders. Then there is the “counter-productive role of the local population, especially in Talas,” argues Bogdetski, referring to hostility from local communities in the province where the mine is located.

Kyrgyz President Almazbek Atambayev, speaking at a May 14 cabinet meeting, blamed “mob rule” for the tender’s failure. The Jerooy tender was originally set at $100 million, but some local politicians pushed for a hike to $300 million, leading many insiders to argue that the tender was doomed from the start.

Speaking with the newspaper Vechernii Bishkek on May 16, Daniyar Janykulov, a local from a village near the mine, announced that 15 people had gone on hunger strike until the government ceases the tender process for Jerooy. Janykulov’s claims were dramatic: “If they begin developing [Jerooy], various metals can fall into the Talas river. … In this case the whole province of Talas will disappear.”

In a separate development, critics say parliament is helping to undermine investor confidence. In the wake of a failed vote last June to nationalize the only foreign-run gold mine – the giant and productive Kumtor – many MPs have continued to pursue pet projects seemingly aimed at revoking mining licenses from specific companies. Centerra, the company that operates Kumtor, is now engaged in a protracted renegotiation at parliament’s insistence that many foreign miners say is unsettling investors.

Another company under attack in the legislature is Stans Energy Corporation, which holds a license for the Kutessay II heavy-rare-earths deposit in the Kemin Region. MPs, including Nurzhana Badykeeva of the Ar-Namys faction, have repeatedly accused Stans of engaging in practices that threaten the environment, and with not fulfilling license requirements. Heavy rare earths (HRE), which can be used in anything from electronics to ball bearings in airplane parts, have shot up in value since Beijing restricted HRE exports in 2010.

According to Bogdetski, Stans has been “more or less fulfilling their license requirements. But there are vested interests in the [parliament] that want to prevent them.”

Stans executives showed EurasiaNet.org a document obtained from the Ministry of Justice that listed a D.A. Bayalinova as a 40 percent shareholder in Central Asia Metals Group. That firm previously held the Kutessay II license before having it revoked in 2009 for not developing it as agreed. Stans claims that the listed shareholder is related to Abdykanat Bayalinov, the Ar-Namys lawmaker Badykeeva’s assistant. When contacted several times for a response, Badykeeva, her assistant, and the party’s communications office declined to respond.

Meanwhile, State Geology Agency director Ishimbai Chunuyev declined to comment on either the Stans allegations or the Jerooy tender, reinforcing the suspicions of some industry insiders that even the one Jerooy bid that the government claims is a face-saving fiction (two were required for the auction to proceed).

Several foreign miners, speaking on condition of anonymity, told EurasiaNet.org that they welcomed the appointment of Chunuyev, a technocrat, back in September, but that for lack of clout or political will, the agency has failed to guarantee license holders’ security. The agency also has been uncommunicative on key issues, they allege.

The agency answers to the prime minister, and retains sole power to revoke licenses. But parliamentary pressure can still give foreign miners headaches. A notable example was when Akylbek Japarov, also of the Ar-Namys party, pressed to to suspend the license of Australian firm Kentor Gold in June 2011. Kentor lost over a year of work before an international environmental audit persuaded the government that the project was not violating environmental laws.

While Toronto-based Stans Energy has been acknowledged as the rightful owner of the Kutessay II license in several local court rulings, the most recent one issued in March, the company claims to have received threatening letters from a Chinese firm behind Central Asia Metals Group. Stans Energy CEO Robert Mackay told EurasiaNet.org that the State Geology Agency has done little to assuage his company’s concerns that it is being pushed out by a company he accuses of bribing officials: “We haven’t received firm assurances from the state agency, and we know that money talks over there.”