There are fears of an inexorable slide into a new season of authoritarianism. 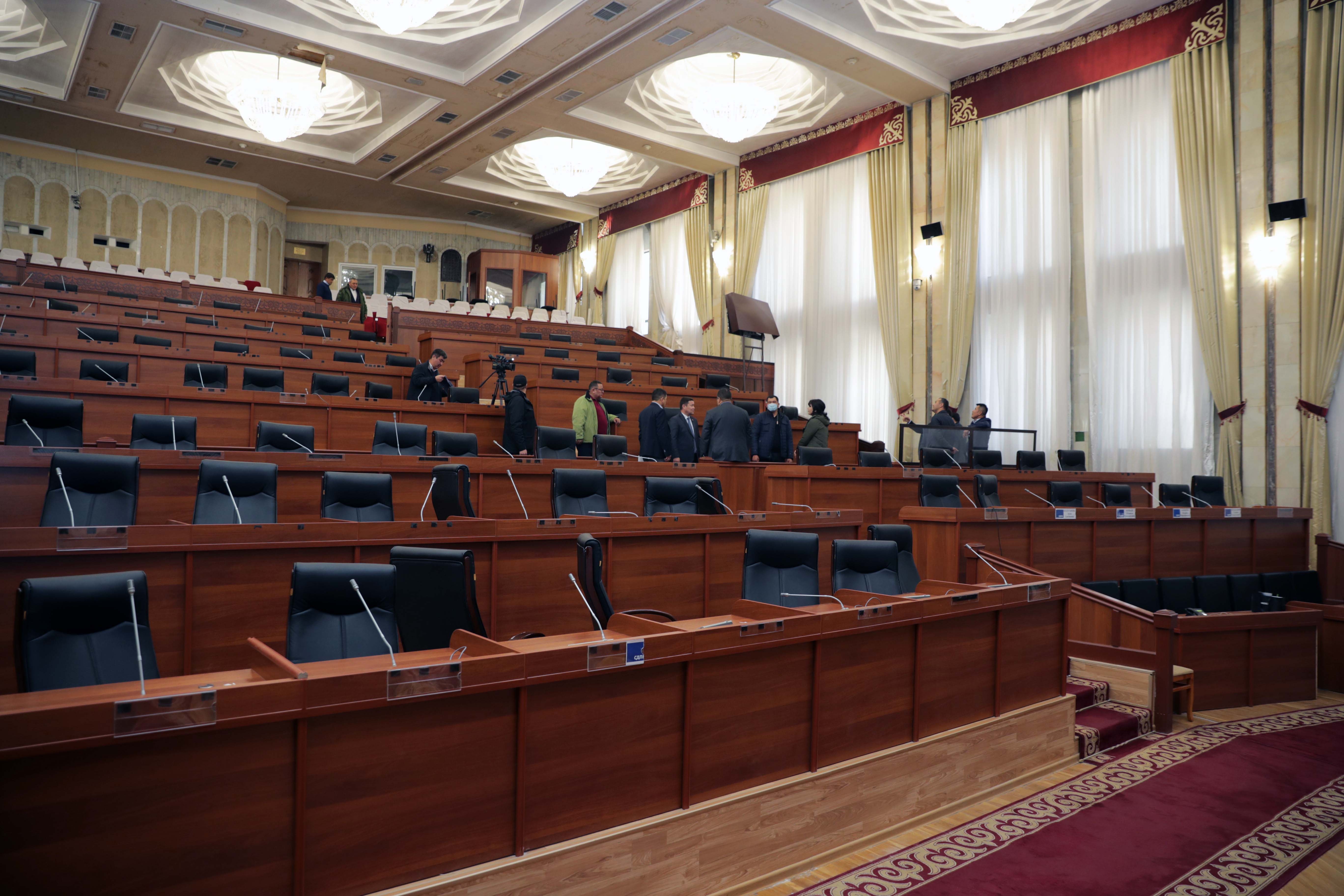 After a little more than an hour of debating, lawmakers in Kyrgyzstan backed a planned referendum that could see the scrapping of decade-old reforms that handed more powers to the legislature.

Sixty of the MPs present voted on December 10 to approve putting an overhaul of the constitution to a public plebiscite next month, while only four voted against. Dozens of other MPs simply didn’t turn up.

Parliament has adopted this decision with remarkable haste. A first reading was adopted on December 9, and the two readings followed the day after.

Acting President Talant Mamytov, a close ally of the man whom a constitutional fix would likely benefit, is expected to sign his approval too.

The referendum is now set to take place on January 10, which also marks the date of a presidential election that is certain to confirm the ascent to power of Sadyr Japarov, a firebrand nationalist who was sprung from prison in the wake of political unrest in early October.

If, as Japarov’s allies would prefer, voters favor reverting to a presidential system – and that is the signal being strongly semaphored by state media – it would hand the incoming president sweeping powers.

As MPs entered the parliament building, they had to pass through shouts of “shame” coming from a corridor of political activists opposed to what they see as the country’s backsliding into super-presidentialism. Backing for the referendum from a legislature that has over its lifetime proven cravenly loyal to the power of the day had been taken as a given.

In the end, discussions lasted only about one-and-a-half hours and the voting was done in a matter of minutes. Deputies backing the move to tinker with the constitution defended their actions, arguing that they reflected the “will of the people.”

“We have already lived with the constitution from 2010. I won't say that it was bad, but in fact it did us no good. Why can't we change it? What is stopping us from deciding on what form of government we want – parliamentary or presidential? Especially when it is the people themselves asking for it,” lawmaker Umbetaly Kadyraliyev said in a speech.

Only a handful of MPs stood up to register their opposition.

“There is a lot of abuse of the word ‘people,’” said Natalya Nikitenko, accusing her colleagues of weakness.

Another prominent politician, Omurbek Tekebayev, who played an instrumental role in shaping that 2010 constitution, was contemptuous of how swiftly parliament did its business.

“You are supposed to wait for 10 days between readings so that the deputies can consider all the points,” he said.

Tekebayev protested what was happening in parliament, but then walked out before a vote could take place.

Resistance to the inexorable drift toward what many fear will be a new season of authoritarian rule is coming mainly from rights advocates, legal experts and urban liberal activists, many of whom have been mounting marches in Bishkek against the reforms every Sunday.

Objections to what is happening have also come from the international community, namely in the shape of the European Commission for Democracy through Law, better known as the Venice Commission, which noted in November that parliament was in any case acting beyond its mandate in trying to push through changes to the constitution after its term had ended.

Parliament’s term should have come to a close in the weeks after the October 4 election, but the political unrest that broke out in the wake of those polls culminated in that vote being cancelled. Lawmakers on October 22 then quickly rushed through an extension for themselves during which they approved an overhauled draft constitution that would, had it passed by referendum, have given overweening powers to the president.

That document has been shelved for the time being in favor of a more straightforward referendum that will simply offer voters a choice between backing a parliamentary or a presidential system of rule. If the latter option proves more popular, however, there is every chance a revised version of the presidential constitution could be dusted off.