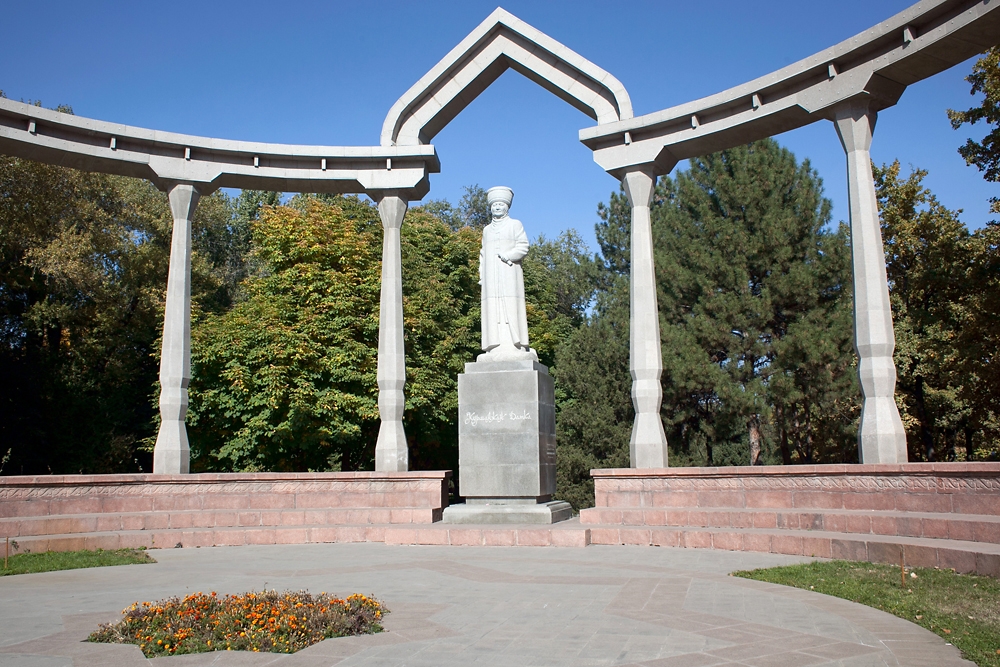 The most expensive film in Kyrgyzstan’s history will explore the life of 19th-Century national heroine Kurmanjan-Datka. (Photo: David Trilling)

Despite budget shortfalls and social unrest, Kyrgyz leaders are forging ahead with the most expensive film in Kyrgyzstan’s history, apparently in the hope that a tale of a 19th century heroine can promote a sense of cultural unity. Critics worry that the epic’s nation-building aim is overly ambitious, and it will end up flopping.

Since the country gained independence in 1991, Kyrgyz leaders have wrestled with the dilemma of how to bring the culturally and socially distinctive northern and southern regions together. Attempts to foster a common national identity in Kyrgyzstan have routinely fallen short. The only universally recognized national hero is the mythical Manas. But Manas has proven prone to reinterpretation and manipulation by nationalists, who grew in power following ethnic violence in 2010. Since then, the government has come under repeated fire for lavishing scarce funds on state symbols, and toying with expensive yet impractical projects, such as changing the color of the national flag.

The subject of the movie in question is Kurmanjan-Datka, who is an unusual figure in Central Asian history. Born in the Kokand Khanate (centered in the Ferghana Valley and covering parts of modern-day Uzbekistan and southern Kyrgyzstan) in 1811, her decision to flee her betrothed for an influential feudal lord, for instance, has seen her championed by modern day campaigners against bride kidnapping. On her husband’s death, she was acknowledged by the khan as ruler of the Alai Mountains. She later followed other Kyrgyz clan leaders in accepting Russian suzerainty as Tsarist armies marched south. When her son was subsequently arrested by Tsarist officers for smuggling, she did what Kyrgyzstan’s post-independence leaders rarely have done – put her subjects’ best interests before her family’s; she accepted her son’s execution rather than risk St. Petersburg's wrath by rebelling.

Several MPs, mostly hailing from the south where Kurmanjan-Datka lived and ruled, successfully pushed the government to inject more cash into the eponymously titled film last spring. Akmatbek Keldibekov, a native of Alai District and a parliamentary leader of the nationalist Ata-Jurt Party, said recently that the government “shouldn’t scrimp on money … preserving our ideological values.” In comments picked up by Kyrgyz news agency KNews, he claimed the government could make back its investment in the film – reportedly nearly $1.4 million to date – in box office sales. Filming began in 2011, which authorities proclaimed the “Year of Kurmanjan-Datka.”

Though he hesitates to judge the film before it is released – expected early next year – independent film director Emil Jumabayev does not share Keldibekov’s optimism. Jumabayev recalls how a similarly patriotic historical film, “Nomad” – reportedly made with over 25 times the budget in Kyrgyzstan’s richer northern neighbor, Kazakhstan – was panned by Western critics when it was released in 2005.

“Artistically the film was ‘kasha’” said Jumabayev, using Russian slang for “a mess.” “The state film studio milked the government for money, the directors and actors went home richer, but the film won no awards and didn’t achieve its ideological aims. People in Kazakhstan didn’t really pay attention to it.”

Others question whether a film about Kurmanjan-Datka – a southern heroine in a country with a long history of rancor between northerners and southerners – can be a national rallying point.

“In Kurmanjan-Datka’s time, society was tribal, not national,” explains Vladimir Ploskhih, a historian who wrote a book on the heroine and consulted on the film. “Even now, people’s loyalty is toward their clan leaders, historical or modern. A Kyrgyz from [northern district] Kemin might feel more loyalty to Shabdan Baatir, Kurmanjan-Datka’s [northern] contemporary. Someone from Issyk-Kul might claim allegiance to Borombai,” another Kyrgyz regional leader in the 19th century. A Kyrgyz from a Jalal-Abad, a southern region adjacent to Kurmanjan-Datka’s former stronghold, might be more disposed to a modern-day patriarch like opposition leader MP Kamchybek Tashiev, he added.

“For better or worse, only Manas is a national hero,” Ploskhih said.

Some of Kyrgyzstan’s most successful films in recent years have been art-house productions with small, privately financed budgets. Svet-Ake (2010), “The Light Thief,” told the story of a Robin Hood-type Kyrgyz who risked jail by connecting rural neighbors to power during the country’s systemic electricity blackouts. Directed by Aktan Arym Kubat (previously known as Aktan Abdykalykov), it won prizes at small festivals in Russia and France.

But if Kyrgyzstan must turn to the past, says Jumabayev, there is one historical character that might teach people more about their country than Kurmanjan-Datka: Umetaly, a northern tribal chief who was among the last of the Kyrgyz leaders to submit to Russian rule, in the late 1860s.

“People would watch a film like that and say ‘Look: 150 years and nothing has changed,’” Jumabayev jokes.