Police looked on as the clash occurred. 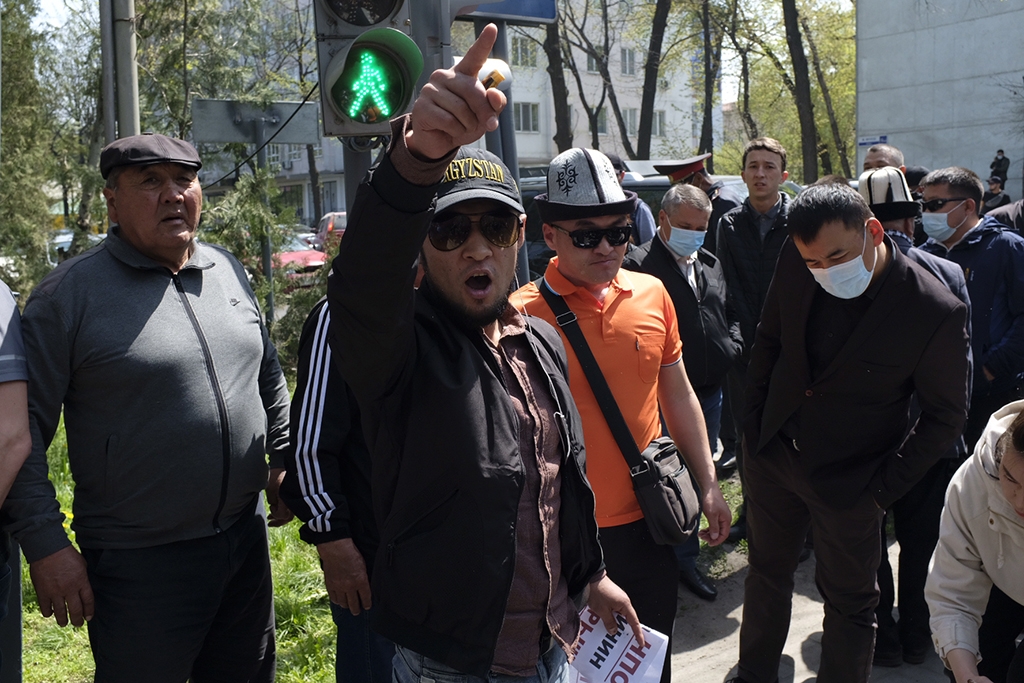 Women’s rights campaigners in Kyrgyzstan’s capital were assaulted by dozens of self-styled traditionalists on April 14 while holding a rally to call on the government to do more to combat gender-based violence. Police did not intervene.

The demonstration held outside the Interior Ministry headquarters was another event reflecting the upswell of indignation provoked by last week’s kidnapping and murder of Bishkek resident Aizada Kanatbekova. The 27-year-old was snatched from near her home by a four-man gang led by a man who had made repeated and insistent overtures to Kanatbekova.

Police have said that the kidnapper, Zamirbek Tenizbayev, committed suicide after strangling Kanatbekova and that his three accomplices have been arrested.

What has angered many activists is that in addition to pursuing the perpetrators of the crime, police have, according to Kanatbekova’s relatives, been seeking to dig up any evidence that might also show the young woman in a bad light.

Law enforcement is showing signs of wilting under the spotlight following revelations that police failed to act in a timely manner over Kanatbekova’s kidnapping and subsequent murder. The head of Bishkek police and 11 officers have been dismissed, while dozens of others received formal reprimands.

Interior Minister Ulan Niyazbekov has resisted calls for his ouster, however. And some elements have his back. 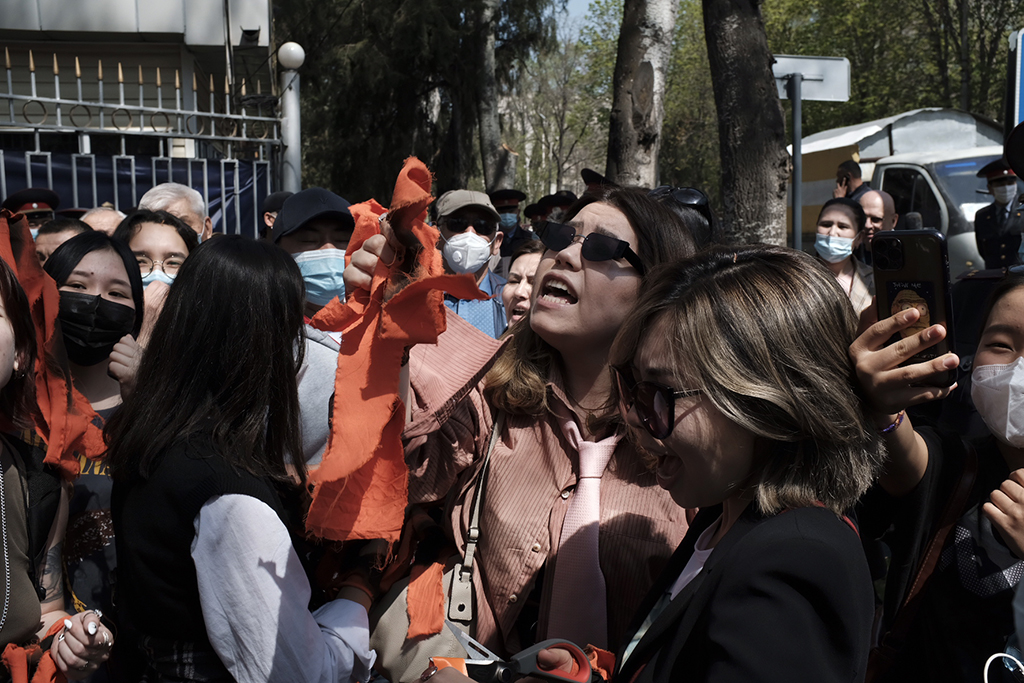 A demonstration of around 30 women’s rights activists calling for his removal was aggressively broken up by several dozen men belonging to what are known as national-patriotic groups. Their justification for mounting the assault was the false claim that the demonstrators had assembled to promote LGBT rights.

“There is a danger in Kyrgyzstan that various kinds of Western values ​​are being imposed on our young people. If they want to promote these values, let them do it in some other country,” one of the national-patriots told local newspaper Vecherny Bishkek.

The same men held up signs bearing slogans like “Disappear agents of the West,” “Don’t sell off Kyrgyzstan for dirty money,” and “Soiled enemies of the people.”

It seems unlikely that the national-patriots misunderstood that the rally was not in any form related to LGBT issues – a topic guaranteed to cause discomfiture among the conservative public – and this indicates that their true motive was most probably to bring a rapid end to the gathering. They were successful. Cowed by the large number of threatening men, whose actions were in no way curbed by the police, the women’s rights rally participants eventually dispersed.

“Police officers were present at the rally from the very start and they were looking for any excuse to detain activists,” Zhetishet, a Bishkek-based feminist movement, said in a statement after the event.

It has emerged this week that Tenizbayev, the man who murdered Kanatbekova, had been the object of a police report for sexualized violence against women in the past. One woman who spoke to RFE/RL’s Kyrgyz service on condition of anonymity said Tenizbayev smashed down the door of her home in 2019.

“I was frightened, I did not let him in, but he broke down the door, came into the apartment and began choking me. Then he pushed me out onto the balcony and started threatening me: ‘I’ll kill you, I hate your face, I’ll throw you off this fifth story,’” the woman said, recalling how Tenizbayev had obsessively stalked her friend.

The eyewitness said the whole episode was reported to the police, who she said took no action.

Nurbek Toktakunov, a lawyer representing Kanatbekova’s family, said the police have performed little better this time around. Investigators only got in touch with the family six days after the woman’s death, the lawyer said. Toktakunov said that the police went to the neighborhood where Kanatbekova lived to ask invasive questions about her lifestyle.

“It’s a good thing that Aizada’s neighbors know her, that she was a good girl, so they told the police to go to hell,” Toktakunov said on April 13. “What’s more, they have been calling relatives in for chats to try and talk them into refraining from talking about police negligence.”

The police has rejected these claims and implied in statements, although without mentioning his name, that Toktakunov was responsible for spreading misinformation.

Kanatbekova’s family are especially aggrieved that police failed to act in a timely manner in this case, despite being presented with troubling evidence from the outset. A close-circuit camera captured the scene as the gang of men ambushed the woman and bundled her roughly into the back of a Honda Civic. The license plate was visible in the shot.

Desperate appeals to the police went unheeded, the family said. Most troublingly, Toktakunov has claimed, law enforcement officers laughed off the report of abduction and said that Kanatbekova had only been spirited away for marriage.

This alleged remark alludes to the practice of bride-kidnapping, which the authorities have notionally stated they wish to stamp out. The United Nations in 2018 estimated that almost 14 percent of women under 24 were married through coercion. Police said that same year that they had received 895 separate reports of bride-kidnapping incidents over a five-year period.

In the vast majority of cases, alleged victims did not file charges against their abductors. And the recent conduct of the police offers good clues as to why that might have been the case.