Kyrgyzstan: Notorious former customs boss steps out of the shadows

If Matraimov’s reputation as a financial resource for electoral campaigns has any substance, his public emergence threatens presidents past and present. 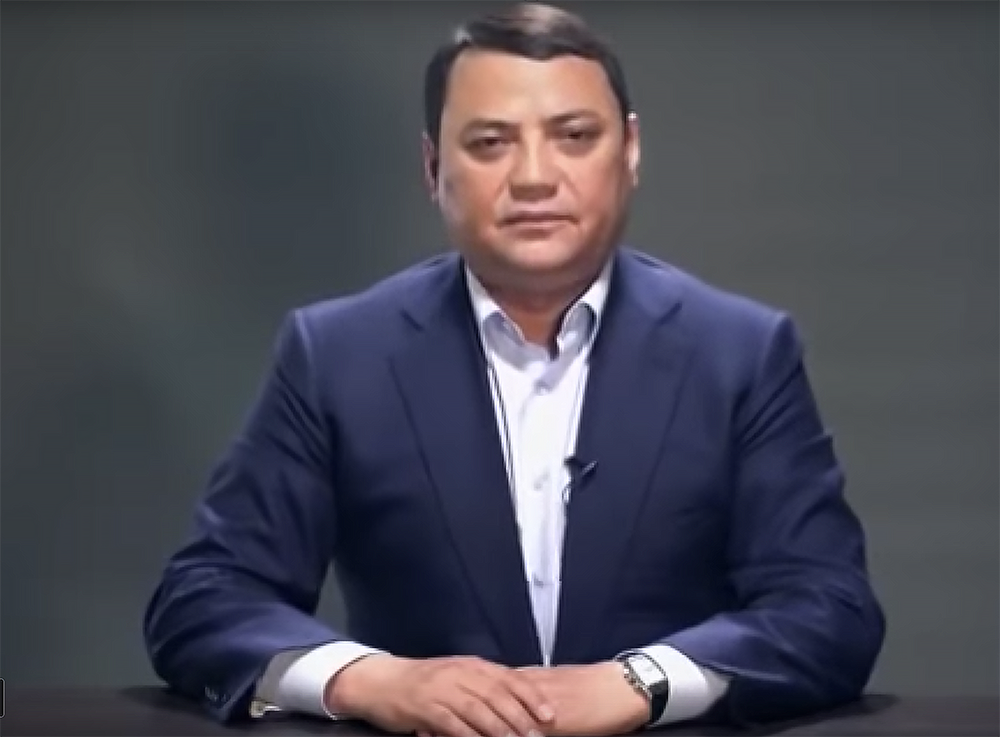 A former customs official who seems to know as much as anyone about the depths of corruption in Kyrgyz politics says he is ready to put his cards on the table.

That could be bad news for presidents past and present.

On May 13, former deputy customs head Rayimbek Matraimov released a stunning attack on ex-President Almazbek Atambayev, his former political patron, whom he accused of organizing a smear campaign. Matraimov also warned Atambayev that he “had the strength” for a protracted duel. His words might also be read as subtle warning to the incumbent head of state, Sooronbai Jeenbekov.

The six-and-a-half-minute video address spread quickly on social media, making a coming-out of sorts for a shadowy figure nicknamed “Rayim Million” due to his alleged penchant for graft.

“He exists! He can speak and even read!” declared one tweet that captured the general surprise over the appearance.

On Matraimov’s claims that he has ample ammunition, there are few doubts.

Despite his abrupt dismissal, which Atambayev orchestrated just before departing office in 2017, Matraimov is still viewed as one of the most powerful people in Kyrgyzstan.

A recent volleyball tournament held in honor of his father in Osh and organized by his brother – sitting lawmaker Iskender Matraimov – was attended by a bevy of MPs, the speaker of parliament, and a deputy prime minister.

Yet Matraimov’s public image is toxic. He appears fabulously wealthy – and appears to enjoy flaunting his wealth – despite a career entirely serving the state. Public criticism has done nothing to humble him.

Speaking in Kyrgyz, he dismissed the “Rayim Million” tag as a slur invented and spread by Atambayev, whom he also blamed for tarnishing his family's volleyball tournament.

That claim ignores the fact that Matraimov has been legendary for years, in part thanks to the luxury-flaunting social media postings of his own children and media investigations into customs corruption.

But Matraimov was on firmer ground when he noted he had been “one of the trusted members of [Atambayev’s] team” before they fell out, citing his promotion to deputy chief of the customs service in 2015 under Atambayev.

Matraimov also claimed that he was “forced to extend all kinds of support to [Atambayev and his] party.” He has “quite a lot of information” to use if Atambayev continues to “blacken” his name, he said.

Matraimov acknowledges that the origins of this spat are petty – his sister-in-law and one of Atambayev’s daughters got embroiled over a parking space, he said, without offering details.

But the broader context for his outburst is the ongoing war of attrition between Atambayev and his successor-turned bitter political rival, Jeenbekov. And Atambayev has used Matraimov’s swelling status as a public villain to tar the new president.

Atambayev has suggested, for instance, that Matraimov was the main financial backer for Jeenbekov’s campaign in 2017. And on May 14, Atambayev’s Social Democratic Party of Kyrgyzstan summarily dismissed Matraimov’s attack as planned by Jeenbekov’s office.

In fact, Atambayev himself enthusiastically endorsed Jeenbekov. But that was before he fell out spectacularly with his one-time protege, whom he tried and failed to control from behind the curtain.

If Matraimov’s reputation as a financial resource for electoral campaigns has any substance, his public emergence threatens both men.

Atambayev’s political stock has collapsed since he left office, and any revelations Matraimov might issue will compound his credibility crisis.

But for Bishkek’s chattering classes, the very fact Matraimov is at large – and even won a court case for wrongful dismissal – serves as proof that Jeenbekov’s promised battle with corruption is hot air.

So far Jeenbekov has managed to kick the Matraimov can down the road.

At an end-of-year press conference last December, he promised journalists he would look into accusations against the former official, while also implying the fuss was overblown.

Six months on that pledge has yielded no tangible progress and the figure of Rayim Million looms ever larger over his presidency.