The ban would be on bags 20 microns thick, which would unlikely satisfy environmentalists. 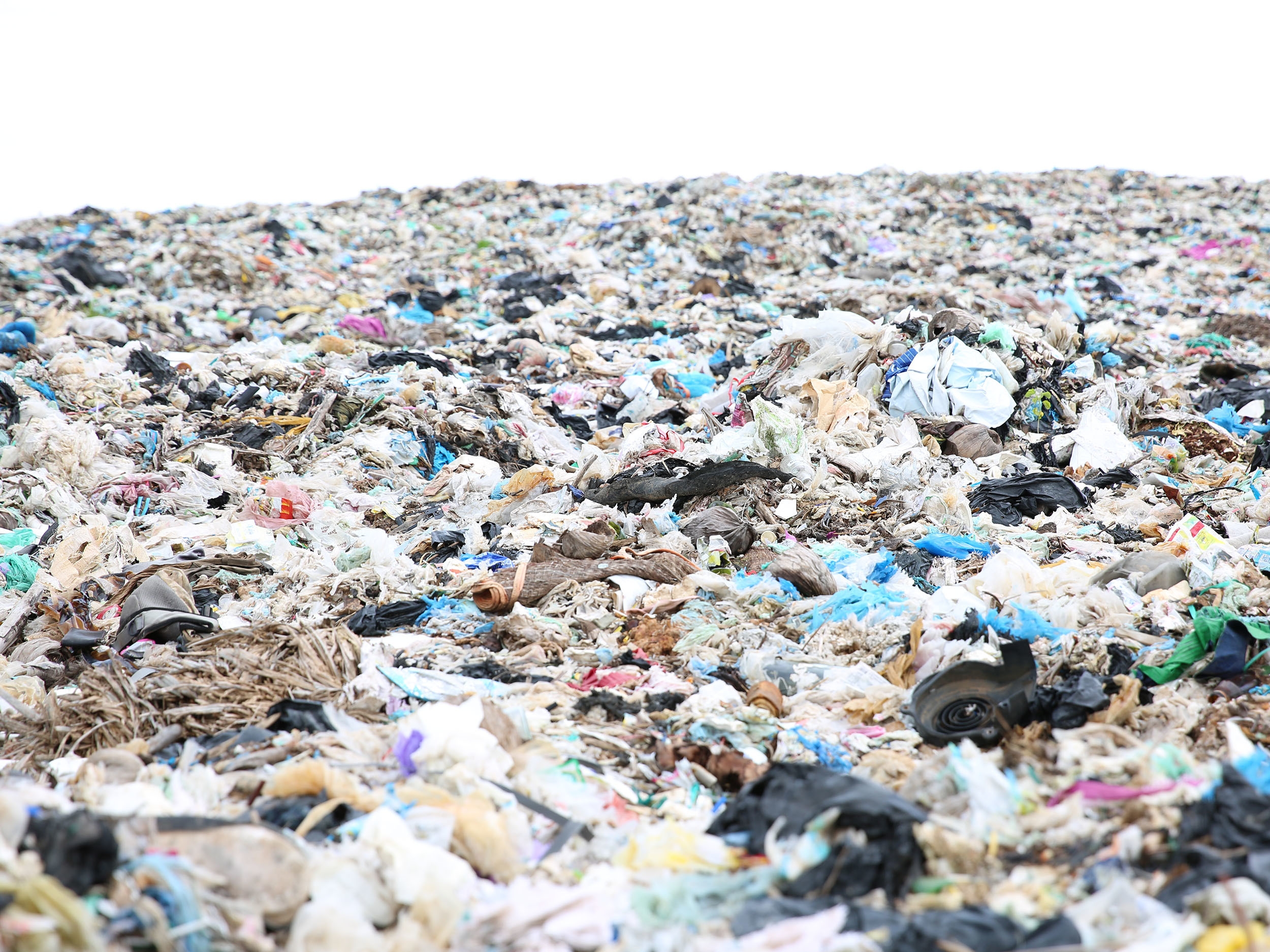 What a load of rubbish: A quarter of trash in Kyrgyzstan's landfills is plastic. (Photo: UNDP)

Kyrgyzstan produces 320 tons of plastic bags every year. And one quarter of the trash in the country’s landfills is made up of non-biodegradable plastic.

For those reasons, a senior state environmental protection official said on April 17, the government is fashioning a draft bill to ban the import and production of plastic carrier bags for general-purpose use.

Abdykalyk Rustamov, head the State Agency for Environmental Protection and Forestry, told reporters that the ban would apply to bags made from plastic film less than 20 microns thick.

Similar legislative efforts have foundered in the past, however, in the face of objections from retail lobbyists. A draft law similar to the one described by Rustamov was put before parliament in 2012, but eventually fizzled out the following year. Another attempt in 2015 was killed at committee stage amid complaints that the proposal failed to offer viable alternatives to plastic bags.

This time the problem may be caused by Kyrgyzstan’s membership in the Moscow-led Eurasian Economic Union, since any import ban may contravene the bloc’s rules on the free movement of goods.

Another issue for debate has centered on the thickness of the bags subject to prohibition. The 20 microns limit is unlikely to satisfy many environmentalists.

Other countries that have already implemented such bans have set much higher thresholds. A ban in India applies to anything under 50 microns. In Europe, some governments variously either force retailers to charge for bags 50 microns thick or ban them altogether. In parts of Australia, the prohibition is on any bags 35 microns thick or less.

For the sake of comparison, 50 microns is roughly the diameter of a human hair.

The reason thickness is a factor is to do with reusability. Thin and easily damaged bags are more liable to be discarded after a single use. In Kyrgyzstan, it is only in the best-case scenario that non-biodegradable trash ends up in the nation’s poorly managed landfills. It is just as likely that bags are discarded in the countryside, where they can end up rivers and lakes.

The mass proliferation of discarded plastic trash around the Issyk-Kul Lake, the cornerstone of Kyrgyzstan’s tourist industry, has been a source of particular concern and has prompted multiple public appeals over many years, but to little avail.

Environmental activists have for many years argued that much work remains to be done in changing attitudes toward plastic. Shopkeepers in Kyrgyzstan, and elsewhere in Central Asia, typically insist as a matter of course on handing out bags even for single-item purchases. Many people think little of throwing away bags, bottles and other items of trash in the street or in the countryside.

Facebook user Kasym Rakhmankulov earlier this month posted a video filmed at a 3,000-meter-high mountain pass on the highway linking the south of Kyrgyzstan to the north. Heaps of bags and plastic bottles could be seen by the side of the road.

“They probably think that only their car should be clean and they give no thought to nature. Dear people of Osh, Jalal-Abad, Batken, Talas and guests, please don’t litter,” Rakhmankulov said in his video appeal.