The country's lively civil society is unlikely to be so circumspect. 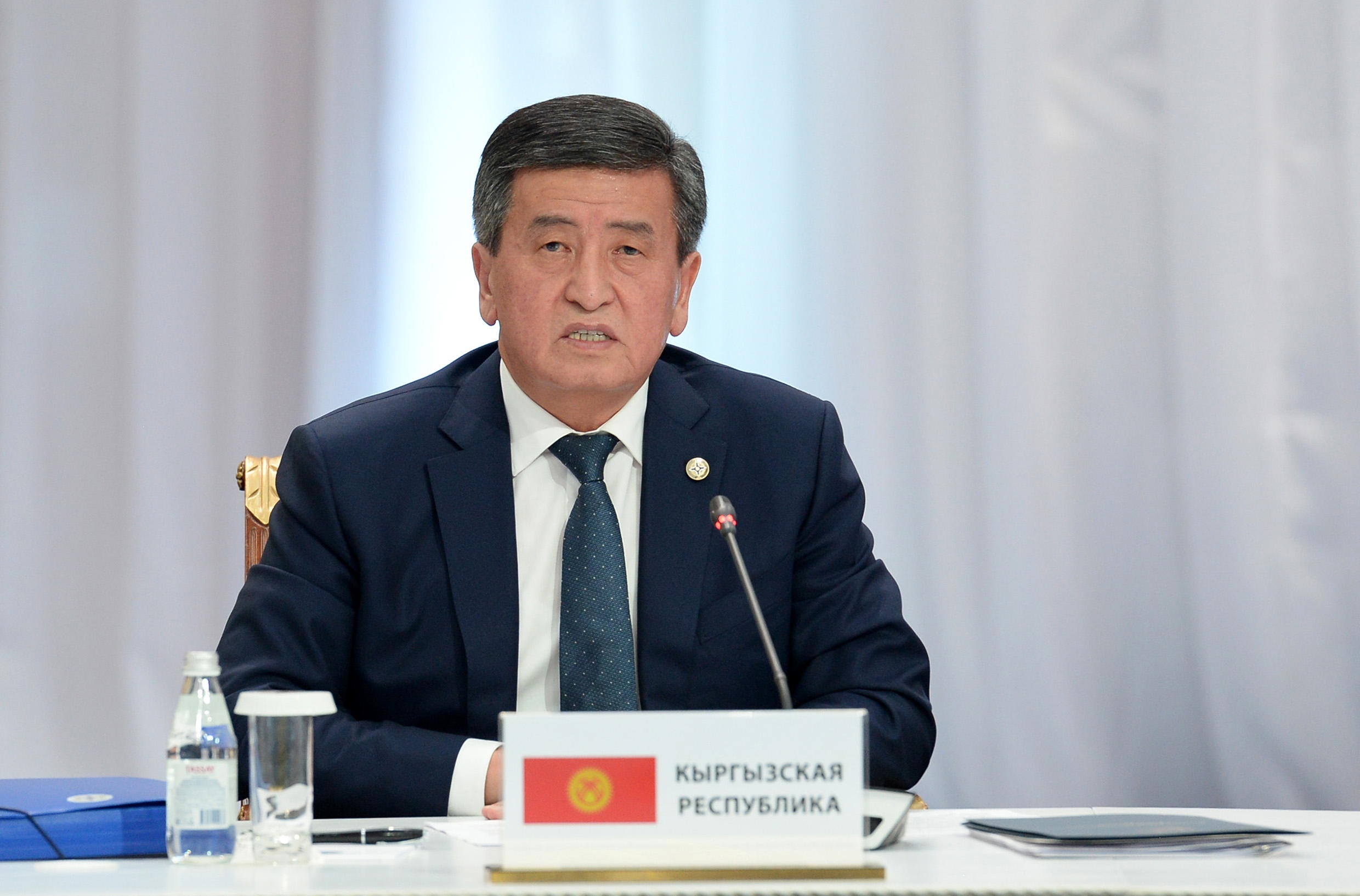 Through gritted teeth: Jeenbekov's administration is trying not to rock the boat on Xinjiang. (Photo: Kyrgyz presidential website)

Kyrgyzstan’s first reaction to reports that ethnic Kyrgyz have been detained en masse as part of a giant crackdown in China’s Xinjiang region suggests the Beijing-dependent government is unwilling to rock the boat.

Whether other Kyrgyz politicians will be so cautious remains to be seen.

Speaking in parliament on November 27 following appeals from lawmakers and the public, Foreign Minister Chingiz Aidarbekov told journalists that officials were “monitoring the [Xinjiang] issue” and would “treat [the situation] very carefully.”

But reports of detentions had not been confirmed, he said.

Addressing Irina Karamushkina, a member of parliament who has put this issue on the public agenda, Aidarbekov said that he would be prepared to provide information to lawmakers so long as no mass media were around to eavesdrop.

It was perhaps only a matter of time before interest in the plight of ethnic kinfolk in China drifted down to Kyrgyzstan from neighboring Kazakhstan.

On November 26, worried relatives appealed to President Sooronbai Jeenbekov to take up the cause of ethnic Kyrgyz “detained without reason and sent to a camp” — a reference to notorious political re-education facilities that have popped up in Xinjiang over the last two years.

Survivors say these facilities, which China has likened breezily to vocational training centers, are little more than jails.

A UN panel has determined that over one million people from ethnic minority communities, mostly Uighurs, may be interned in the camps.

The written appeal to Jeenbekov listed more than a dozen known detainees, including two prominent members of the ethnic Kyrgyz intelligentsia in China. Kyrgyz citizens have also been detained, the appeal noted.

On the same day MP Dastan Bekeshev demanded in a parliamentary speech that the Foreign Ministry “explain the real situation” in the region.

The ethnic Kyrgyz minority population in China is around one-tenth of the size of the Kazakh minority, which is estimated to number around 1.5 million.

Testimonies from victims in the region suggest Beijing is targeting all Muslim minorities there, with a particular preference for the devout, as part of its Strike Hard campaign, to bring Xinjiang to heel.

In Kazakhstan, a dedicated network of Oralman, ethnic Kazakhs who were born in China and have since returned to their historic homeland, has proved a vital source of publicity for Xinjiang victims. The government in Astana has been nudged into a reluctant dialogue with Beijing on the subject and can claim credit for the release of several former detainees, who were fully-fledged Kazakh citizens.

These former inmates subsequently told their stories to the world, helping to lift the lid on a catalog of rights violations.

Kyrgyzstan is even more beholden to China than Kazakhstan, and will accordingly be especially anxious not to allow this sensitive matter to gain much momentum. But that ship may have already sailed.

It is ominous for the Jeenbekov administration that noise on this issue should be emanating from Karamushkina. In recent months, Karamushkina has served as one of the remaining loyalists in parliament to Jeenbekov's mentor-turned-enemy, former President Almazbek Atambayev.

This indicates that Atambayev’s supporters may be prepared to play the China card and appeal to nationalist sentiment as tensions between leaders old and new continue to shape the domestic political scene.

In neighboring Kazakhstan, these types of things are more easily contained. National media largely ignores Xinjiang as a topic. Several of the Almaty-based activists who continue to hold press conferences dedicated to the issue say they have received warnings from authorities.

Kyrgyzstan, with its comparatively noisy civil society and relative political freedoms, is a different proposition.