A small liberal-leaning opposition party failed to overcome the threshold of votes needed. 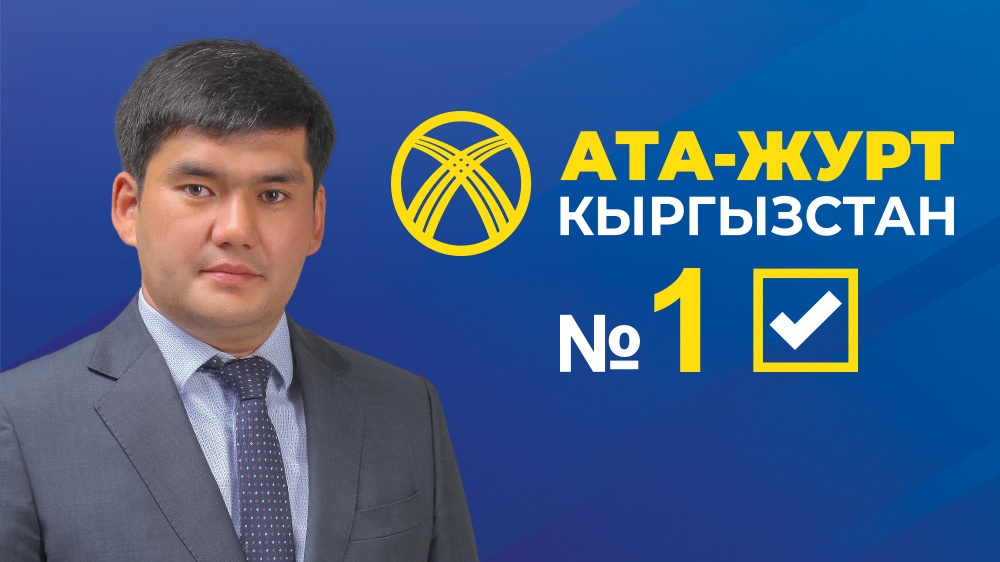 Do-over local elections in three cities in Kyrgyzstan held over the weekend have seen mostly old faces, regime insiders, and businesspeople – many of them supposedly unemployed – voted into office. Parties critical of the current ruling authorities did not get a look-in.

Turnout at the July 11 polls was low across the board, but especially so in the capital, Bishkek, where only 24 percent of eligible voters cast their ballot.

The other elections were in Osh and Tokmok, which had turnouts of 43 percent and 44 percent, respectively.

Local councils in Kyrgyzstan wield little real power, but their influence over urban planning and the construction sector does make holding seats an appealing prospect. Fully 18 parties competed in Bishkek and election officials say $2.8 million – a princely sum for local Kyrgyz politics – was spent on campaigning.

According to an analysis of the results by news website Kloop, 14 of the people elected to the 45-seat Bishkek city council were members of the outgoing council. At least six parties appear to have won seats, going by preliminary counts.

Although several of the successful parties were new, their members were heavily drawn from the ranks of older parties. Emgek, which had the strongest showing in Bishkek, is led by Yrysbek Maatkalymov, the deputy chairman of the Dordoi football club, and had mostly low-profile businesspeople and former deputies among its candidates. One, Baktiyarbek Imanaliyev, is the general director of a construction company that is involved in multiple projects in Bishkek.

Meanwhile, another strong performer, Ata-Jurt Kyrgyzstan (Fatherland Kyrgyzstan), which is generally considered a government-aligned force, was founded by a group of 45 anonymous individuals. One leading figure on its party list in Bishkek was Taalaibek Surapbayev, a member of the outgoing council and the founder of two construction companies.

And then there are the so-called unemployed. One such figure is Ata-Jurt Kyrgyzstan representative Maksat Toktogulov, who is listed on his election papers as jobless, but who is in fact known to be behind several companies dealing in finance.

Candidates have generally stuck fast to a few predictable themes, such as developing the economy, education, the environment, roads and housing. It is unclear that any of this was determinant in deciding the outcome.

Independent election monitors reported on dozens of pre-vote violations, including campaign violations and vote-buying. Kloop said it detected violations at polling stations in all three cities on the day. If the election commission upholds a sufficient number of complaints, yet another round of voting may be required, but that looks unlikely.

The liberal-leaning Reforma party, perhaps the current government’s most sustained critic among all those in the running, had a lively, low-budget campaign in Bishkek, but failed to reach the 7 percent threshold required to get any seats on the council.

Campaigning was less costly in Osh (around $652,000 was spent collectively). Ata-Jurt Kyrgyzstan came top in that city, the country’s second largest. The second name of the party’s list was another unemployed man, Jyrgalbek Tazhibaev – actually the owner of a Kyrgyz-Chinese brick-manufacturing joint enterprise.

Local elections in Kyrgystan are mainly watched for clues about what might be expected from polls for the national parliament, which are due for the fall. The current legislature is well past its expiry date. The discredited vote to select a new legislature in October was what triggered the political unrest that brought current President Sadyr Japarov to power.

One of Japarov’s first major initiatives since coming to power has been to dilute the authority of parliament. The Jogorku Kenesh, as parliament is known, has accordingly had it powers diluted, and the number of seats reduced from 120 to 90.