Kyrgyzstan: On the Night Shift, Looking for Some Economic Daylight 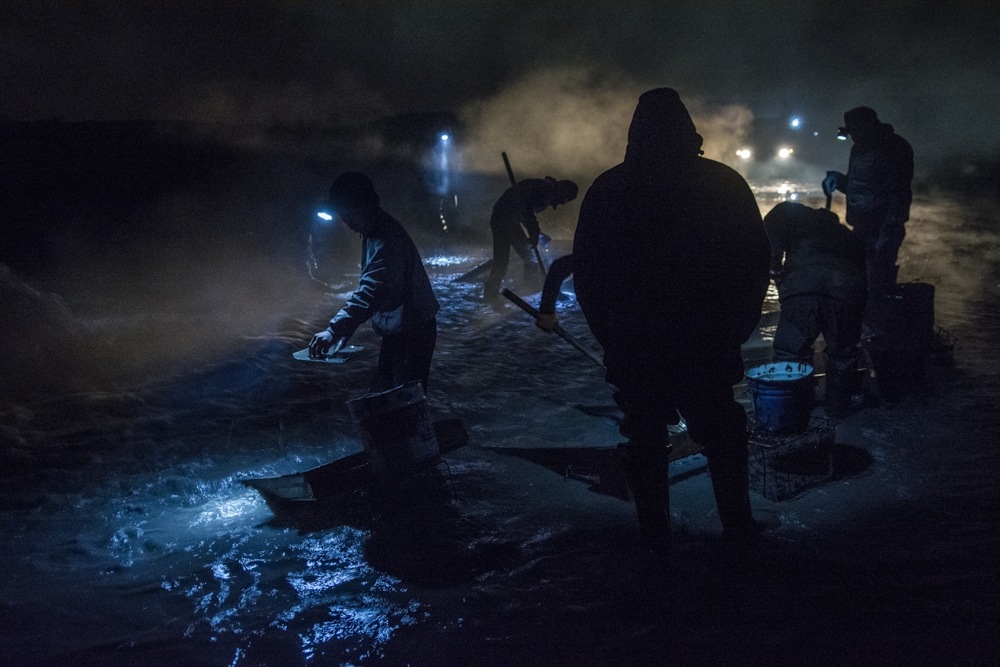 At a stream near a Bishkek thermal power plant, men sift through ash in search of unburnt coal that they sell for a pittance. 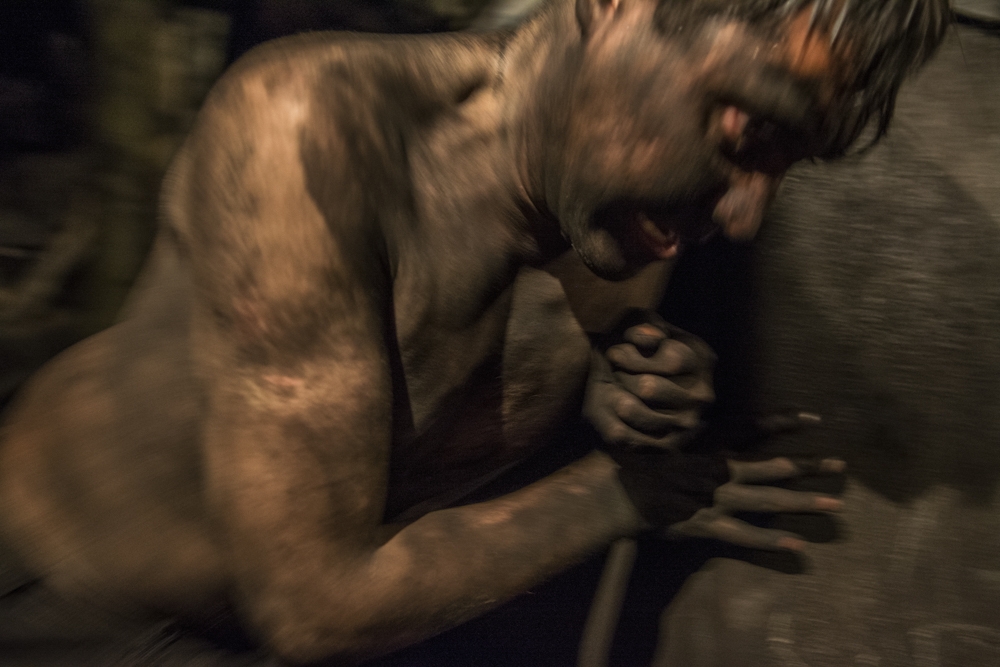 Nurlan pushing a mine trolley toward the exit of a coal mine in the town of Sulukta in the Batken region of southern Kyrgyzstan. 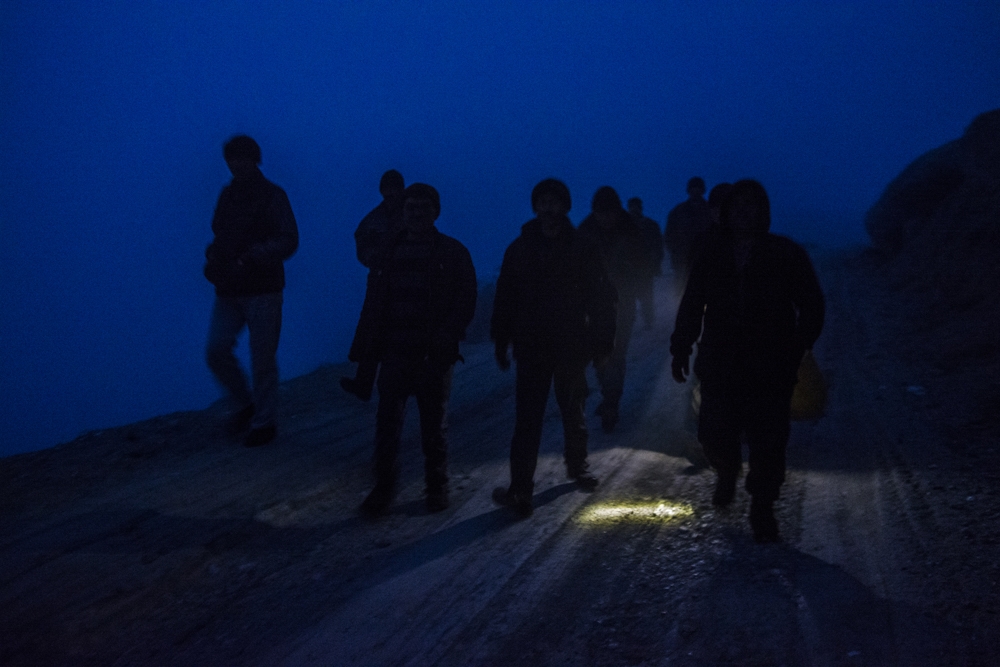 Coal mine workers in the town of Sulukta on their way back home after a day-long shift. 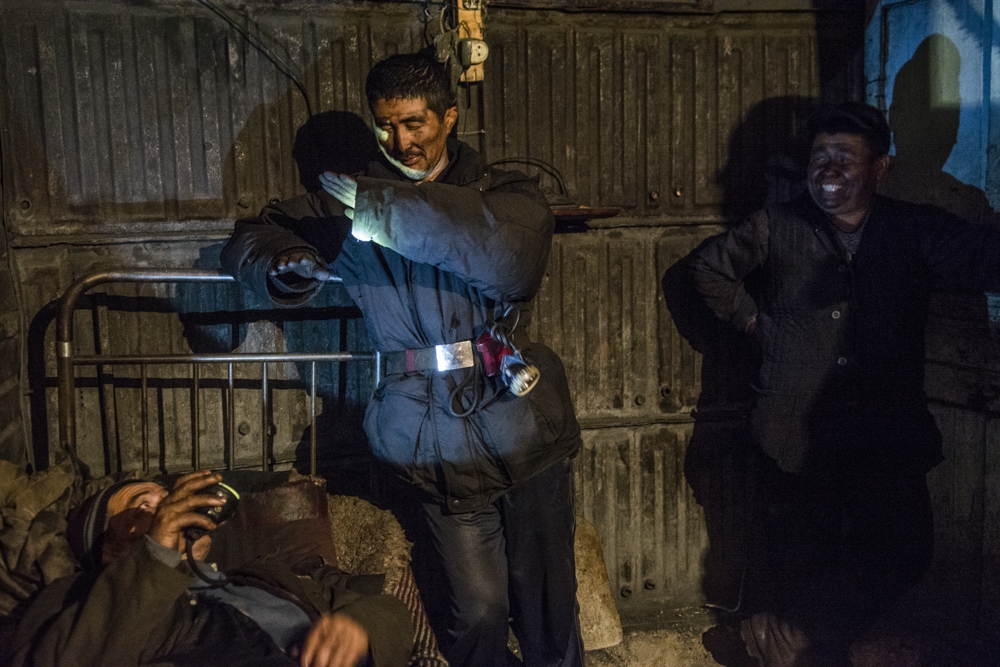 Coal mine workers in the town of Sulukta taking a smoking break during their day-long shift. 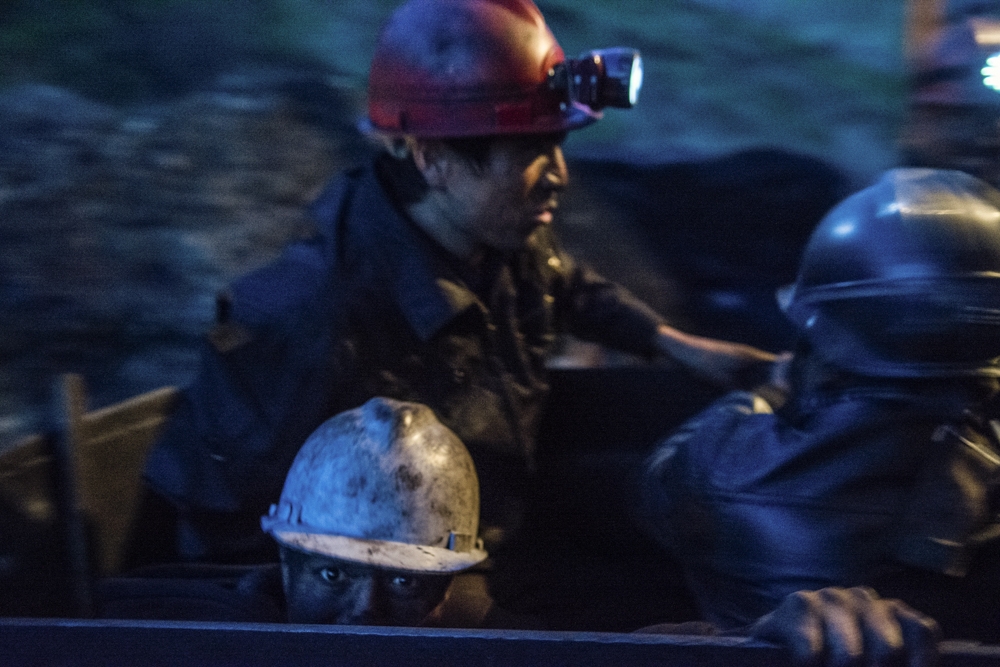 Coal mine workers in the town of Sulukta on their way into a shaft. 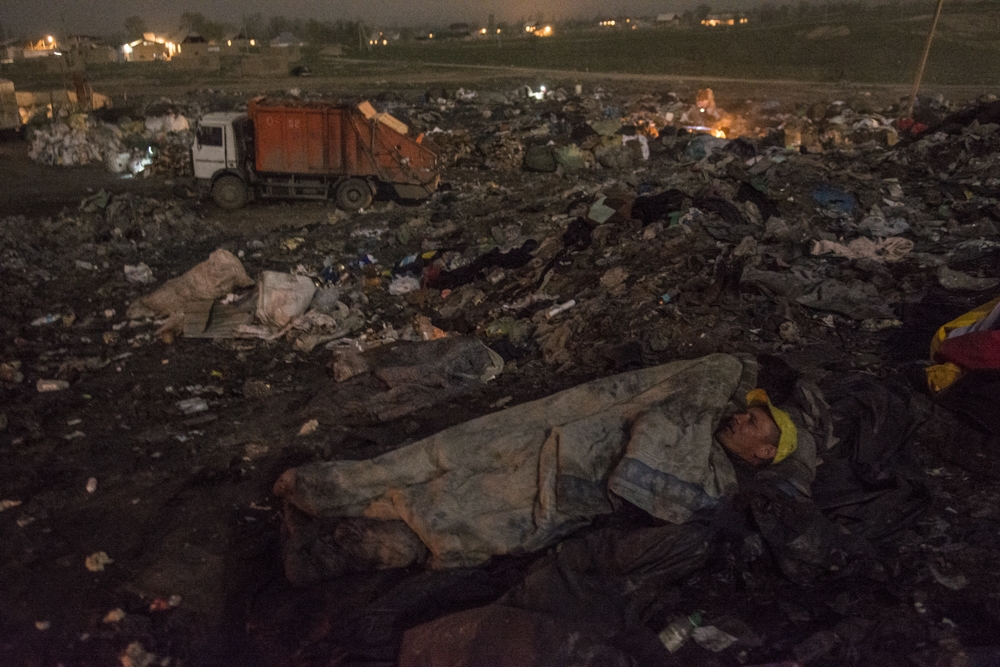 Alexei sleeps on a trash dump outside Bishkek after sorting through garbage for items he sells to waste processing plants. 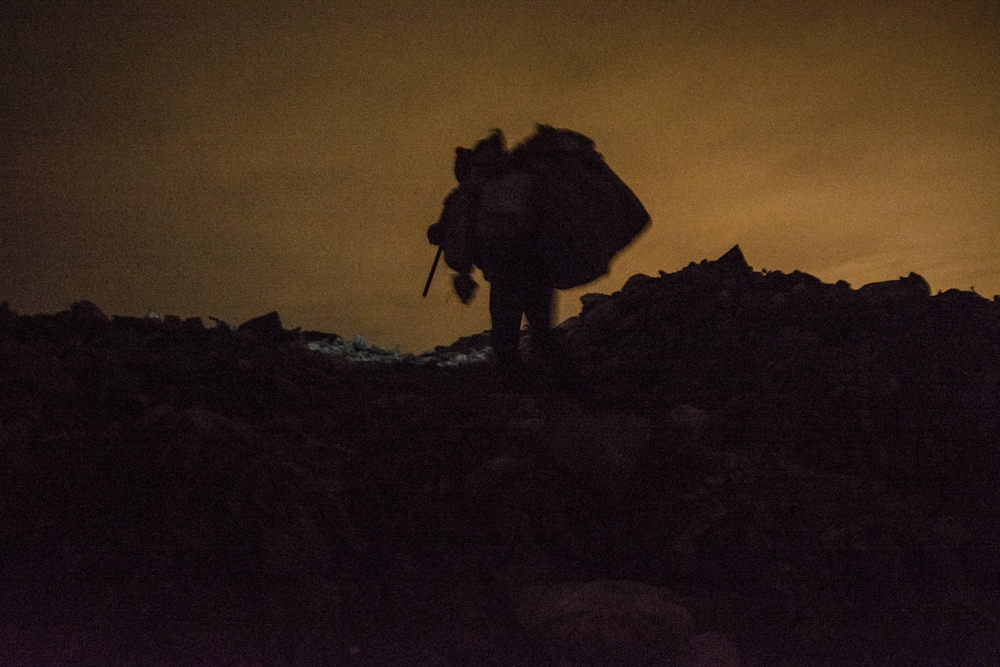 Alexei carries a sack-load of sorted garbage to an area where trucks load the material to take to a waste-processing plant. 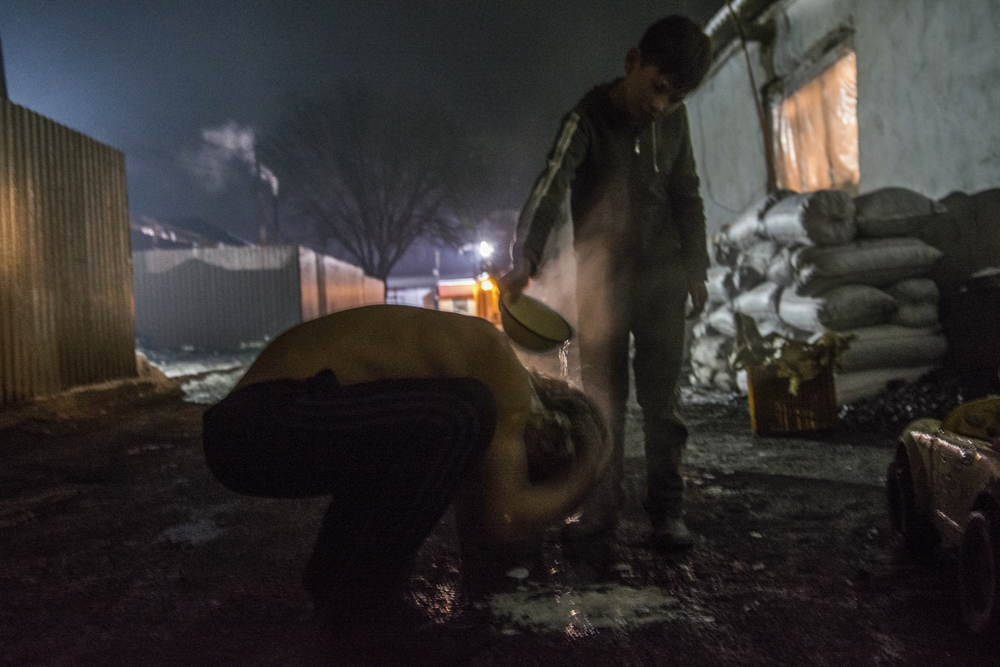 Arsen, who lives in the Bishkek thermal power plant, washes after sifting through ash to find fragments of unburnt coal. 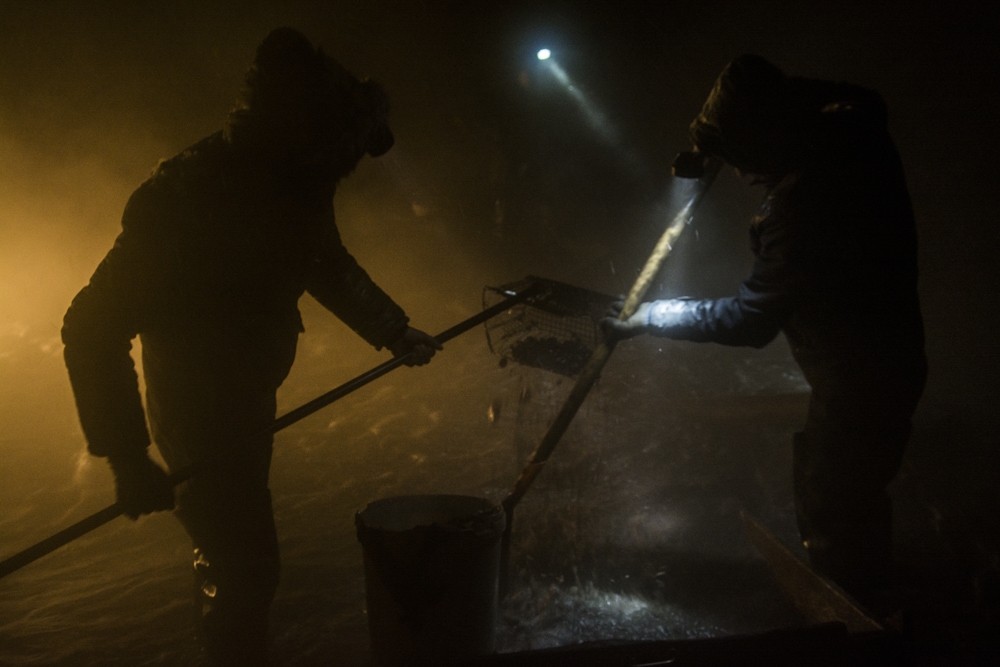 Men sift through ash to find fragments of unburnt coal dumped from a thermal power plant in Bishkek. 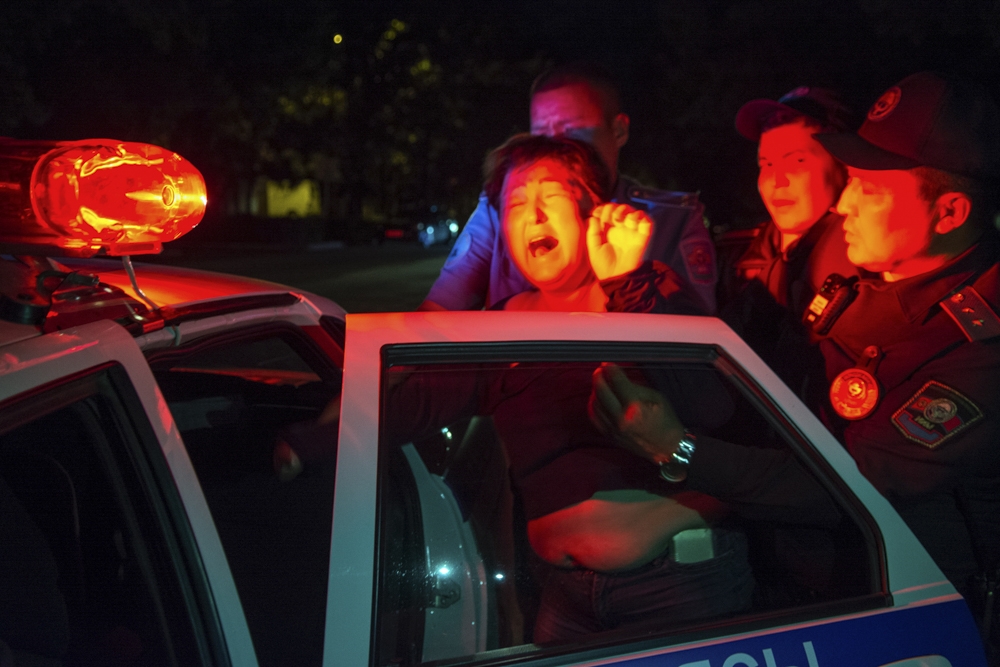 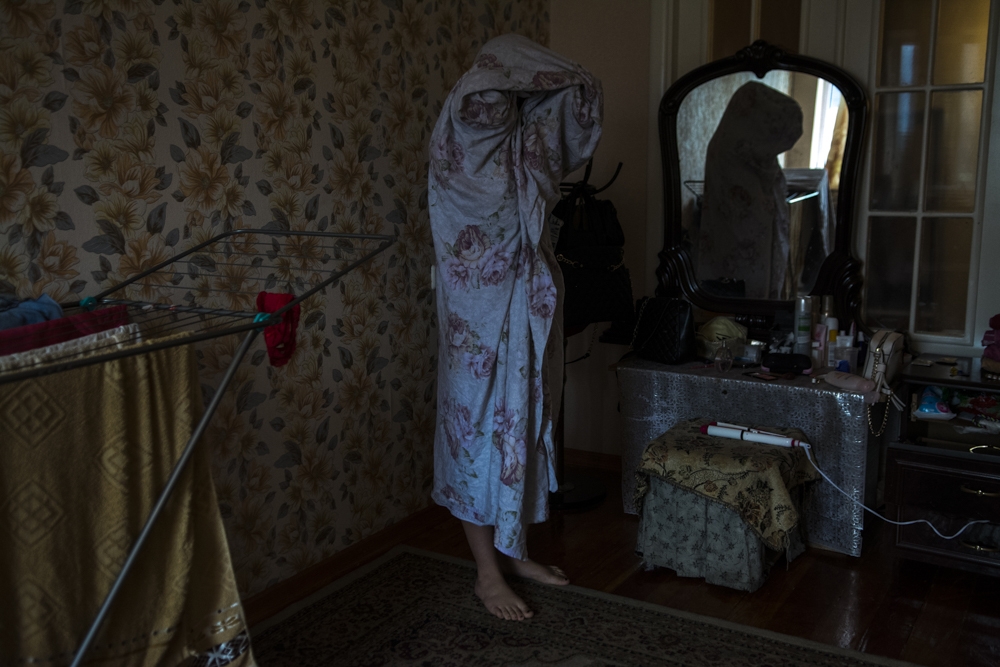 A sex worker in Bishkek covers herself up with a sheet during a police raid. 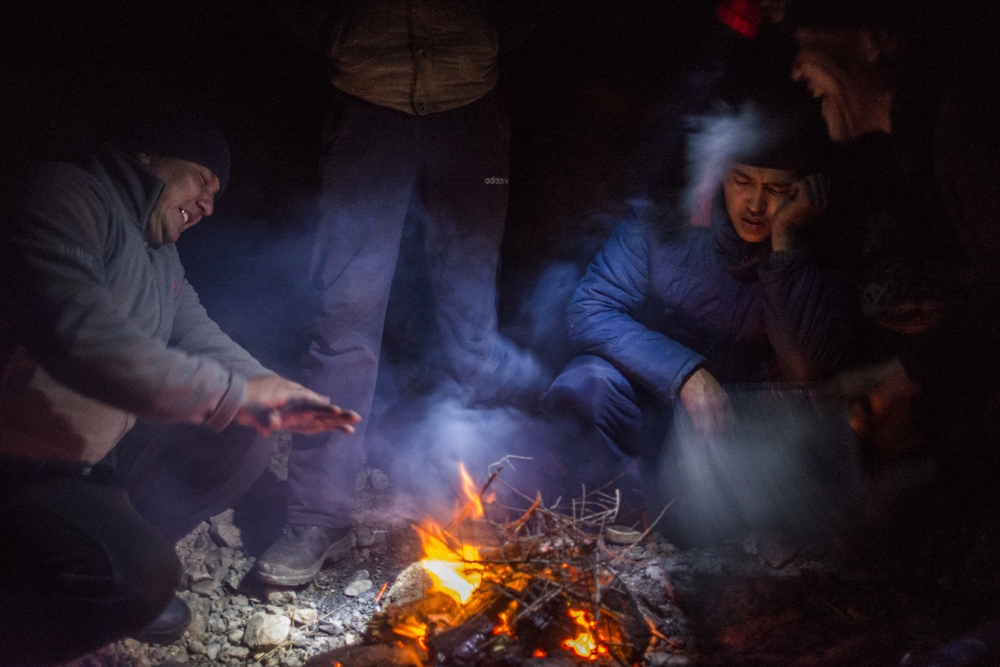 Truck drivers in the mountainous city of Naryn warm themselves up by the fire as they await their next assignment.
prev
next

With the fall of the Soviet Union, Kyrgyzstan earned independence but lost countless sources of employment, as factories and other employers shuttered in quick succession.

The government points to regular economic growth, and yet on the ground, evidence of such growth is thin. Hundreds of thousands have left for Russia to find menial, low-skilled jobs.

Many who remain in Kyrgyzstan work for salaries so low that it is often necessary for them to get second, and even third, jobs in order to pay the bills.

In this photo essay, created over the duration of 2016, Danil Usmanov, a photographer based in Bishkek, documents the travails of night-shift workers: miners, police officers, rag-and-bone men, and sex workers.