Medics say they are actively discouraged from seeking the compensation. 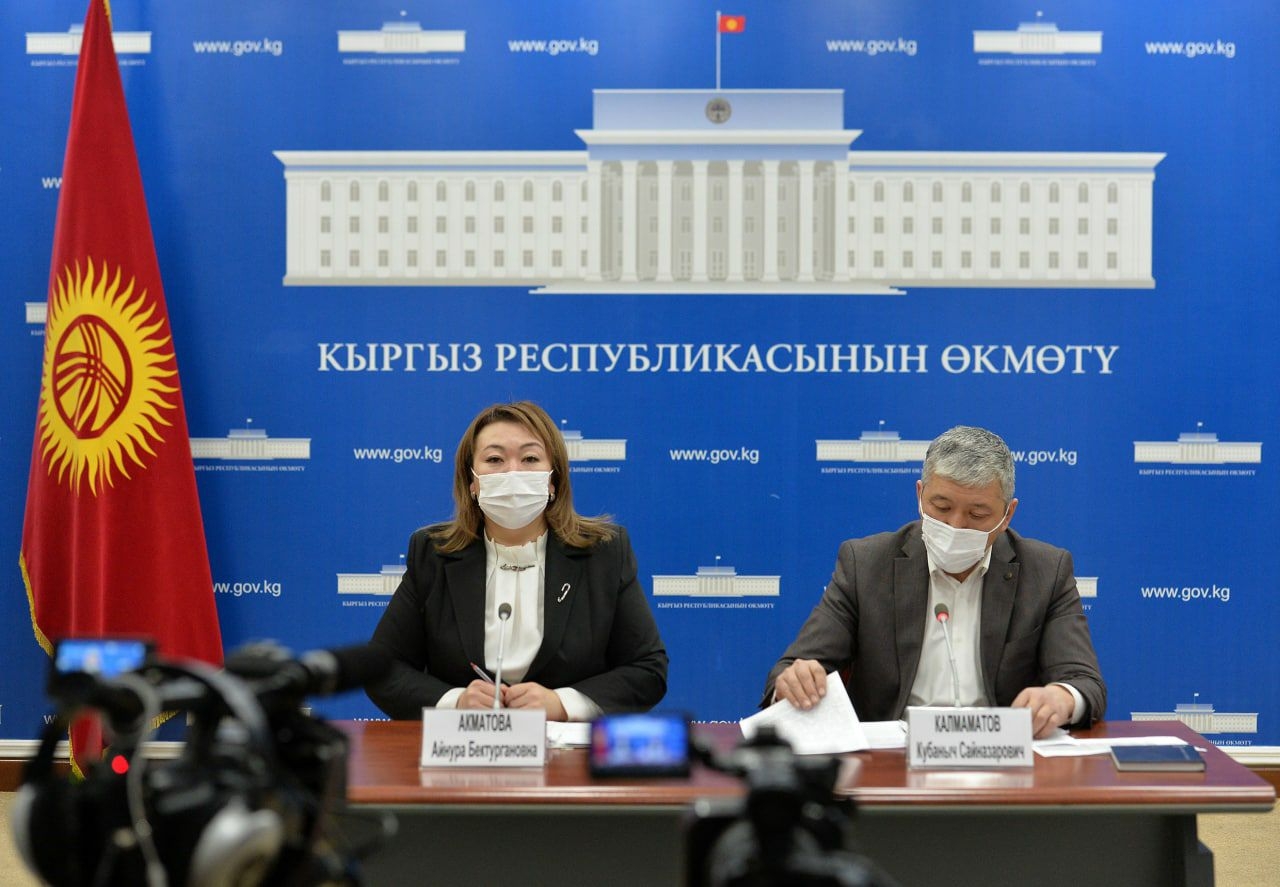 Only around 15 percent of the healthcare workers in Kyrgyzstan who became infected with COVID-19 have received the financial compensation pledged by the government, official figures have shown.

Health Ministry data ranging back to April, when the outbreak first intensified in earnest, indicate that almost 4,000 hospital employees caught the coronavirus and were as a result eligible for payments of 2,000 som ($2,250). But according to Ainura Akmatova, head of the public health department, only 608 of them have got any money to date.

“The families of 30 deceased healthcare workers were each paid 1 million som ($11,800). Currently, paperwork is being drawn up for payment of compensation to 148 more and the families of two other deceased employees,” Akmatova said at a briefing on December 8.

Of the overall number of health system staff who contracted COVID-19, at least 80 are understood to have died. Fewer than 40 percent of their families have been compensated.

The requirement that the Health Ministry pay 200,000 som to infected workers and 1 million som to the family of those who have died is written into law, but the compensation can only be approved once a dedicated commission evaluates the circumstances and determines definitively that the infection likely occurred in the workplace.

That means that healthcare workers pursuing a compensation claim must identify the source of their infection, down to the specific patient and the epidemiological number assigned to that individual.

The cause of Kyrgyzstan’s health workers was taken up in September by advocacy group Amnesty International. The rights organization noted that workers on the front line of the emergency have “paid an astoundingly high personal price during the COVID-19 pandemic, which has seen them forced to work long hours, often without promised additional pay and sometimes with reduced pay, and subjected to a ‘prison-like’ quarantine regime.”

“Kyrgyzstani doctors have worked selflessly, risking their lives every day looking after their patients, often in the absence of vital medical supplies,” Amnesty’s Central Asia researcher Heather McGill said in a statement accompanying a report published at that time. “It is appalling that in return they were denied their human rights, underpaid and forced to keep quiet about their problems for fear of retaliation.”

That same month, a lawyer for Bishkek-based legal aid clinic Adilet reported that she had received pleas for help from medics saying they had had their rights violated.

“The Health Ministry commission has already stopped collecting documents for the payment of compensation or it demands [applicants] present three patients in order to prove that the medical worker was infected by them,” said Cholpon Dzhakupova, a former lawmaker and head of Adilet.

Many healthcare workers are in any case giving up in the face of what they deem to be obstructionism from officials.

“We gathered one lot of documents and handed them in. They returned them to us, saying that we have to do it differently, that the list of required documents has changed,” one doctor complained anonymously to Kloop news website. “There was also a requirement that we list the records of three patients, including the date when they were infected and admitted for treatment.”