After the failed raid, the former president emerged to meet his jubilant supporters. Another raid may be imminent. 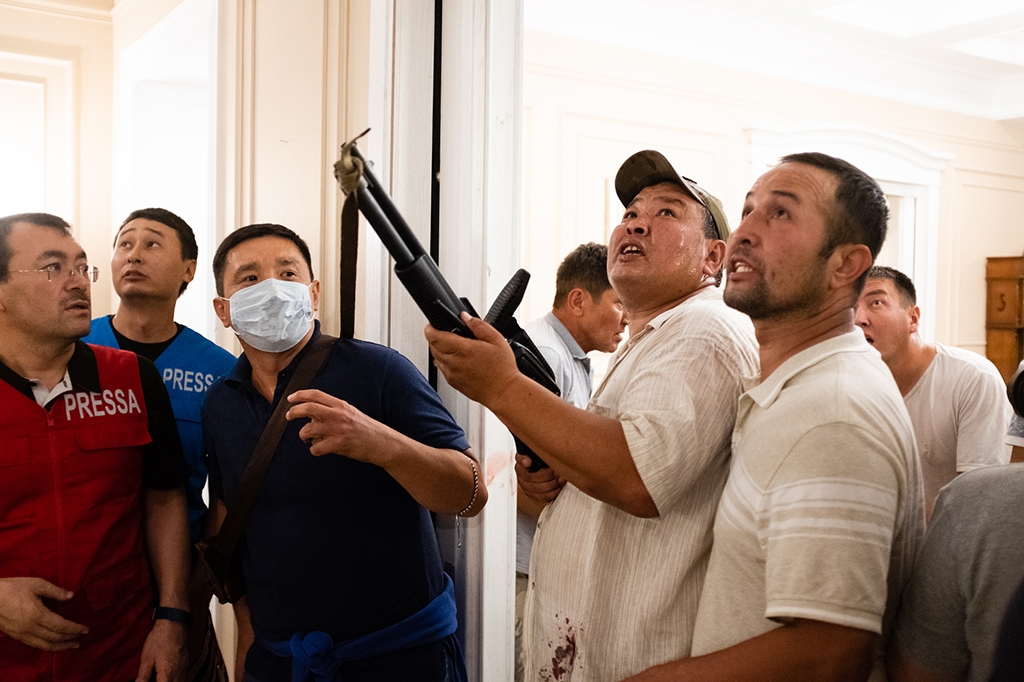 An operation by special forces in Kyrgyzstan to detain former President Almazbek Atambayev at his rural residence descended into chaos on August 7 after government troops were beaten back by his supporters.

The raid began shortly before sunset as troops swooped in on the sprawling compound in Koi-Tash, a village outside the capital, Bishkek, where Atambayev has been holed up since late June, defying repeated summons from investigators.

But hours after they burst into the compound, the special forces troops were overwhelmed by large groups of Atambayev supporters and cornered in the second floor of the former president’s residence.

Shortly after 10:30 p.m., Atambayev emerged from the building to the cheers of his supporters.

His aide and most loyal confidante, Farid Niyazov, expressed fury at the raid.

“The authorities should have [resolved matters] in a lawful manner. But they refused to do this. They believed they could get away with doing what they wanted,” he said.

Atambayev himself made a brief televised statement at around 3 a.m. in which he expressed willingness to cooperate with the authorities while insisting this would happen on his own terms.

"There is still time for the authorities to change their minds. We are not a people that is prepared to live on their knees. We are not sheep from the collective farm. The citizens of Kyrgyzstan are an independent people for whom honor is more precious than life," he said. 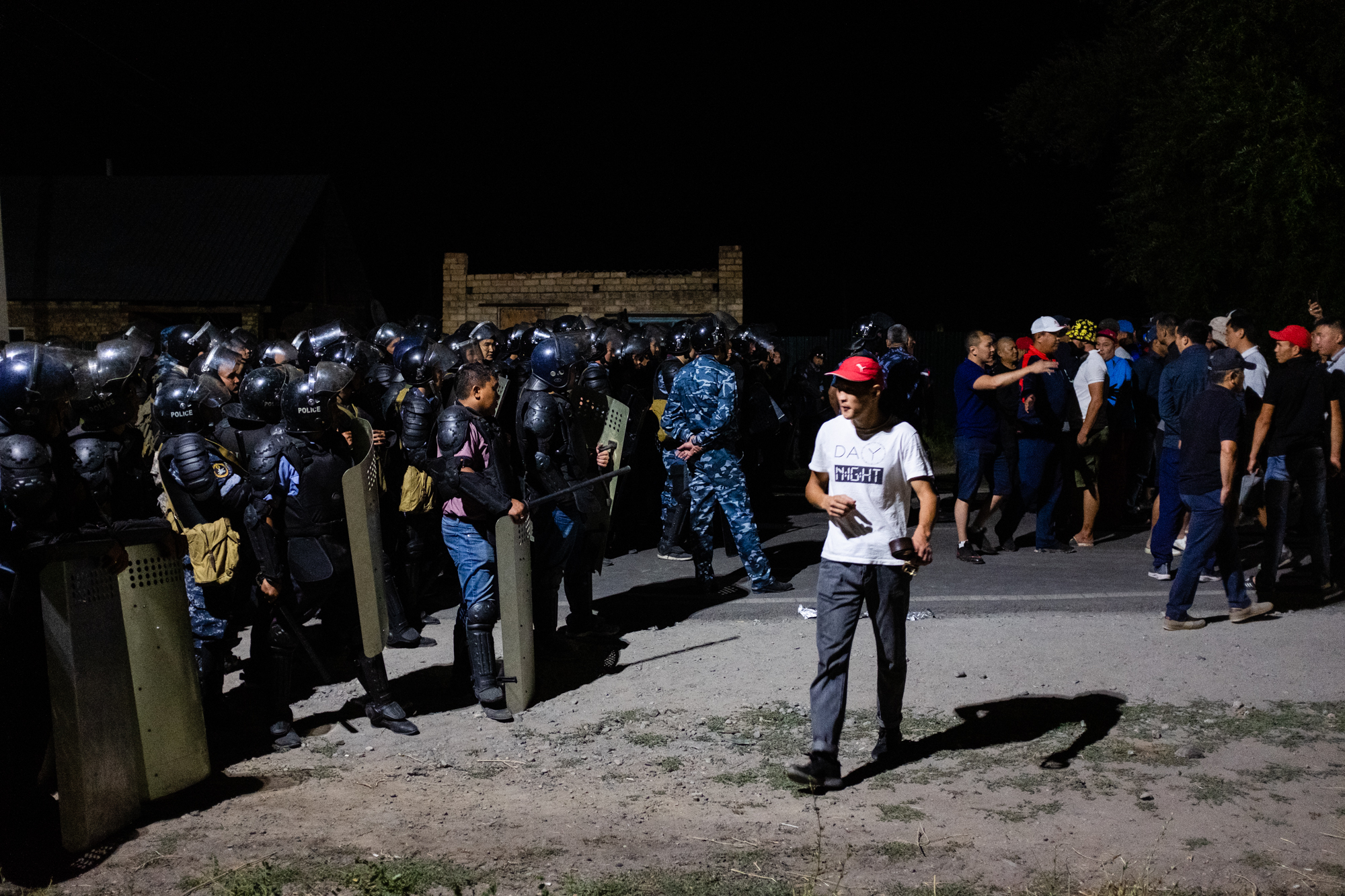 Atambayev, who ended his single term as president in late 2017, has been embroiled for months in a tense standoff against his former protégé and successor, Sooronbai Jeenbekov. Parliament voted overwhelmingly in June to strip his immunity from prosecution in a development that was widely assumed to be a precursor to his detention on a number of corruption and abuse-of-office charges.

The 24.kg news website, whose journalist was at Koi-Tash when the surprise raid got underway, reported that shots were fired and that Atambayev’s supporters initially used stones to try and repel the assault.

It appears that the special forces initially managed to seize partial control of the compound and locked out some of the crowd loyal to Atambayev, using gunfire to keep them at bay. A couple of hours into the standoff, however, groups of men succeeded in pulling down fencing surrounding the residence and poured into the grounds. Some minutes later, flames could be seen rising from at least two locations in the compound. 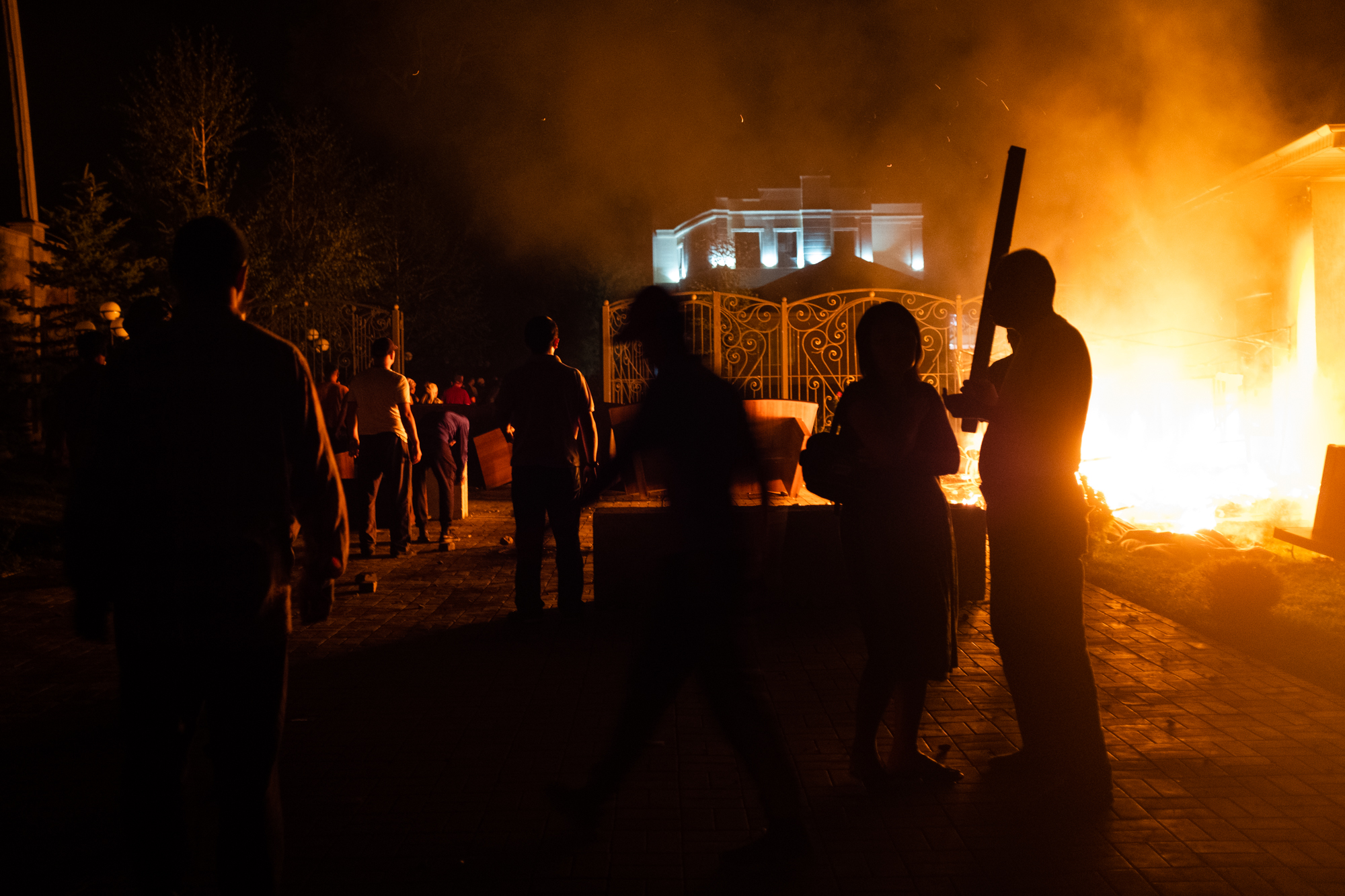 Special forces troops were eventually backed into the second floor of the building in which Atambayev is said to have been residing. After some time, several of the special forces operatives were dragged out as people in the mob sought to punch and kick them.

It is not clear what weapons the men defending the compound had at their disposal. When Eurasianet reporters visited in June and July, they saw piles of rocks stacked at intervals, as if in anticipation of an assault. Photos taken following the initial abortive raid, however, showed at least one apparent Atambayev loyalist carrying an automatic rifle. Atambayev has said repeatedly that he would be willing to personally take up weapons in the event of an attempted detention. 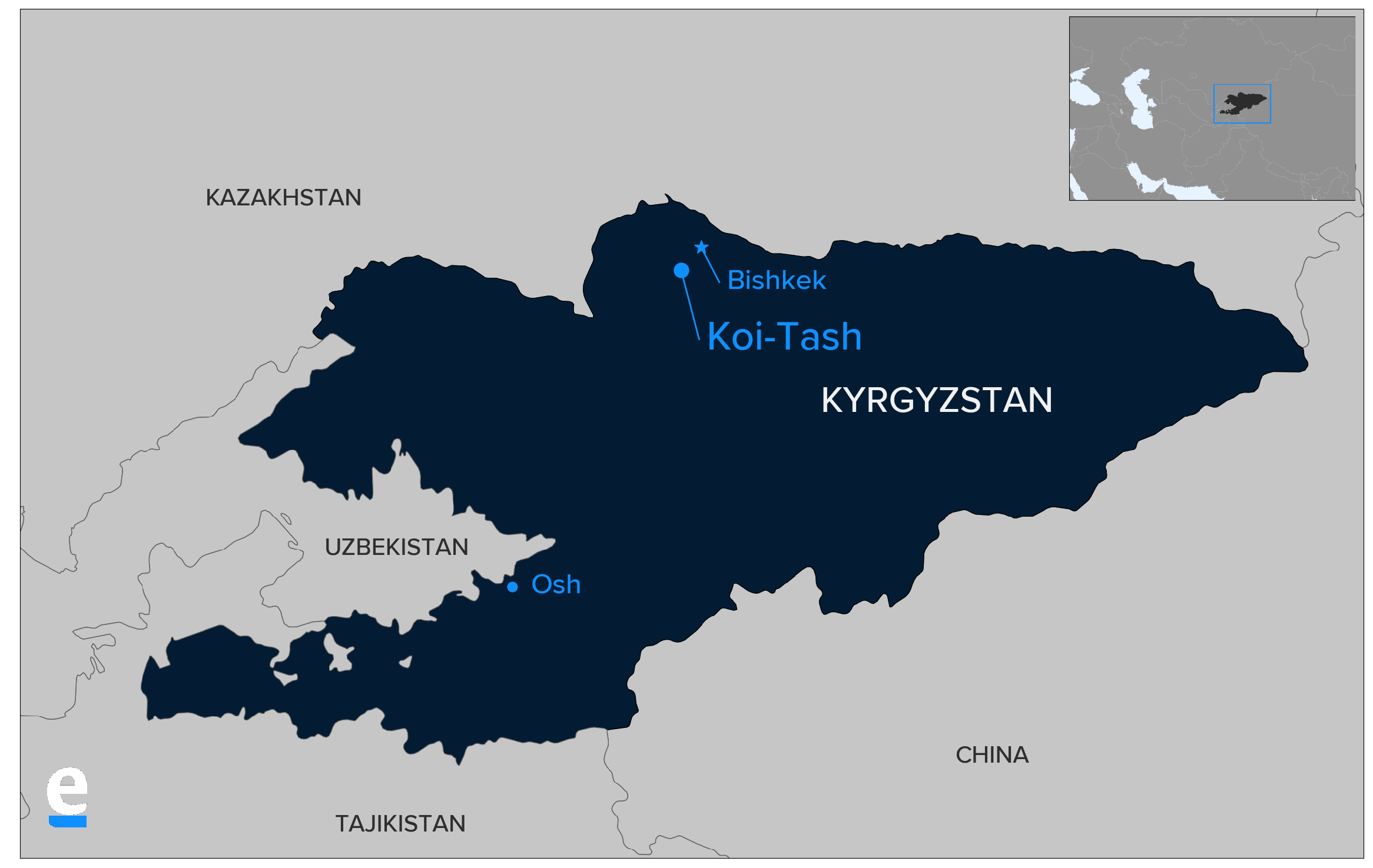 “They were shooting live rounds,” Iskender Shayakhmetov, director of Bishkek Center of Extreme Medicine, was quoted as saying, apparently referring to the pro-Atambayev combatants. “A special forces soldier sustained a bullet wound in this chest. The round pierced the bullet-proof vest.” 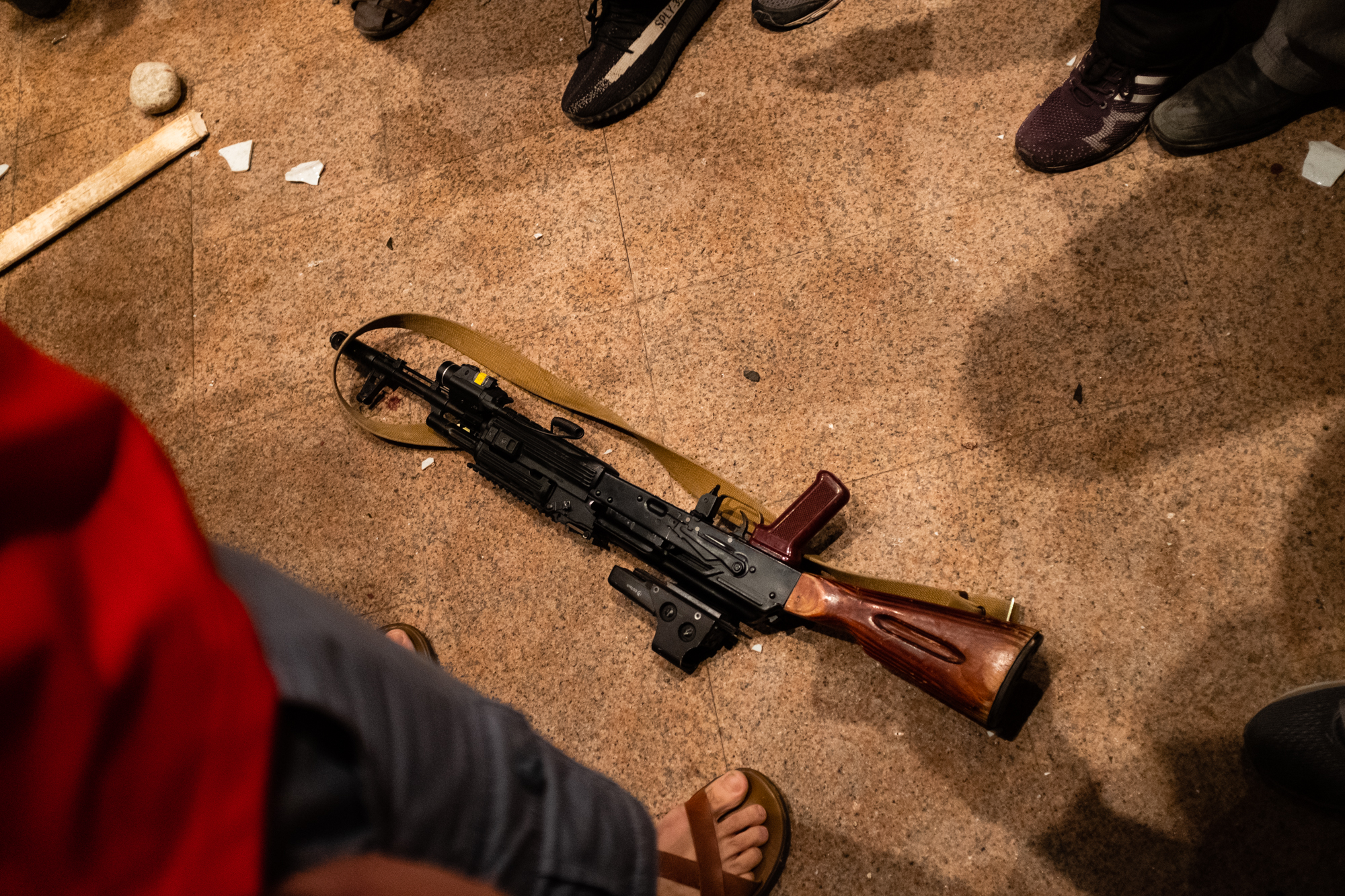 Atambayev appeared to have secured a reprieve last month, when he met in the Kremlin with Russian President Vladimir Putin, who explicitly urged Jeenbekov to refrain from escalating political tensions. This was widely interpreted as a signal that an arrest was not imminent.

Those guarantees do not appear to have proven sufficient.

Jeenbekov was reportedly on holiday when the operation at Koi-Tash was unfolding. His office reported later in the evening that he was rushing back to Bishkek. He is due to chair a national security council meeting on August 8.

Irina Karamushkina, one of the few members of parliament to have remained loyal to Atambayev and who was at the Koi-Tash residence at the time of the raid, accused the Jeenbekov government of resorting to repressive measures similar to those adopted by earlier deposed Kyrgyz leaders.

“You cannot speak to the people with the language of bullets and injury,” she said in a Facebook video stream. “The first blood has been shed by the Jeenbekovs. And they will pay for this.” 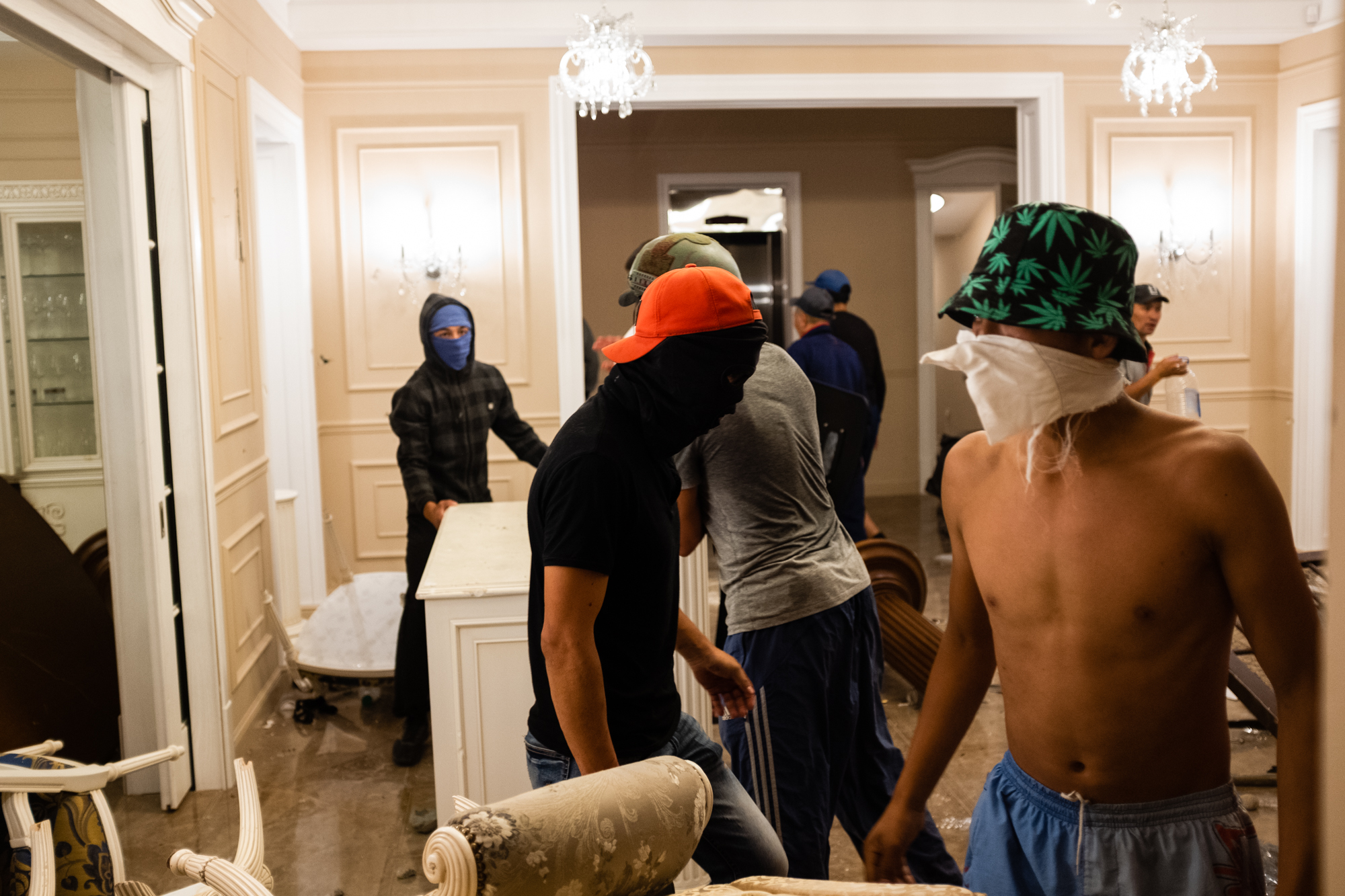 Jeenbekov’s detractors accuse him of ushering in a style of family clan-based rule similar to that seen under Kurmanbek Bakiyev, who was deposed in a bloody revolt in April 2010.

Late at night, with tensions still running high, senior Kyrgyz security officials registered their willingness to enter into negotiations. Atambayev's entourage has made it clear, however, that its main demand is that the former president cannot be taken into custody.

In another apparent gesture of compromise, roadblocks from Bishkek to Koi-Tash were reportedly lifted in the early hours of August 8. 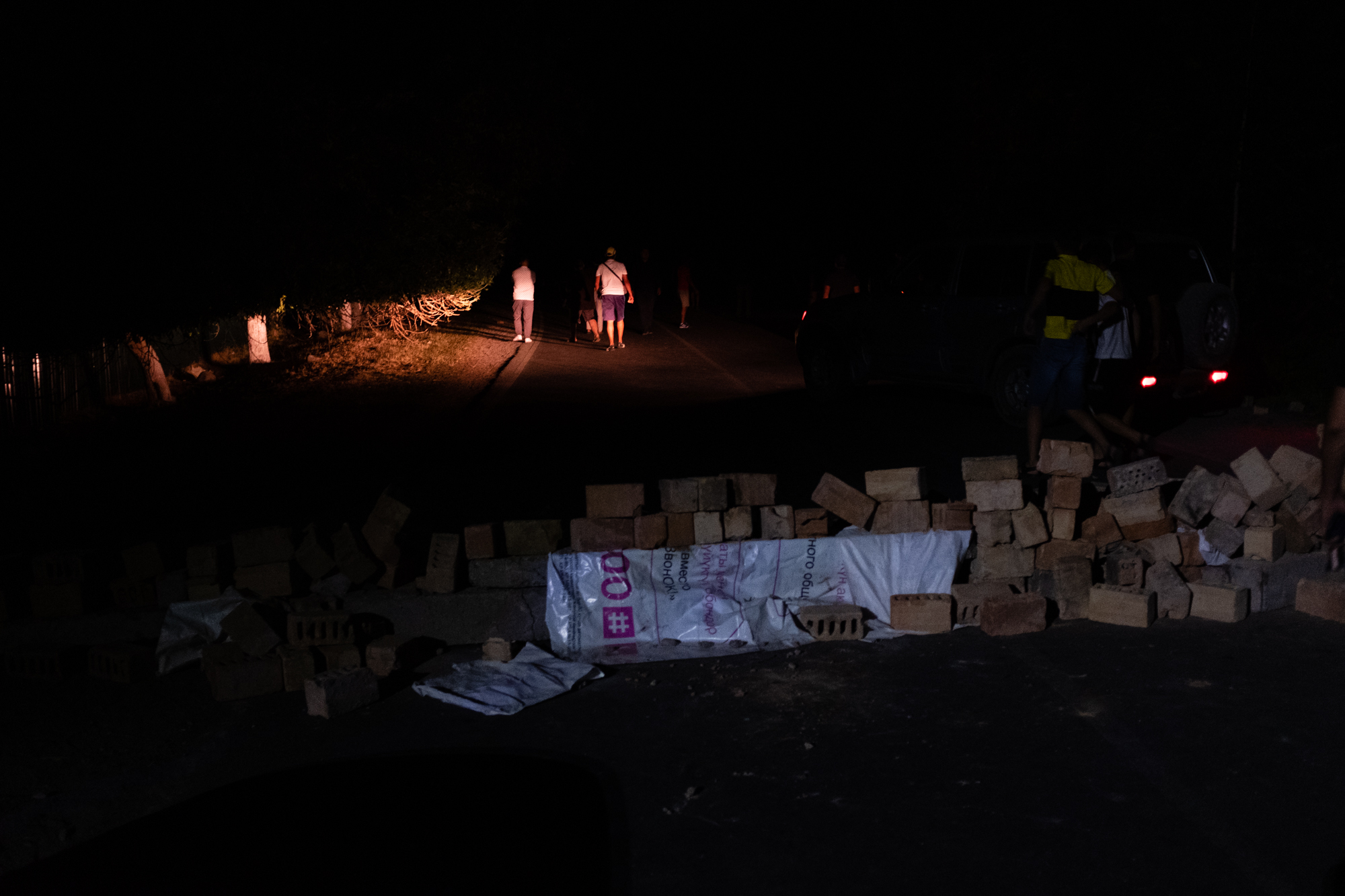 At least six special forces soldiers are understood to be in the custody of Atambayev's supporters. Deputy Interior Minister Kursan Asanov told reporters that he has been given assurances that all the men will be released and he indicated that no repeat raid was planned for the immediate future.

"Look at our men. They have nothing in their hands," Asanov said. "What we need is peace among the population."

This story has been updated throughout.