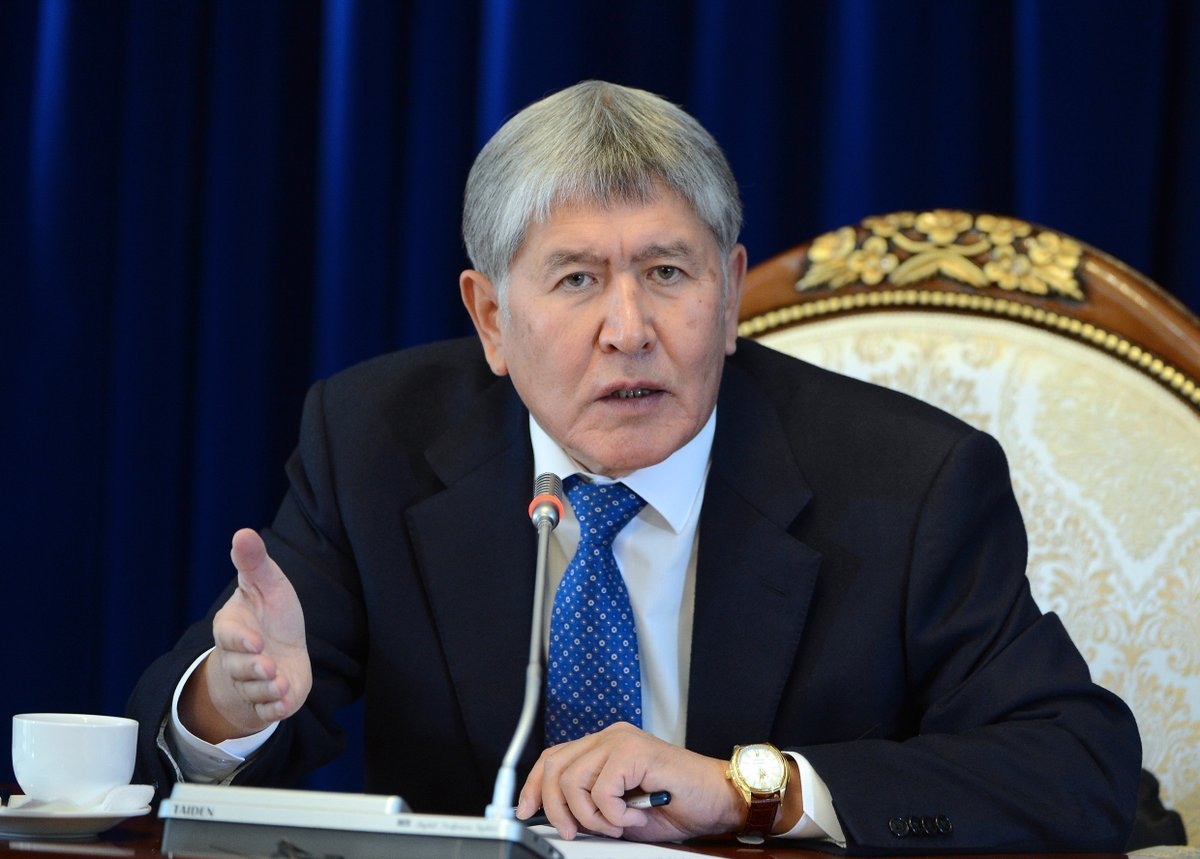 Kyrgyzstan’s president has in his final press conference before leaving office dangled the prospect that he may run for parliament as the list-topping candidate for the ruling Social Democratic Party, or SDPK.

“I don’t plan to become chairman of parliament or the government, or even a member of parliament, but I will be number one,” Almazbek Atambayev said in his most explicit indication so far that he intends to occupy an important role in Kyrgyz political life. It was not wholly clear from the somewhat contradictory remarks whether he intends or hopes to take up a seat in parliament or not, however.

Atambayev is making history by becoming the first elected president in Kyrgyzstan to step aside for another elected successor, Sooronbai Jeenbekov, who is set to be officially sworn into office on November 24. Jeenbekov won elections in a single round last month by exceeding the required 50 percent vote threshold.

There has been much speculation that the country’s unicameral parliament could be dissolved early for snap elections. Following the 2015 vote, the SDPK won the largest bloc of seats in the 120-seat legislature but fell more than 20 deputies short of securing an outright majority, forcing it into a coalition deal. Atambayev has denied there are any plans for an early vote.

Atambayev says he wants to see the SDPK continue to perform its dominant role.

“The parliament should be different, and the Social Democrats should show the example of what a deputy should be,” he said.

Atambayev said he wanted to see further development of Kyrgyzstan’s parliamentary system. Following the 2010 revolution that toppled President Kurmanbek Bakiyev, changes to the constitution ostensibly watered down the authority of the head of state, although in practice power continues to primarily be wielded by the president’s office.

“We’ll do it one step at a time, but it is desirable, of course, that by 2040 we transition to a fully parliamentary form of rule,” he said.

The outgoing leader claimed his main ambition is to see an end to “oligarchic parliaments” full of “people with thick wallets.”

Much of the rest of the press conference was devoted to often sharp-tongued and sometimes profanity-peppered assessments of Atambayev’s most recent preoccupations.

He once again decried what he described as Kazakhstan’s “blockade” against Kyrgyzstan — the result of a diplomatic row between the neighbor nations. Atambayev brushed off concerns that the dispute had done lasting damage to Kyrgyzstan’s economy, saying that the country would benefit in the long term.

“There is a saying: ‘Whatever doesn’t kill us makes us stronger.’ We will become stronger,” he said.

Atambayev also dismissed speculation that this impasse could undermine the viability of the Eurasian Economic Union, the trade bloc led by Russia and in which Kazakhstan and Kyrgyzstan are both members. Nonetheless, he was critical that the executive leadership inside the bloc had failed to take firmer action to address the situation. Kazakhstan has intensified checks at the border, making crossings a highly time-consuming process, particularly for freight trucks, and many Kyrgyz food goods have been banned on sanitary grounds.

“This is unbelievable of course. In the European Union the alarm would have been sounded ages ago. We should not build our union on Orwellian principles, but we should instead follow the example set by the European Union,” he said, alluding to his much-beloved maxim from Animal Farm: “All animals are equal but some animals are more equal than others.”

And Atambayev took another swipe at the runner-up in the October 15 presidential elections, the former prime minister and multimillionaire Omurbek Babanov, whom he has variously accused of being in the pay of big businessmen in Kazakhstan and inciting ethnic tensions. Babanov’s team have vehemently rejected all such allegations.

Aside from a few probing questions from the few feisty media outlets still remaining in Kyrgyzstan, Atambayev was mostly given an easy ride for his last outing to the press. Several of the questions were formulated as expressions of gratitude for Atambayev’s actions in office. One reporter, the editor of newspaper De Fakto, even asked for the president for a parting gift.

“We are grateful for everything you’ve done for the Kyrgyz people,” said the journalist, Amantur Musagulov, adding the he had dreamt the night before that Atambayev has given him the present of a timepiece. “I want to ask for your watch as a memento.”

“It is a good thing you didn’t ask for my suit,” he said.