The president says he would like the Cabinet to be even smaller. 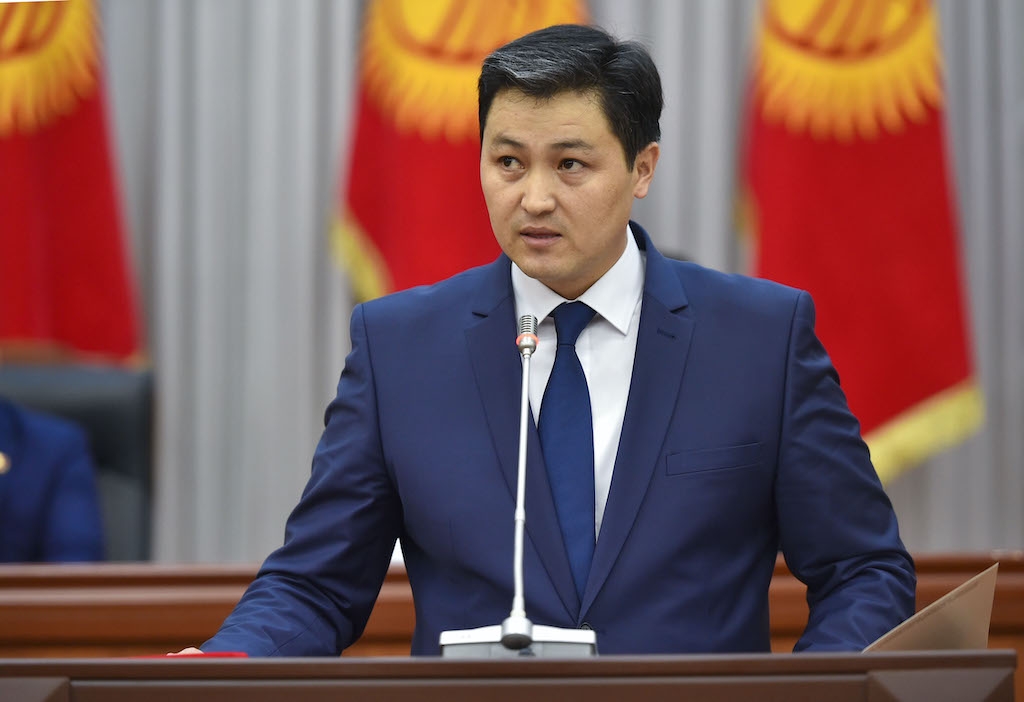 Parliament in Kyrgyzstan on February 3 approved a new, streamlined government – the first to be formed since the political crisis that upended the country in October.

Prime Minister Ulugbek Maripov, 41, has been appointed to head the government, ending a five-year stint chairing the Accounts Chamber.

Maripov is overseeing a significant shrinkage of the administrative machine. The number of executive bodies, which includes ministries and bodies like the State Committee for National Security, has been whittled down from 22 to 16.

As a result, the Economy Ministry and Finance Ministry will now merge, as will the tax service and the customs service. An agency devoted to combating economic crimes will be scrapped and have its functions performed by a department within the Interior Ministry.

This trimming has received a hearty endorsement from President Sadyr Japarov, who said it would help "stop theft from the treasury" and "optimize unnecessary government agencies."

“They spend billions out of the treasury, and without benefitting the people at all,” Japarov said this week. “We have shed everything that was excess to requirement. All that is left are 12 ministries.”

Japarov said the shakeup would save the energy system alone around two billion som ($23.5 million). And more could be down the pike, if the president gets his way.

“For a small country like Kyrgyzstan, even 12 ministries is too much. But we have done this for the time being,” he said.

Maripov has described his main objectives for the first 100 days in charge of the government as addressing the economic fallout of the country’s COVID-19 outbreak, tackling pressing energy issues and preparing for the sowing season.

“The new government will not get involved in politics. Our staff will work only on raising the economy and developing the welfare sector,” he said.

Maripov was particularly intent on stressing his distance from politicking, stating specifically on February 3 that he had “no political ambitions.”

It may be just as well. The prime minister’s job in Kyrgyzstan is a dangerous one. One recent incumbent, Mukhammedkaliy Abylgaziyev, who held the job until 2020, was arrested last month on corruption charges. Abylgaziyev’s predecessor, Sapar Isakov, in office from August 2017 to April 2018, was likewise imprisoned on corruption charges but is believed to have fled the country amid political turbulence in October.

Although the new Cabinet is smaller, it contains some familiar faces, indicating that the national leadership is diffident about pushing for total discontinuity, particularly since the roster of experienced and willing cadres is thin. Eight members of the incoming Cabinet served in the interim government that has been running things since late last year.

One notable familiar face is that of Kamchybek Tashiyev, an old political ally of Japarov who is retaining his job as GKNB chief. Defense Minister Taalaibek Omuraliyev has already done a stint at the job, from 2011 to 2014.

Both these appointments were explicitly green-lit by Japarov.