The new speaker of parliament is an old and close ally to Japarov. 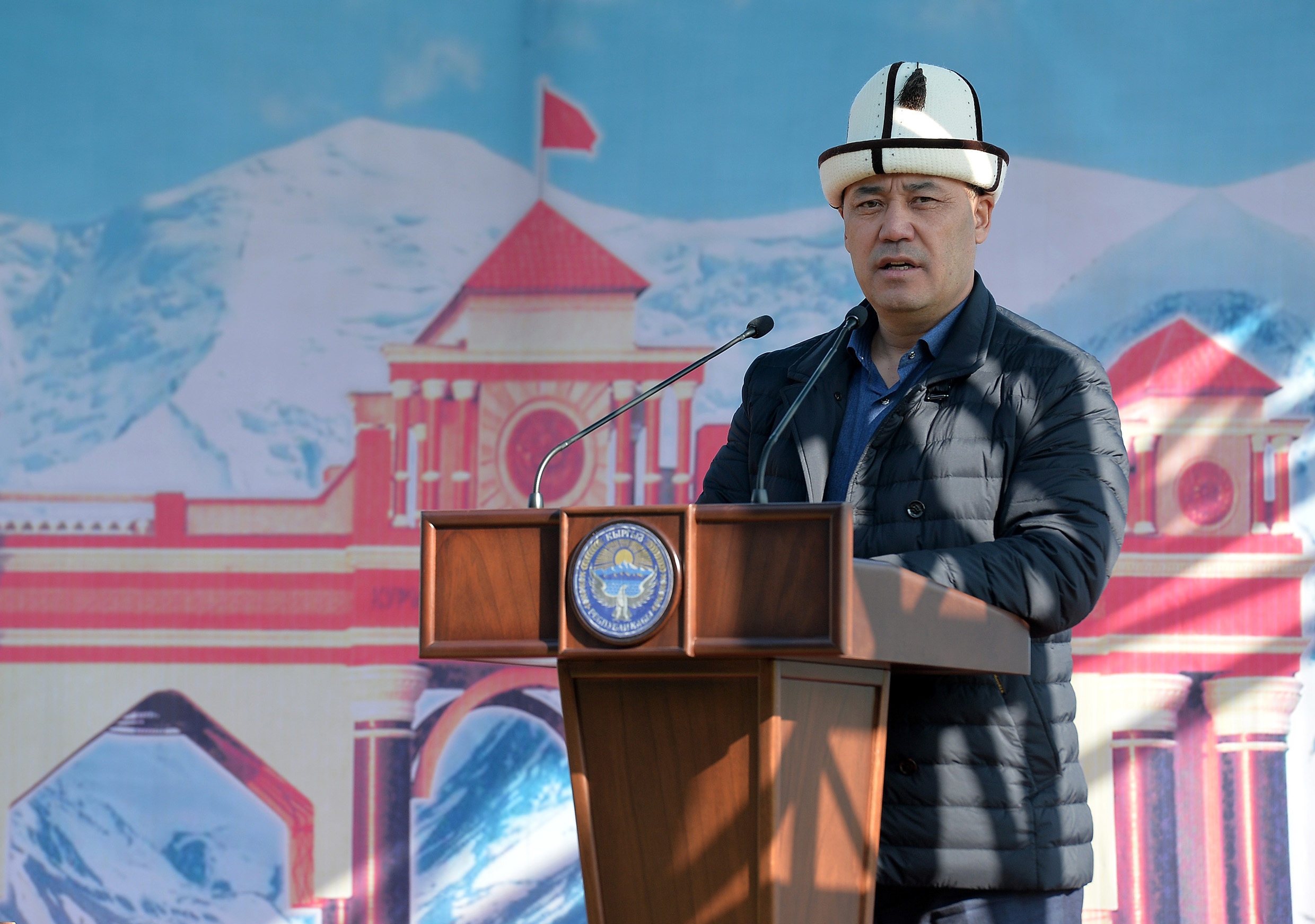 A close ally of Kyrgyzstan’s acting head of state has taken up the post of parliament speaker in a rotation of personnel intended to tee up next year’s presidential elections.

Talant Mamytov was on November 4 voted into the job as speaker by 100 of the legislature’s 120 members. Another lawmaker, Akylbek Sariyev, got the backing of only 64 colleagues.

The previous occupant of the post, Kanat Isayev, who had been in the job for less than a month, announced his resignation earlier in the day and said he intended to run in the January 10 presidential election.

The real intent of this widely anticipated reshuffle, however, is to pave the way for another politician, Sadyr Japarov, to cement his current provisional role as head of state. Japarov is at the moment technically ineligible to run for office because of a rule barring the acting presidents from competing in elections.

The expectation now is that Japarov will step down, temporarily handing over the reins to the new parliament speaker, who is next in the line of succession, and formally announce his run in the January poll. Japarov also wields formal power through his position as prime minister.

Other than Isayev, a handful other politicians have stated their intent to compete in the elections. Some of the more prominent contenders include Adakhan Madumarov, Bektur Asanov and Arstanbek Abdyldayev. None are expected to pose much of a challenge to Japarov.

There is just under one month left for other potential contenders to throw their hats into the ring.

That contest is only one part of the evolving landscape, though. Another confrontation is looming over changes to the constitution.

Japarov has spoken candidly about wishing to usher in a super-presidential model, which would give him major scope to rule unchallenged in the probable likelihood of his victory in January.

Speaking at a rally in the southern city of Osh on November 3, he said that a new draft constitution was almost ready. He denied, however, that he was seeking to claim absolute power.

“There is criticism about how I want to usurp power, to be like in Turkmenistan, that we are prepping the constitution behind closed doors. But the draft is not being, and will not be, prepared secretly. Everything will be opened up for public discussion,” he said.

But there is uncertainty about how Japarov conceives any exercise in public consultation actually happening. Talking in Osh, Japarov stated cryptically that any referendum to change the constitution would not happen “without the support of the people.”

“The suggestions of every citizen will be considered. The will of the people is supreme for me,” he said.

None of which adds much clarity to the matter.

Parsing through legalities is proving of little use in understanding how the situation will or could unfold. Parliament should notionally serve as a tribune of public opinion on such major matters as amendments to the constitution, but legal experts have pointed out that the term of the current legislature was technically set to expire on October 28. Lawmakers did vote to extend their mandate on October 29, although doubt has been cast on the legality of that measure.

Japarov alluded to this matter in making the argument that reforms to the constitution could instead be promulgated through an ad hoc body.

“We will create a constitutional convention and submit the draft to it. Everybody will be included there, from non-governmental organizations to any engaged citizens. The convention’s sessions will be broadcast live,” Japarov said in Osh.

The date for electing a new parliament is yet another imponderable. Japarov has flip-flopped repeatedly on when it could happen, but the consensus at the moment is that the vote will take place sometime around spring 2021.

Opposition to any move toward a super-presidential model will come from veteran lawmaker and constitutionalist Omurbek Tekebayev, who has said that he wants to see parliament strengthened, not diluted.

Speaking on November 4, Tekebayev said that reverting to a presidential form of government would set Kyrgyzstan back 30 years.

“Over here, maintaining [political] balance can only be achieved through a parliamentary system,” he was quoted as saying by RFE/RL’s Kyrgyz service.

There is little balance at the top as things stand now, though.

Parliament in its current form has proven highly acquiescent to Japarov’s demands.

Furthermore, Japarov is currently both acting president and prime minister. When he yields the president’s chair, it will be to Mamytov, who is perhaps best remembered for attempting to storm the White House building together with Japarov in 2012. That escapade earned Mamytov a one-year prison sentence.

A third figure involved in that bungled 2012 assault on the White House, which is where the parliament and president’s office are normally based, was Kamchybek Tashiyev, who is now the head of the State Committee for National Security, or GKNB.