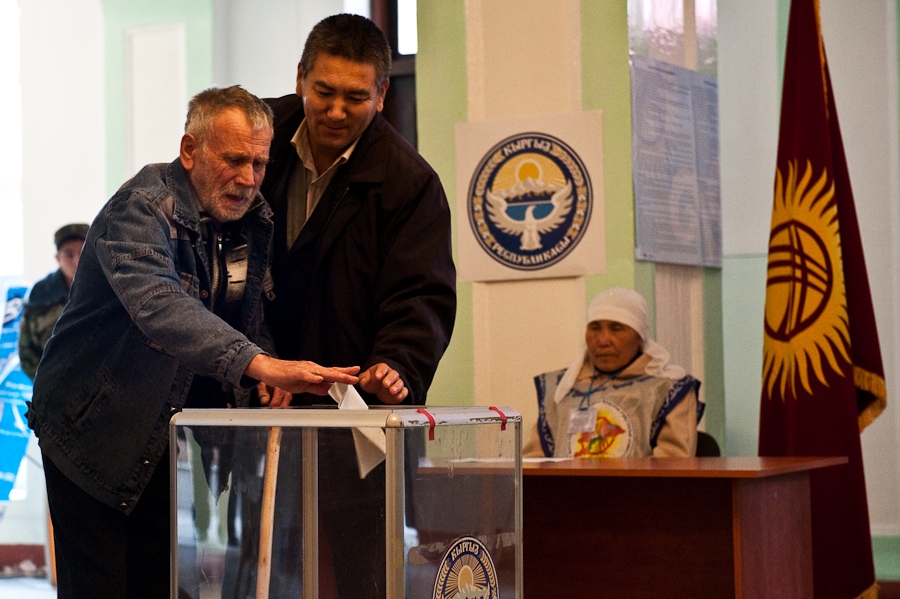 Kyrgyz election officials assist an elderly man as he casts his vote into the ballot box at the Kirov School in Osh. 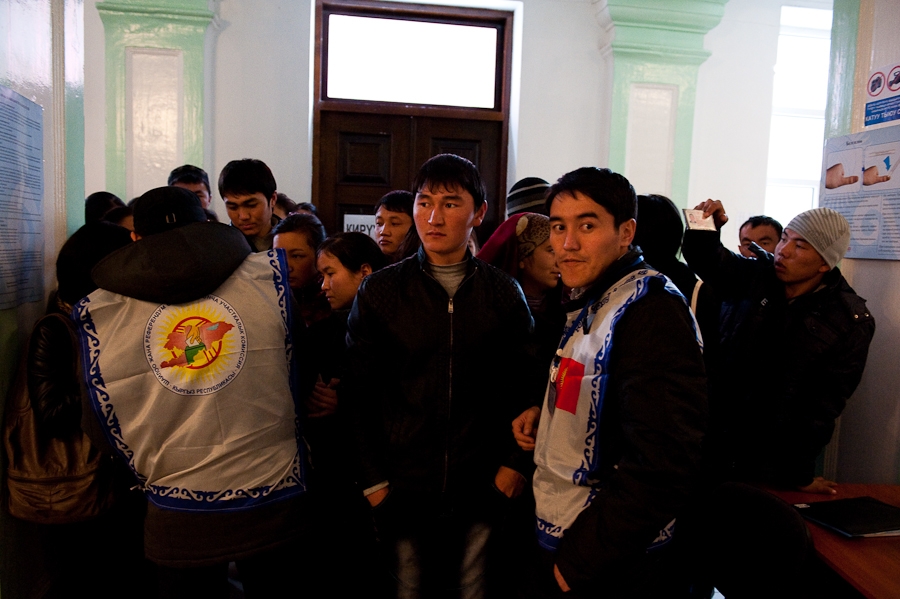 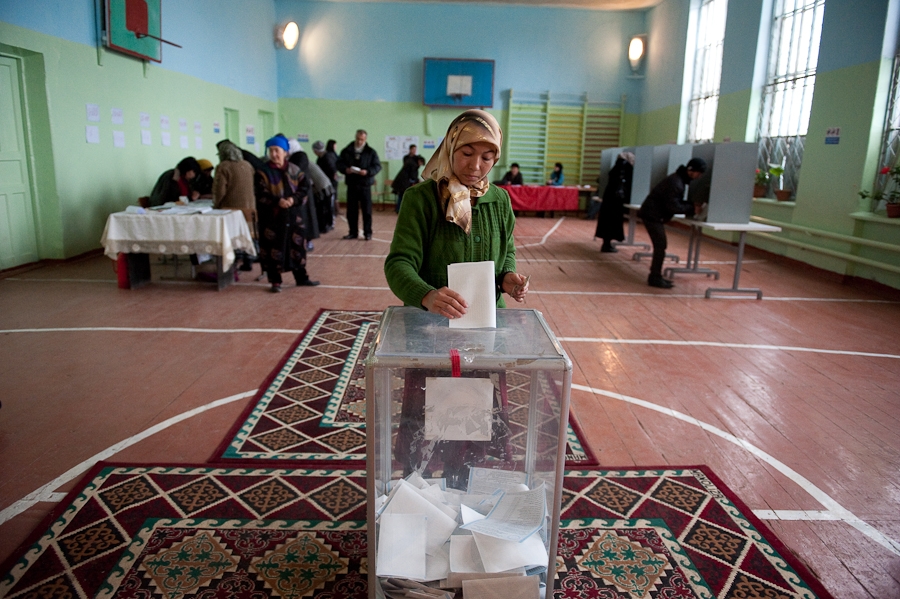 A member of Kyrgyzstan’s ethnic Uzbek minority drops her ballot into a closed box at the Lenin School in Osh. 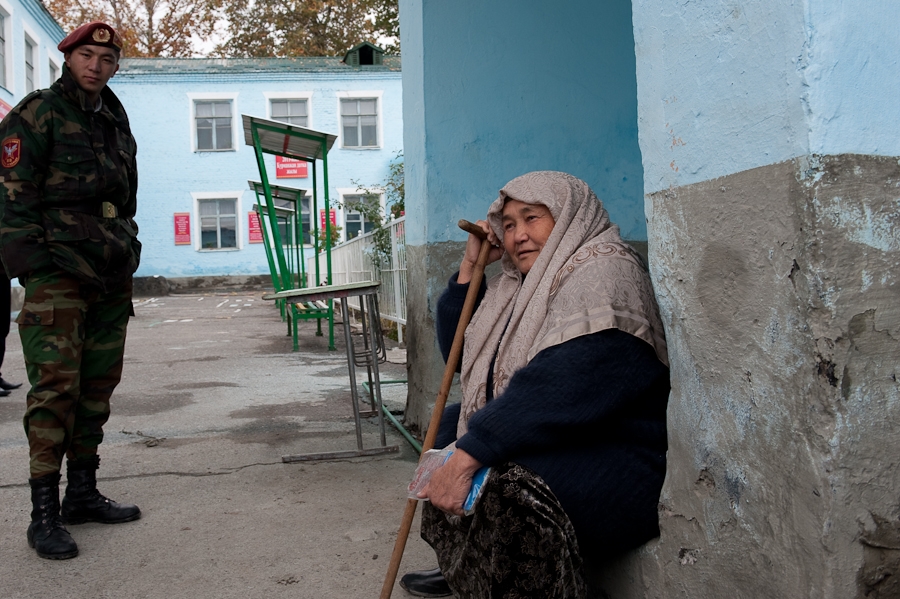 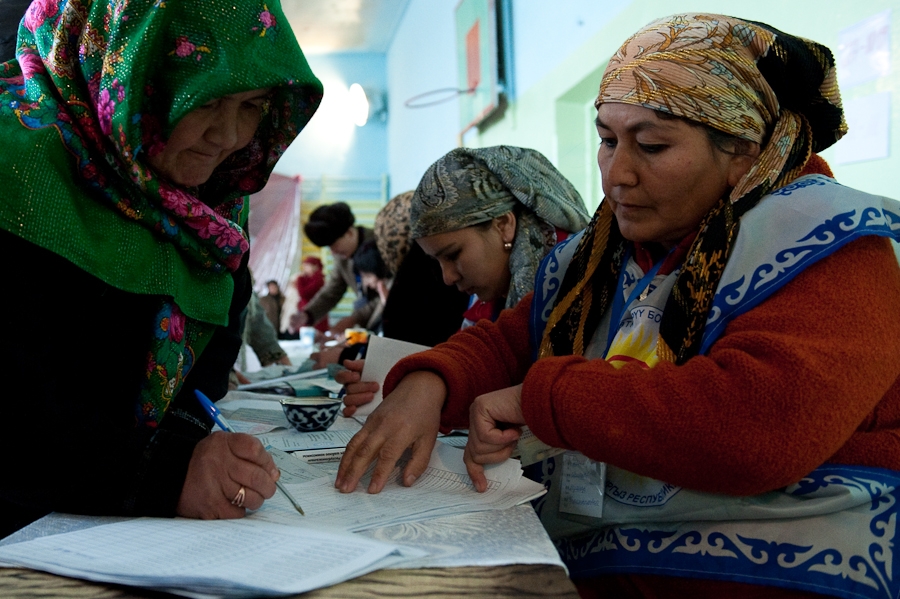 At the Lenin School in Osh, an ethnic Uzbek woman fills out the necessary paper work before voting. 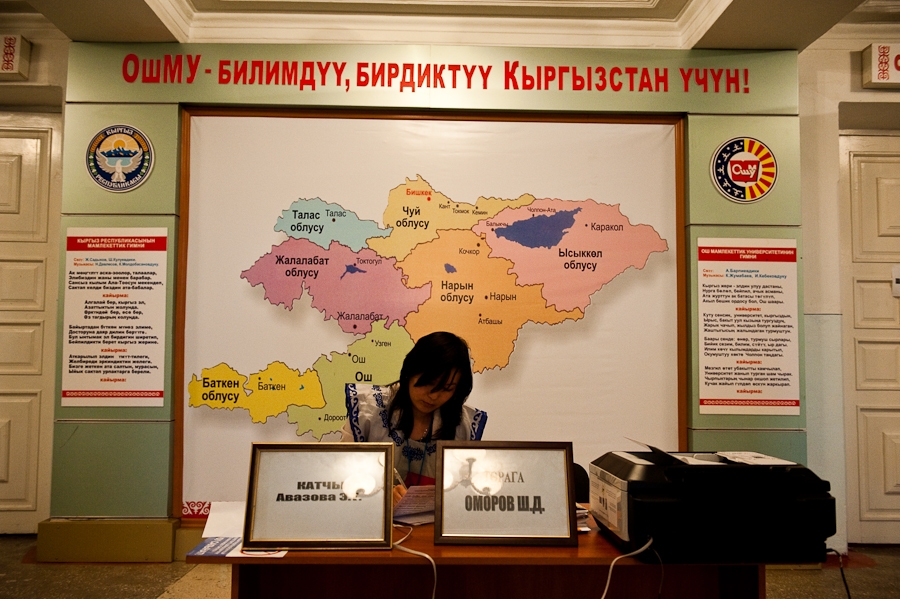 The Kirov School in central Osh, one of the biggest in the city, hosted a polling station.
prev
next

Voters in Kyrgyzstan's ethnically divided southern city of Osh voted for a new president on October 30, turning out in large numbers despite fears of unrest. Osh was the scene of ethnic violence between Kyrgyz and minority Uzbeks in June, 2010. Two nationalist politicians are popular with ethnic Kyrgyz in this southern region: Adahan Madumarov and Kamchybek Tashiev. But most Uzbeks told me they were voting for Almazbek Atambayev, a northerner, who they feel is more able to unify the country. That is, Uzbeks who were voting. The day before the poll, in the Uzbek neighborhood of Cheremushki, which was largely destroyed during the “June Events,” many young men told me they wouldn’t vote at all, so afraid of reprisals from Kyrgyz supporters of Madumarov and Tashiev. Overall, the day was calm, with everyone I met expressing hope for a peaceful and stable Kyrgyzstan. Editor's Note: Nicolas Tanner is a freelance journalist based in Osh.