Backers of the move say it will cut down on bureaucracy. 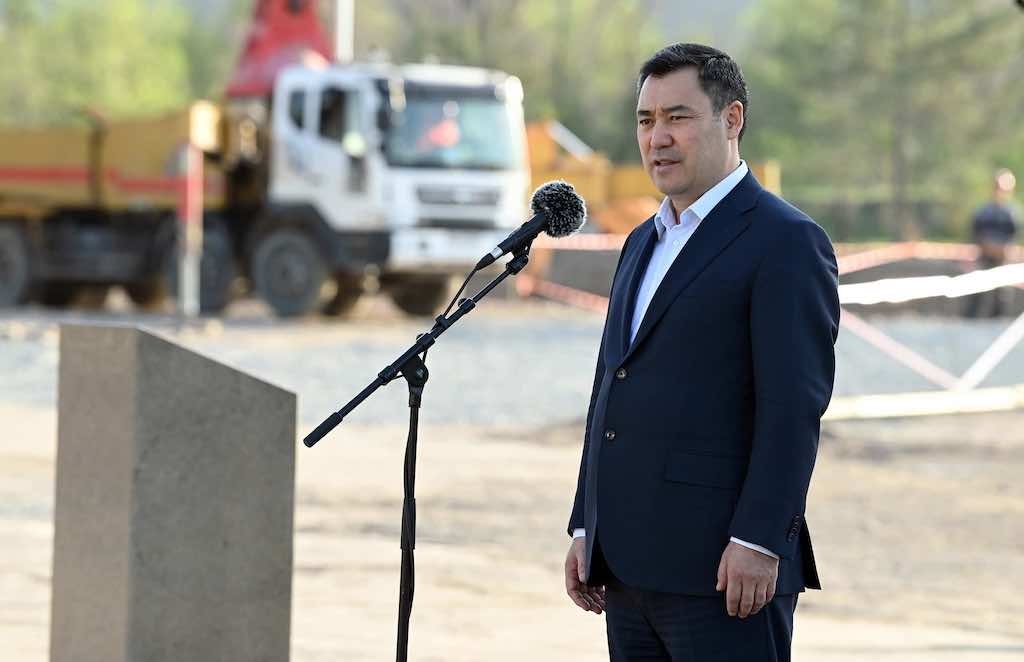 The president of Kyrgyzstan has approved legislation allowing state-controlled companies to purchase goods and services without having to organize a public tender, a measure officials say will save time and reduce bureaucracy.

Opponents of the move, however, are furious and argue it will allow for a surge in corruption.

Before President Sadyr Japarov approved the legislation on April 15, almost all purchases made by entities with a 50 percent or more share owned by the government had to be advertised online and go through a bidding process.

In cases of an urgent procurement process for transactions worth less than 5 million som ($61,000), a tender could be foregone, although the notice nevertheless had to be posted online. Transactions that needed to be kept secret for security reasons were also exempt from transparency rules.

Now, procurement notices from companies like Kumtor, which runs the country’s largest goldmine and has been fully taken over by the government, the state mining company, and international air terminal operators will be required to advertise tender notices on a site viewable by only a limited array of suppliers.

“In a month, [the law] will come into force. Mechanisms designed to exclude corrupt practices will be implemented. Every decision will be taken along the principle of ‘measure twice cut once,’” Japarov wrote on his Facebook account on April 16.

Although the previous system formally provided for some degree of transparency, the public procurement website was far from ideal. The results of tender awards and application criteria for aspiring contract winners were routinely not published. It is also alleged that some tender applicants used to make multiple bids under different company names to improve their chances and create the impression of genuine competition.

These shortcomings notwithstanding, the public procurement website has often enabled journalists to ferret out suspicious practices.

In July 2021, a team led by investigative journalist Bolot Temirov used it to discover that Uuna, a state-controlled company that issues driving licenses and car plates, had awarded a lucrative contract to a company affiliated to the daughter of an intimate acquaintance of President Japarov.

A group of civil activists and lawyers has spoken out against the new legislation, arguing that it will only fuel corruption and enrich cronies.

“Joint-stock companies, and state and municipal enterprises will conduct closed purchases, awarding contracts only to their favorite providers, and share the spoils with them by providing kickbacks,” they said in an open letter to the president on April 9.

The letter states that state-owned companies and government agencies annually make purchases worth around 25 billion som ($307 million) and that about 40 percent of those expenditures is decided through public procurement. Opening contracts for public bidding saved the state more than 3 billion som in 2020, the activists maintained.

Parliament was cursory in its scrutiny of the legislation. Deputies approved it in several readings on April 6. Opponents of the initiative could be counted on one hand. One of them was Dastan Bekeshev, who said the legislation threatened to tip Kyrgyzstan back into the 1990s and that it would present an opening for corruption.

“Now we won’t know what they are buying, at what price and from whom,” he said in parliament. “Because they [state companies] will cite commercial confidentiality. I as a lawmaker and citizens cannot find out what corruption is going on.”