Narmatova had been a supporter of President Japarov until October. 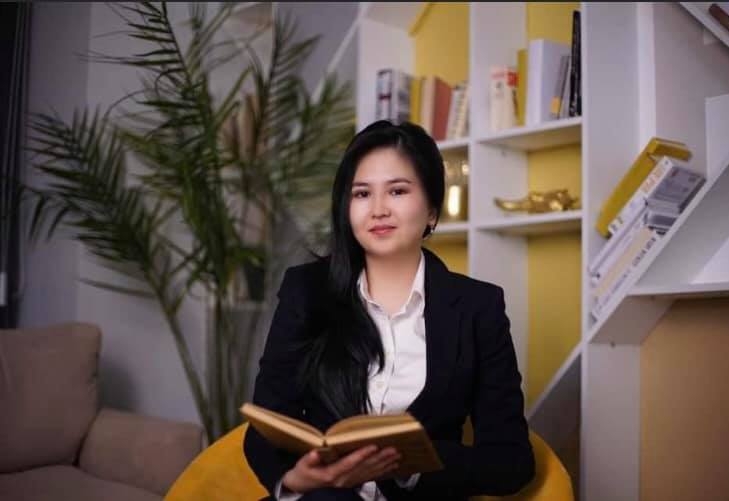 Police in southern Kyrgyzstan have detained an activist formerly loyal to the president for what they say was her excessive and unfair criticism of the government.

Orozayym Narmatova was intercepted by police officers on September 10 as she was attempting to fly out of Osh, the country’s second-largest city, to Russia, where she has lived for some years.

Narmatova is a member of the Butun Kyrgyzstan political party and has become vocal in her criticism of President Sadyr Japarov, whom she has accused of inaction and nepotism during assemblies with Kyrgyz labor migrants in Russia.

That, according to the Interior Ministry, was tantamount to a criminal act.

“At those events, O. Narmatova constantly voiced unfounded criticism of the country’s political leadership so as to increase the potential for protests, both among labor migrants and citizens living in the Kyrgyz Republic,” the ministry said, arguing that this could lay the ground for a “violent seizure of power.”

Japarov himself rose to power in October on the back of an aggressive protest movement.

“We were told that investigators have taken Narmatova to Bishkek in compliance with a court order. A few days ago she flew to Kyrgyzstan to attend the funeral of a close relative and she had intended to fly from Osh back to Russia,” Shamshidin uulu said.

The charges of making public calls for the seizure of power is punishable by up to two-and-a-half years in prison. Japarov was imprisoned on similar charges in 2012, but was acquitted on appeal.

Narmatova, whose political activism has included the creation of an Osh-based youth movement called Zhashtar Koomu, had not always been so critical of Japarov.

In 2014, she joined Japarov’s Mekenchil, then a marginal party opposed to the government, at his invitation. The appeal of Japarov for her lay in his long-standing campaign to seek the nationalization of the Canadian-run Kumtor gold mine, which has been roundly criticized for its environmental practices.

“He always used to tell us that Kumtor still had more than a thousand tons of gold, and that if we gave this back to the people, teachers would have salaries of no less than $1,000,” she told news website Kloop in a November 2020 interview. “[But] it seems like all the initiatives he pursued over Kumtor were just a way for him to get power.”

Persuaded by Japarov’s arguments, Narmatova agreed in 2015 to merge her movement with Mekenchil, thereby bolstering the party with young members. She likewise played a crucial role in popularizing the pro-Japarov soubriquet of “people’s leader” and was behind the production of books and videos hailing the politician, who had until last October been serving a prison sentence on kidnapping charges.

Her disillusionment appears to have set in around the same time Japarov was sprung from prison and quickly bundled into power by his violent supporters. She criticized his tinkering with the constitution, his plans to legalize casinos, and his change of tune on Kumtor, which he began to speak about as an almost wholly exhausted resource.

Narmatova’s turn against Japarov has been stark. Her social media postings on Japarov have taken issue with him, his entourage and even his relatives. She has at times referred to him as “a man with darkness inside” and his rule a “deception of the people.”