Abdyldayev is facing possible prosecution after declaring himself a god. 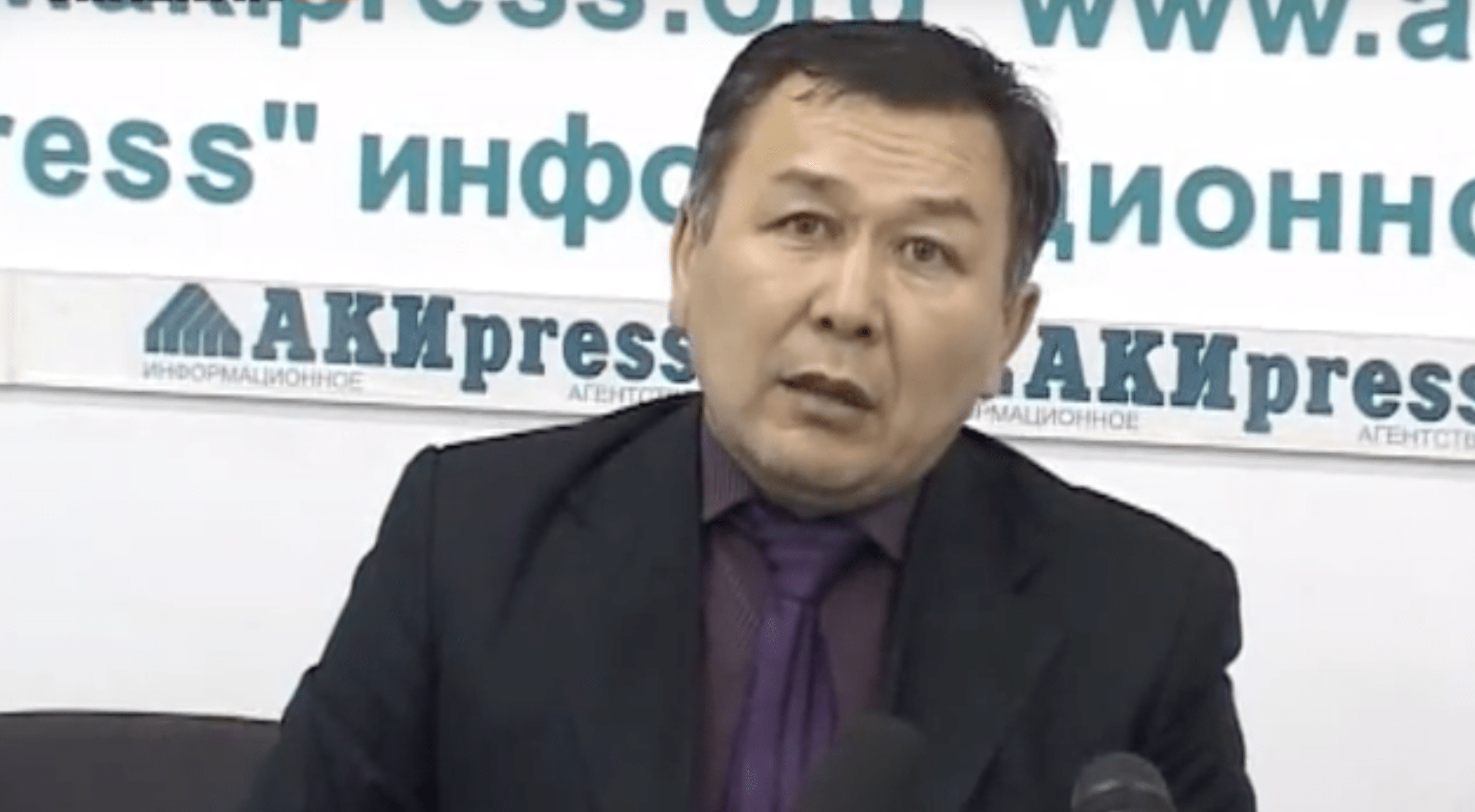 Abdyldayev making his “there will be no winter” prediction in 2011.

An eccentric businessman who rose to fame in Kyrgyzstan for predicting the extinction of winter and calling Russian leader Vladimir Putin a biorobot is facing prosecution for declaring himself God.

The authorities seem motivated in their hostility toward Arstan “Alai” Abdyldayev by a desire to discourage non-traditional faiths. But in doing so, they risk coming off as intolerant and foolish by appearing to persecute a harmless oddball.

Abdyldayev, who has run twice for president but scored less than 1 percent of the vote each time, is under investigation for inciting religious hatred, according to the Bishkek city police.

The target of this probe believes his troubles were triggered by his opposition to President Sooronbai Jeenbekov.

The utterances that have landed Abdyldayev in trouble date back to August. At the time, he told reporters that the “soul of God” had settled inside him and that he would come to reign over the universe in 2020.

Abdyldayev might have avoided further notice if a group of his supporters had not picketed the main seat of government in mid-October demanding that Jeenbekov step down in his favor. A banner held up by one demonstrator warned that “the season of Jeenbekov has finished” – a callback to Abdyldayev’s 2011 “there will be no winter” prediction that made him an internet sensation.

Another placard hailed Abdyldayev as the “new God.”

Rally participants were later slapped with fines of more than $40 for breaching the peace and disobeying police, 24.kg news agency reported.

One day after the rally, Abdyldayev was criticized by a lawmaker during a session of parliament in which the head of the state religious affairs committee was present.

“Why do these Tengrists run around screaming that they are God,” fumed Ulugbek Ormonov, a member of the broadly pro-government Bir Bol party, referring to a broadly animistic set of beliefs prevalent in the Turkic world before the coming of Islam. “What punishment will they face?”

The head of the religion committee, a body known for taking a dim view of non-mainstream faiths, said Abdyldayev’s comments would be subjected to expert analysis.

Any links between Abdyldayev and the religion of Tengrism are tenuous at best.

His beliefs appear rooted instead in often-comical delusions of grandeur that have generated multiple viral sensations.

A year after he falsely forecasted the end of seasonal change, he made more public remarks at once hailing Putin but questioning whether he was fully human. The Russian president is capable of saving mankind, but only with Kyrgyzstan’s help, Abdyldayev said at the time.

“Putin is a complex biorobot…We will give (Putin) the program and he will carry it out. He has that power,” he asserted.

This was grist to the mill of popular Latvian vlogger Stas Davydov, whose takedowns of Abdyldayev on his This is Horosho YouTube channel have been viewed millions of times.

In politics, Abdyldayev has never been anything other than a sideshow.

Income generated from his ownership of petrol stations and construction projects helped fund his doomed presidential runs in 2011 and 2017. Among his pledges in the most recent campaign was a vow to lead the Kyrgyz people to world domination.

Jeenbekov won that vote with relative ease, avoiding a run-off, despite strong competition from another political heavyweight.

Abdyldayev earned fewer than 2,000 ballots, suggesting he is not the man to call time on Jeenbekov.

But Jeenbekov and his entourage could be forgiven for feeling superstitious at a time like this – two years into his single constitutionally permitted six-year term.

As critical newspapers like to remind him, all four prior Kyrgyz presidents, two of whom were ejected by revolutions, left office at the same age – 61.

Jeenbekov will reach this age next month, at the dawn of a year that for Abdyldayev’s followers bears special significance.