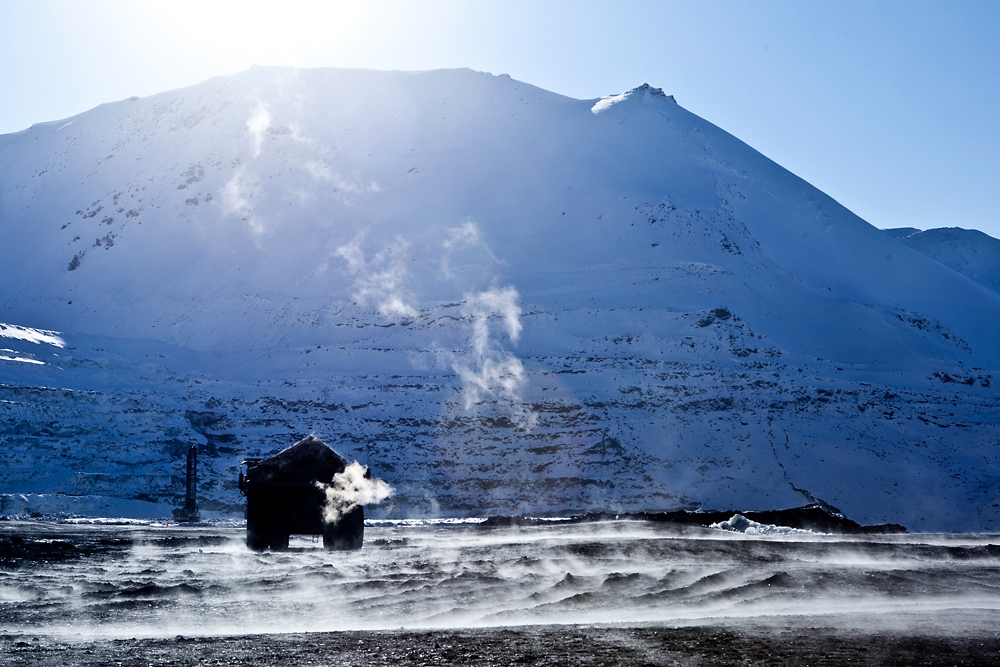 A new restructuring plan for the Kumtor gold mine is not sitting well with the Kyrgyz parliament. (Photo: David Trilling)

Kyrgyzstan’s government is working overtime to convince legislators and the public that a preliminary restructuring deal involving the country’s largest foreign investor is in the state’s best interests. But parliament’s governing coalition is balking at signing off on the deal.

Parliament’s hesitation is plunging the future of Kyrgyzstan’s economy and the government into uncertainty. It also threatens to prolong the country’s half-life as a radioactive environment for foreign investors.

In early September, Toronto-listed Centerra Gold and the state-run gold company, Kyrgyzaltyn, announced a non-binding memorandum that would regulate future negotiations concerning the Kumtor gold mine – Kyrgyzstan’s largest industrial asset and the largest foreign-owned gold mine in the former Soviet Union. In a good year, Kumtor accounts for approximately 12 percent of GDP, and roughly half of Kyrgyzstan’s industrial output.

The two sides have been negotiating since February, when parliament demanded a new deal and threatened to annul unilaterally a 2009 operating agreement. The memorandum envisions a move in which Kyrgyzaltyn would trade its current one-third share in Centerra for a 50-percent stake in a new joint venture. The state entity would also promise to resolve outstanding environmental claims, and pay up to $100 million against future profits in exchange for the share adjustment. The deal would allow for much more revenue to stay in Kyrgyzstan – up to 84 percent more during the lifespan of the mine, from $1.5 billion to $2.74 billion – the prime minister says. Centerra’s board and Canadian regulators must still approve the restructuring.

Kyrgyz officials had hoped the memorandum, which would put in place conditions to negotiate a final agreement in the coming months, would end a protracted struggle over mining operations and boost Kyrgyzstan’s tainted reputation among investors.

“I will not say that today’s agreement fully satisfies the Kyrgyz side, but we found a consensus that satisfies both sides. And now we need to persuade society and parliament,” Prime Minister Jantoro Satybaldiyev told EurasiaNet.org. “It is very difficult to explain to our people why we will own 50 percent of the future joint venture, and not more.”

The other option would be a protracted legal struggle, which would “benefit no one but lawyers,” said Satybaldiyev, who “unambiguously” promises no nationalization.

Bishkek would get more money from the deal, “but its opportunity decreases” as it gives up its stake in the Canadian company, admits Kylychbek Shakirov, a vice president at Kyrgyzaltyn, who also sits on Centerra’s board of directors. Still, it is the best possible deal because it transfers control back to Kyrgyzstan and allows Bishkek “to show other countries we accept Western business rules and we play by those rules,” he said.

The evident benefits are apparently not enough for parliament, where the leaders of two of the three parties in the governing coalition – Ata-Meken and Ar-Namys – have said they will reject the memorandum. If it fails, there are widespread expectations that Satybaldiyev’s government will fall.

Ata-Meken leader Omurbek Tekebayev has asserted that government negotiators are working to benefit Centerra by agreeing to less than a two-thirds share in the future company. In comments carried by the state news agency, he said that Kyrgyzaltyn had “betrayed” Kyrgyzstan’s interests. He also said the government had not tried hard enough to find evidence of corruption in previous deals with Centerra.

Such comments open a window to ongoing political intrigue involving Satybaldiyev, whom some deputies have charged is growing too powerful, and members of parliament. “Kumtor is not an ecological or a financial issue, but a political issue. Every political group goes after its own goals. They [deputies] want to get their own political dividends and points,” said Marat Kazakpayev, a political scientist at the Kyrgyz-Russian Slavic University.

On the other hand, some believe the government has orchestrated the struggle to increase its negotiating power with Centerra.

Kumtor is, by far, Centerra’s largest asset, accounting for 81 percent of the company’s total production last year. Without control over the mine, which is slated to close in 2026, Centerra’s future is uncertain. Moreover, it is a difficult time for the industry internationally, with gold prices tumbling over 20 percent this year.

CEO Ian Atkinson says the memorandum “meets the need of both the Kyrgyz Republic and Centerra’s shareholders. It’s something we can work with to move forward to a definitive agreement.”

A major challenge for Centerra will be not just guaranteeing any deal is implemented transparently, but also ensuring the public perceives the deal to be transparent.

There is no indication Centerra has broken the law, but because of Kyrgyzstan’s endemic corruption – the country ranks 154 out of 176 on Transparency International’s most recent Corruption Perceptions Index – most locals assume any big business deal involves graft. Perceptions of corruption helped fuel two revolutions, in 2005 and 2010. “It’s Centerra’s responsibility to ensure transparency,” says a Western mining executive in Bishkek. “It is inevitable certain politicians will try to get a cut. If that happens, they’ll be exposed – it doesn’t take long for news to get out here – and the whole deal will fall apart.”

This round of negotiations differed from previous rounds – including restructurings in 2003 and 2009 – because this time the government has tried to explain its stance to the public, says Shakirov, the Kyrgyzaltyn vice president. “People must know the details. Our strategy is to share responsibility. We are not only sharing information; we are sharing responsibility with everyone. This is about the long-term, not the short-term,” he told EurasiaNet.org. “The board of directors of the new joint venture must be elected by parliament.”

Those fines remain a subject of contention, and some Kyrgyz officials suggest they will be rescinded.

Bishkek has hired AMEC, a London-listed engineering consultancy, which has highlighted long-term concerns about waste rock management, risks associated with a mountain lake adjacent to the site, as well as the mine’s end-of-life plan. The report, which EurasiaNet.org has seen, is due out in October and recommends tens of millions of dollars in future remedial spending. But it does not indicate that fines are warranted. Kyrgyz negotiators said they expect the earlier penalties to be dropped with post-memorandum negotiations. “The existing environmental claims asserted by agencies of the Kyrgyz Republic shall be resolved taking into account Centerra’s implementation of AMEC recommendations,” the memorandum says.

Atkinson confirms that Centerra has agreed to the AMEC findings in principle. “We’ve reviewed the findings and agreed that we will implement the recommendations subject to further discussion and finalization of the agreement. Some of the steps actually were already in our plans,” Atkinson told EurasiaNet.org.

One outstanding question is how the public will react. Throughout the negotiations, the mine has been hit by sporadic, sometimes violent protests. In May rioters shut down the mine. Kumtor executives have long said protest leaders were trying to extort money from the mine.

Those claims were supported when a video emerged in late August apparently showing two men trying to extort $3 million from Centerra, promising to rally protestors and “declare war” if the company did not pay. The two have been arrested, suggesting the central government is feeling empowered to tackle the criminal groups Kumtor executives have long complained about.

“Even here at Kyrgyzaltyn, people worry that in two years everything could change, there could be a new government, that what is right today could be wrong in the future,” he said. “So nobody takes responsibility; no one wants to make decisions. Without decisions, there won’t be progress.”