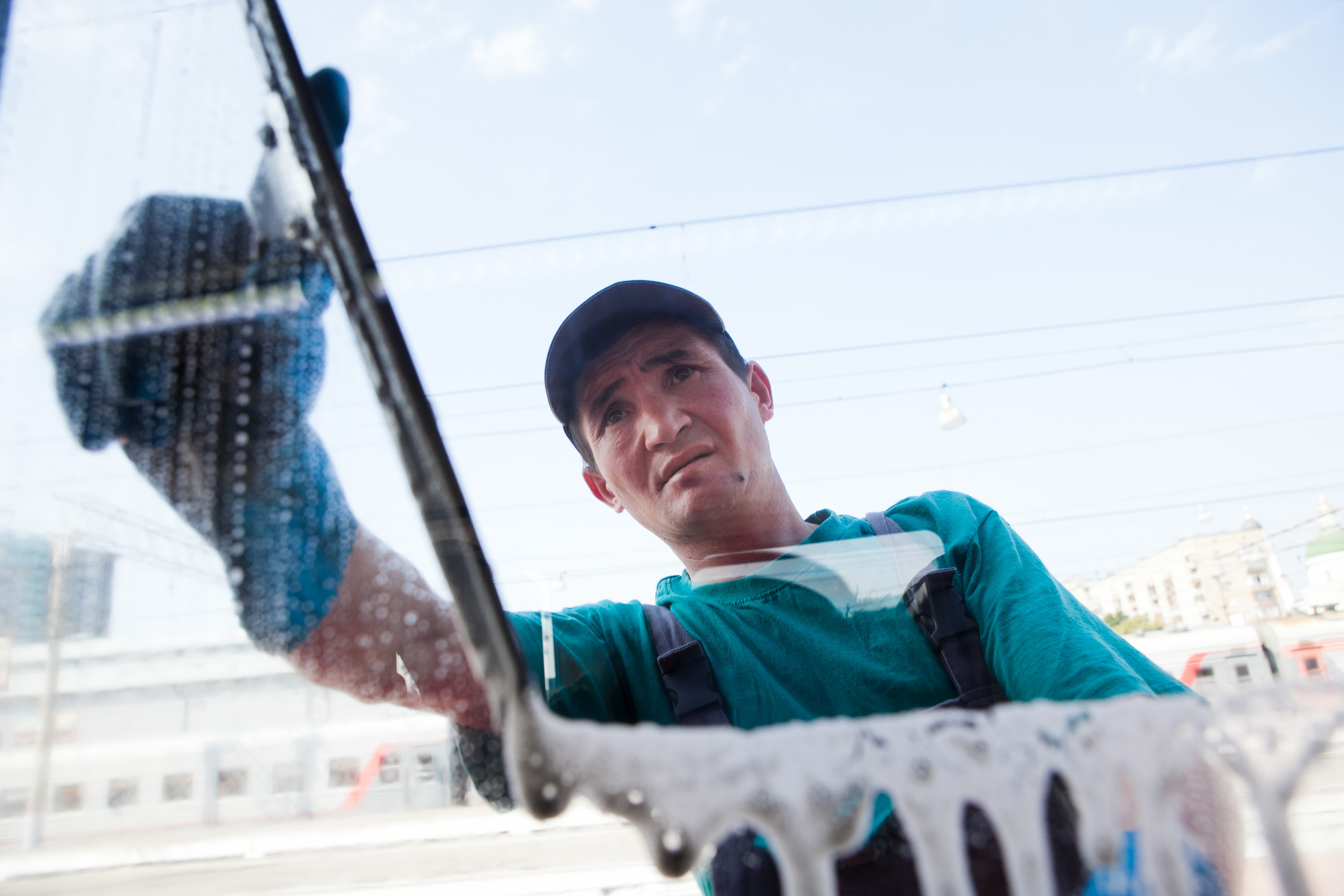 Russian President Vladimir Putin signed legislation recently offering fast-track citizenship to Russian speakers anywhere within the former Soviet Union. Analysts believe the law is motivated by a desire to enhance Moscow’s influence in Ukraine and elsewhere, but it may have unintended consequences for the Kremlin in Central Asia.

In Kyrgyzstan, the law has alarmed, confused and excited Bishkek’s chattering classes. Some see Russian citizenship as an opportunity to escape grinding poverty and political instability; others believe it will become easier to milk the Russian budget for social benefits; still others fear the measure could hasten Kyrgyzstan’s brain drain and pose a threat to the country’s sovereignty.

In order to be eligible for citizenship under the new regulations, one has to pass a Russian-language exam proving native-level proficiency. One also must hail from or have relatives from somewhere on the territory of the former Soviet Union. In addition, applicants must renounce their current citizenship, though details on this point are vague. They must also apply for Russian citizenship in Russia, not at an embassy abroad.

Before the law was ratified in lightening succession and signed by Putin on April 21, it took eligible Kyrgyz citizens about two years to apply, pass the tests, and receive Russian citizenship, a process allowed them then to hold onto their Kyrgyz passports. The new regulations will greatly speed up the process, shortening the timeframe to three months.

All this is “a clear threat” to Kyrgyz sovereignty, said Marat Kazakpaev, a political scientist at Bishkek’s Kyrgyz-Russian Slavic University. He went on to envision a future in which a large percentage of those living in Kyrgyzstan are Russian citizens. “Soon we may come to the point when no Kyrgyz citizens will be left on the territory of Kyrgyzstan; there will be no one to vote,” Kazakpaev told EurasiaNet.org.

Already, Central Asia is greatly dependent on Russia’s economy; about a million labor migrants from Kyrgyzstan (about a fifth of the population) and even more from Tajikistan and Uzbekistan work abroad, mostly in Russia. How the law will affect these migrants remains unclear because many are not fluent in Russian.

According to a second bill that Putin signed the same day, Russia is toughening regulations for migrant laborers by obliging them to pass Russian-language tests and exams on Russia’s history and legal code. So now for Central Asia’s fluent Russian speakers, it will, at least on paper, be easier to get Russian citizenship than a work permit. (How the regulations will be implemented remains an unanswered question: it’s not clear how the tests will be conducted; if they will be selective to give preference to ethnic Russians over other ethnicities; and how Russia’s pervasive corruption will influence the examination process).

Kazakpaev believes the Kremlin is signaling that “it doesn’t need migrants; it needs new citizens.”

Another vague piece of legislation being considered by the Russian State Duma, the lower house of parliament, would require Russian citizens who carry multiple passports to register. State-run media has quoted Putin as saying that Russia must track dual-citizens. Nurbek Toktakunov, a prominent human rights lawyer in Bishkek, notes that while it is Russia’s right to know who holds dual citizenship, the proposed regulation could be used as a pretext to meddle in other countries’ affairs. Toktakunov fears the package of legislation could force Russian-passport holders in Kyrgyzstan to choose their allegiance and thus split society into pro- and anti-Russian camps.

“If tomorrow we held a referendum on joining Russia, many would vote in favor,” Toktakunov told EurasiaNet.org, because most Kyrgyz are nostalgic for the stability of the Soviet Union. An analyst in neighboring Tajikistan said the same thing this week, estimating a “huge majority” of Tajiks would vote to join Russia given the chance.

Though there is little Kyrgyzstan’s leaders can do about the Russian law, talk of citizenship and allegiance is alarming some. After one informal poll found 51 percent of Kyrgyz would be willing to renounce their country’s sovereignty for the greater good, deputy Tursunbai Bakir uulu demanded parliament respond. "Our ancestors fought for the independence of our country,” Vechernii Bishkek quoted him as saying on April 24. “Look what's going on in Ukraine. Do you want to find yourself in a similar situation?" Fears about national security have been reinforced by multiple, provocative reports in recent weeks that migrants from former Soviet republics are eager to serve in the Russian army, suggesting a blurring of political allegiances.

The bills that are causing such confusion are not targeting Central Asians, says Andrei Grozin, head of the Central Asia Department at the CIS Institute in Moscow. Instead, they are aimed at Ukrainians who wish to move to Russia, he said. By opening the door for Ukrainians, the Duma, willingly or not, has given an opportunity for others to go to Russia. “Who is mostly interested in the new norms? Not Ukrainians, but people from Central Asia and the Caucasus. The interest is coming from the countries that provide labor migrants,” Grozin told EurasiaNet.org.

Grozin believes that in the long run, the citizenship legislation – if fully implemented – will hurt Russia’s economy because the country is already inundated with migrants. Yet as long as living standards in Russia are higher than in most parts of Central Asia, Kyrgyz and Tajiks will seek Russian citizenship simply to access a Russian pension or other social benefits, said the deputy director of Bishkek’s Adilet legal clinic, Lyudmila Arapova, who says the practice is already “widespread.”

Arapova, an expert on citizenship law, believes the new rules will encourage more Kyrgyz to seek Russian citizenship not to move to Russia or to work there, but to tap into Russia’s Social Fund.