Former PM Isakov faces up to 20 years in prison. 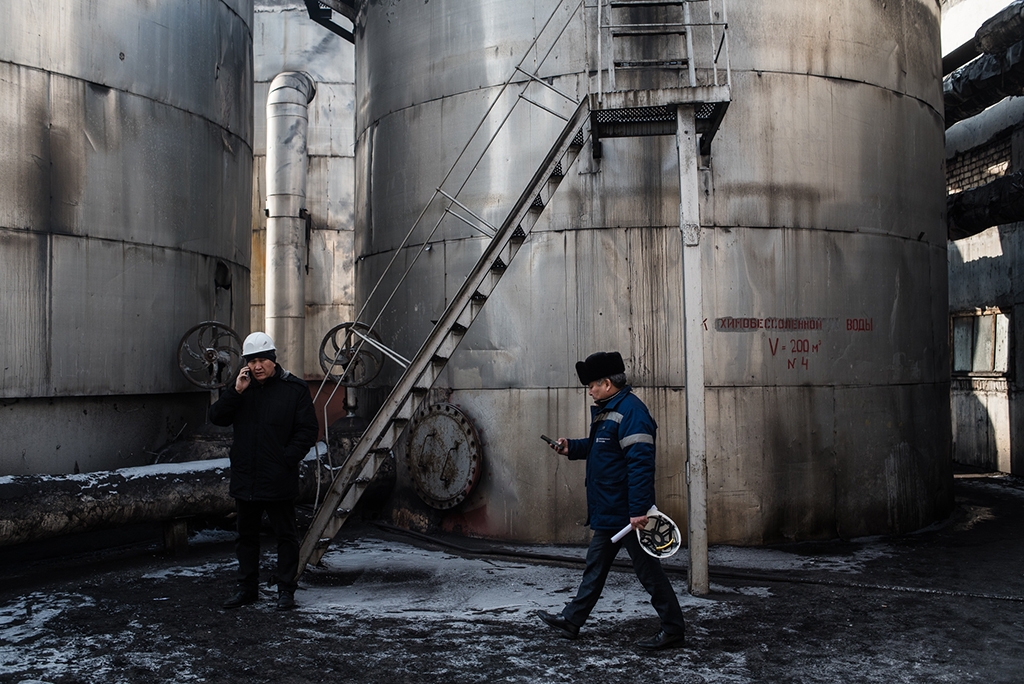 All the pieces are now in place for what is shaping up to become Kyrgyzstan’s biggest politically tinted trial of the year.

On January 8, the State Committee for National Security identified one-time Prime Minister Sapar Isakov as the man chiefly responsible for a power plant malfunction last year that left hundreds of thousands without heating in the middle of a particularly sharp cold snap.

The political implications of the case are incendiary. Isakov, 41, was a right-hand operator for ex-President Almazbek Atambayev, who has since stepping down last year become embroiled in a battle of wills with his successor, Sooronbai Jeenbekov.

At the center of this affair is the Bishkek thermal power plant, or TETs, as it is known in its Russian-language acronym. Work to overhaul the creaking Soviet-built facility was carried out by Chinese company TBEA and cost $386 million to complete.

The GKNB said in its statement that TBEA was only able to secure the contract because of the “mercenary motives” of Isakov. It estimated over $111 million in financial damage caused to the country because of the dubious manner in which the contract was doled out. The statement provided no rationalization for how this figure was calculated.

The security services describe a scheming Isakov who acted in what they said was full knowledge of TBEA’s ill-will. They say the Xinjiang-based company had bid to do the same work on the plant in early 2010, at a time when Isakov worked as public relations chief for a state-run investment coordination center. Kyrgyzstan was at the time run by since-deposed President Kurmanbek Bakiyev, whose family is alleged to have freely raided state assets for personal gain.

When TBEA came courting in 2010, the center where Isakov worked rejected the overtures, arguing that company’s offer was “incompatible with the interests of Kyrgyzstan due to its high cost, technical and technological deficiencies.”

It is this that made Isakov’s alleged involvement in bringing TBEA into the fold so egregious, the GKNB has argued. What is worse, the updated deal was even more financial onerous than what was on the table in 2010, it said.

As for Isakov, he has admitted being involved in the process of touting for investment in the TETs — a function he fulfilled while serving as Atambayev’s aide on foreign affairs — but he denies adamantly that he had anything to do with TBEA winning their contract. During a parliamentary hearing last year, Isakov said that TBEA’s contract had been set a precondition for funding from China’s state-owned Exim Bank, which provided the loan to underwrite the project.

Isakov’s lawyer, Nurbek Toktahunov, said his client may be looking at up to 20 years in jail on charges of "significant material damage to the state by prior criminal conspiracy.”

Another two former senior officials are embroiled in legal troubles over the same affair.

One is Jantoro Satybaldiyev, who was prime minister at the time the deal with TBEA was struck. Another is Kubanychbek Kulmatov, a one-time mayor of Bishkek who is accused of profiting from a side project.

To most disinterested observers, Isakov’s downfall looks like a clear consequence of his close alliance with Atambayev. Atambayev stepped down in late 2017, as required by law, and then backed Jeenbekov as his successor in the apparent expectation that the latter would allow to him continue playing a role in running the country from behind the scenes.

When Atambayev left office, he left Isakov behind as prime minister, seemingly to act as his proxy. Jeenbekov surprised many, however, by proving a far more independent player than Atambayev had evidently expected.

Isakov was jettisoned from his post as premier by parliament in April and was then arrested on corruption charges in June.

Isakov may struggle in his effort to cast himself in the image of the helpless victim of injustice.

During a pre-trial hearing in December, he complained to the court that he was unlikely to get a fair trial as the judge's “every breath” was under the control of the presidential apparatus. But he was ridiculed when he claimed at the same hearing that he was utterly unaware while serving as prime minister that Kyrgyzstan’s justice system was in such dismal shape.

While the politicized trial will help the government neutralize a potentially meddlesome opponent, it will likely do little to shed light on the full extent of technical failures and operational errors that contributed to the power plant's collapse in the first place.

It is that which truly matters to residents of Bishkek, who live in fear of a repeat of that episode.