More authority will be wielded, in principle, by a national people's congress. 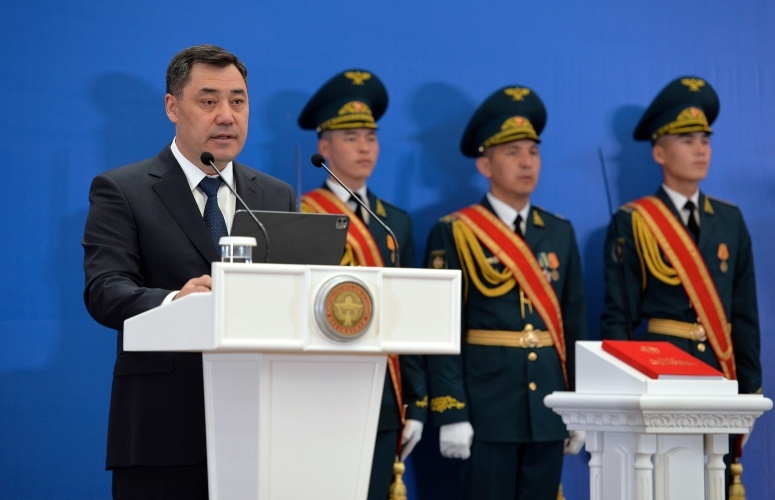 Kyrgyzstan’s president on May 5 signed a new constitution into law, thereby gaining expansive new powers for himself and diluting the authority of parliament.

Sadyr Japarov put his signature to the document in a ceremony at the Ala-Archa presidential residence in front of an audience including members of the legislature, representatives of the judiciary, officials from the cabinet and other public figures.

The new-look constitution was approved by almost 80 percent of voters at a referendum in April, although the turnout was only a modest 39 percent.

Under the new dispensation, the parliament will shrink, going from 120 members to 90. Legislators will wield reduced decision-making powers. The head of state is to become head of the executive and assume the authority to appoint almost all judges and heads of law enforcement agencies. Another section envisions the creation of something called the People’s Kurultai, a national-level analogue of a traditional if often erratic form of local power-brokering.

Japarov addressed the question of the People’s Kurultai during the signing ceremony.

“Every nation builds its life on the basis of its own values. From time immemorial, our people have had two values​: freedom and justice,” he said. “It is necessary to bring in the concept of natural management, the administration of affairs in a manner befitting the natural characteristics of the Kyrgyz ethnos.”

That principle means consulting with the positions and interests of the people before adopting any decision, Japarov said.