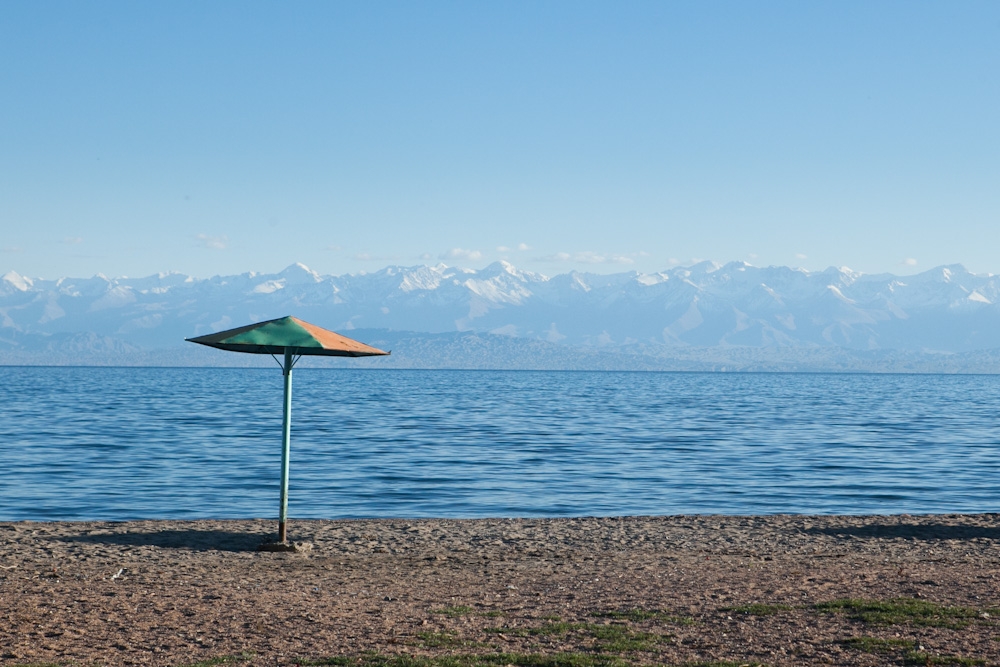 Kyrgyzstan’s Lake Issyk-Kul, with its dazzlingly clear, sapphire-blue waters, is one of Central Asia’s prime tourist areas. But for the Central Asian nation’s movers and shakers, Issyk-Kul isn’t just a place for R&R, it’s also a battleground.

The resorts that ring the lake are what the rich and the powerful are fighting over. In the early years of independence, well-connected entrepreneurs gained control of many of Issyk-Kul’s state-owned hotels and spas. Later, when popular uprisings unseated successive administrations in 2005 and 2010, the choicest lakeside properties again became the objects of tugs of war among members of the incoming elite.

According to Azis Isa, head of research at the Central Asian Free Market Institute in Bishkek, a lack of transparency in the initial wave of privatization fueled subsequent waves of property ownership struggles. “The people that came to power [in 2005] knew that the first privatization had occurred pseudo-legally at best [so] they used that to their advantage and requisitioned property,” he told EurasiaNet.org.

In 2010, after the collapse of President Kurmanbek Bakiyev’s administration, resorts controlled by the president's family and friends were again nationalized and put up for auction. According to a member of the community council of Bulan Sogottu, a village on the lake, local residents view the repeated privatizations as nothing more than “great land grabs.”

Some spas have managed to avoid privatization up to this point, remaining state-owned. But these properties may not stay that way for long. One famed state-owned spa – the Aurora spa situated in Bulan Sogottu – became the focus of a privatization attempt last year, following President Almazbek Atambayev’s electoral victory. The new president transferred control of the Aurora resort from his office to the Ministry for State Property, which answers to Prime Minister Omurbek Babanov. It was immediately slated for privatization. According to the village council member, who spoke on condition of anonymity citing a fear of retribution, locals saw the move as a quid-pro-quo between Babanov, who had endorsed Atambayev’s candidacy, and the new president. Popular protests ultimately derailed the planned privatization.

“When locals saw men in Arabic dress walking around the village, straight after Babanov’s working trip to Qatar, rumors started to fly immediately. [Villagers] began to protest outside the spa and Aurora was taken off the [Ministry for State Property] list,” the council member said.

While foreigners are not permitted to buy land around the lake, they are allowed to build – an ambiguous legislative distinction that helps muddle property rights and contributes to a lack of transparency concerning foreign investment.

Lately, public attention is focusing on four Kazakh-run resorts on Issyk-Kul. The properties were transferred to the Kazakh government under a 50-year lease in 2009. At the time, opposition politicians raised concerns that Bakiyev’s family was profiting from the arrangement, while also voicing concerns about Kyrgyzstan’s sovereignty. Maksat Sabirov, an MP from the Respublika faction in the current governing coalition, argues that the resort leases should be reconsidered, although Kyrgyzstan can ill afford to irk its energy-rich northern neighbor.

Kubanychbek Isabekov, vice speaker of parliament at the time the agreement with Kazakhstan was signed, supports reviewing the leases, claiming “the Kazakh side has not fulfilled its obligations – to build several four-star resorts and create employment for locals.”

Isabekov adds that striking a delicate balance between state-owned and individually-owned property is essential to defusing tensions on the lake’s developed northern shore. Unemployment in Issyk-Kul Province is high, Isabekov notes. With fish stocks dwindling and agriculture in slow decline, the people of the region are increasingly disenfranchised and frustrated, he told EurasiaNet.org.

Mounting frustration probably played a role in an outburst of violence last year, when a Kazakh tourist was robbed and killed near Cholpon-Ata, the largest resort town on the lake. The incident prompted fears among Ministry of Culture and Tourism officials that fewer visitors from Kazakhstan and Russia, the biggest sources of foreign tourists, would arrive this year.

According to the Bulan Sogottu council member, the mood among lakeside locals has improved slightly since the “black days” of the Bakiyev period, when at least two spa directors were murdered under unexplained circumstances, and locals in several villages beat up security guards for refusing them entry onto private beaches. Now villagers “enter into discussions” with hoteliers in attempts to convince them of the importance of hiring locals and allowing them access to the beach for “a symbolic sum.”

“There isn’t so much aggression towards the Kazakhs [tourists] – they bring money into the region. But when some company director tells us we can’t walk down to the shores of our own lake – that causes a problem,” the council member said.