Kyrgyzstan: Prosecutors use 2010 ethnic unrest as cudgel against government opponents

Activists are bewildered by how the government has chosen to revisit the events of 2010 in this way. 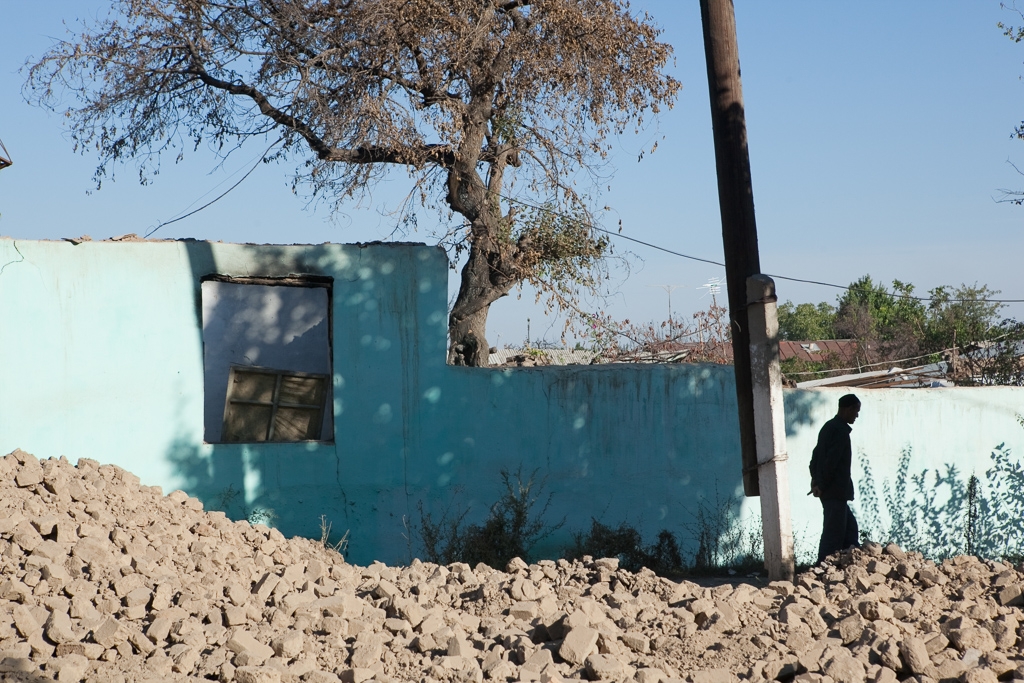 When Kyrgyzstan’s president seized power in 2020, he pledged that the era of political witch-hunts had come to an end.

Sadyr Japarov had himself served time in prison, for what he insists were unfair charges of kidnapping, and he said he didn’t want the same done to others.

It turns out that he may not have been entirely sincere.

On May 20, the office of the Prosecutor General announced that it was filing a case of abuse of office against three members of a provisional cabinet formed after political unrest toppled the government in April 2010. Supporters of Keneshbek Dushebayev, a former head of the security services, Ismail Isakov, an ex-defense minister, and Bektur Asanov, once the governor of the southern Jalal-Abad region, all of them critics of the Japarov administration, say the probe is “motivated by revenge.”

The spur for the investigation is ostensibly to get to the bottom of the ethnic turmoil in June 2010 that left at least 446 people dead in the southern cities of Osh and Jalal-Abad. The State Committee for National Security, or GKNB, announced in April 2021 that it was initiating a fresh look at those events and implied that members of the 2010 interim government might face questions. Japarov had said earlier that same month that he wanted investigators “to provide a full account on decisions made then by state bodies.”

The decision to reopen this painful chapter in the country’s history has not been motivated by an attempt to redress wrongs. Although the bulk of those killed were ethnic Uzbeks, almost nobody has faced prosecution over those deaths. The Kyrgyz government has also provided no compensation for the hundreds of Uzbek homes destroyed during what amounted to pogroms.

The GKNB has instead chosen to focus on claims that the interim government allegedly offering its backing to Kadyrjan Batyrov, a prominent ethnic Uzbek businessman regularly accused, without evidence, of promoting separatist sentiments among fellow Uzbeks. Their investigation lasted more than a year and more than 15 former and current officials were questioned. Among the people facing questions were Japarov himself and the current head of the GKNB, Kamchybek Tashiyev.

Tashiyev came out of his light-touch questioning session swinging at the interim government, claiming that they had supported local separatists and provoked inter-ethnic tensions in an attempt “to maintain their influence and power in the south.”

Dushebayev has spoken publicly of his contempt for the accusations made against him and his colleagues.

“This case is a political hit. We are being pressured because we are in the opposition. There is no evidence. The investigation and trial must be fair, but we cannot count on it [fairness],” he said in an interview to RFE/RL’s Kyrgyz service, Radio Azattyk. Isakov, who held the post of defense minister in 2010, likewise said the accusations were “without basis.” Asanov, whose native Jalal-Abad region was also home to the Uzbek businessman Batyrov, has refrained from commenting publicly on the accusations.

Others may well be in the crosshairs. There has been speculation that the Prosecutor General intends to pursue the freezing of assets belonging to another six members of the interim government, including Roza Otunbayeva, who should enjoy immunity as the then-acting president. The Prosecutor General's Office has confirmed it has made formal enquiries about the holdings of nine members of the 2010 government, but officials deny any freeze is in motion.

One person who has had his property confiscated is Almazbek Atambayev, the imprisoned former president, who also worked his way to the top by means of a stint as prime minister in that interim government. On May 31, a representative for the State Property Management Fund announced that a country estate owned by Atambayev in a village outside Bishkek has been taken into state ownership and will be converted into a residential facility for the elderly.

Activists are bewildered by how the government has chosen to revisit the events of 2010 in this way. Aziza Abdyrasulova, a rights activist, noted that less than 2 percent of the more than 5,000 criminal cases opened after the ethnic unrest have been closed to satisfaction. The government would have been better placed expending its resources investigating cases of murder, rape and destruction of property, Abdyrasulova said.