Protesters in the town of Kazarman pelted police with rocks. 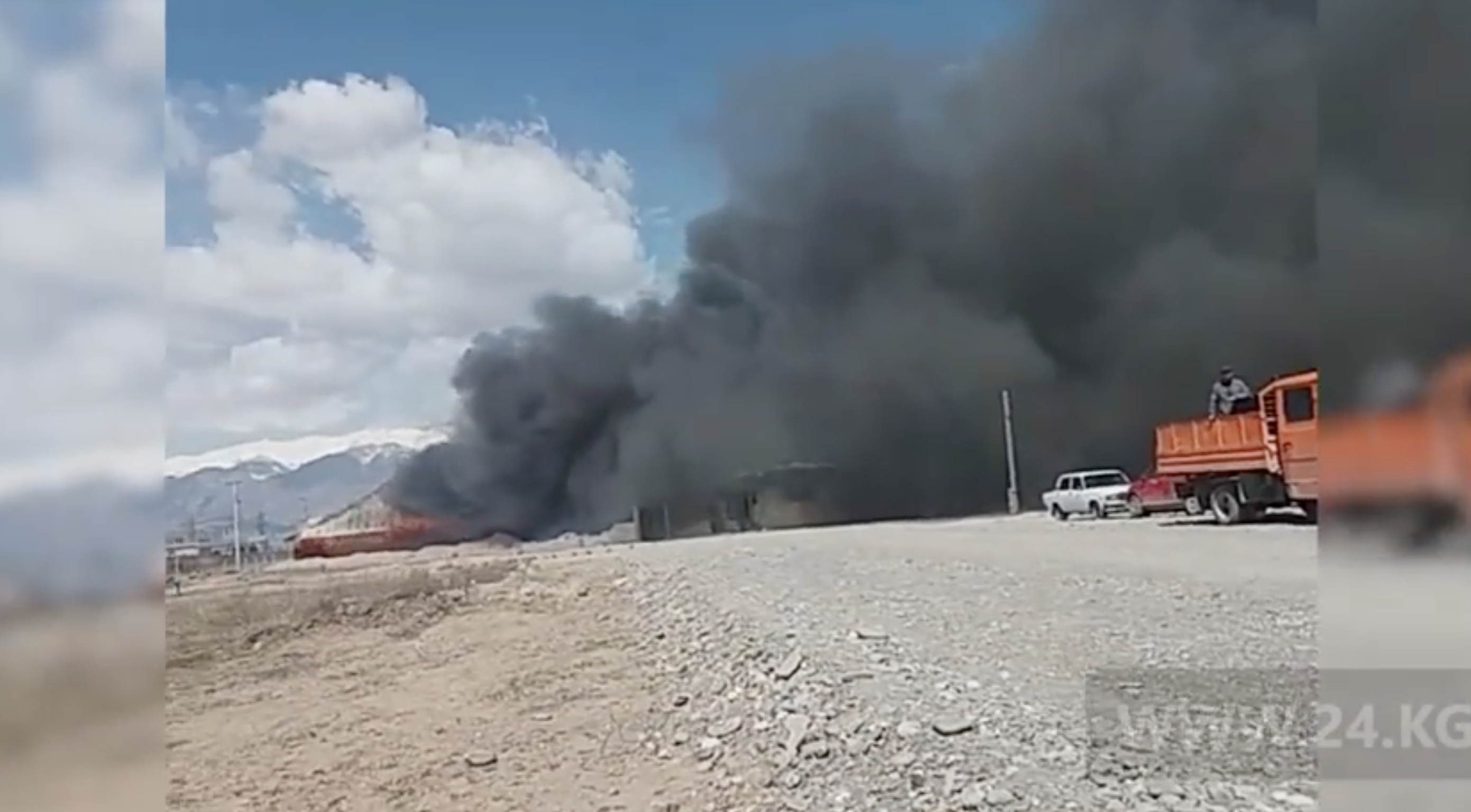 Screengrab of amateur footage showing the burning building in Kazarman. 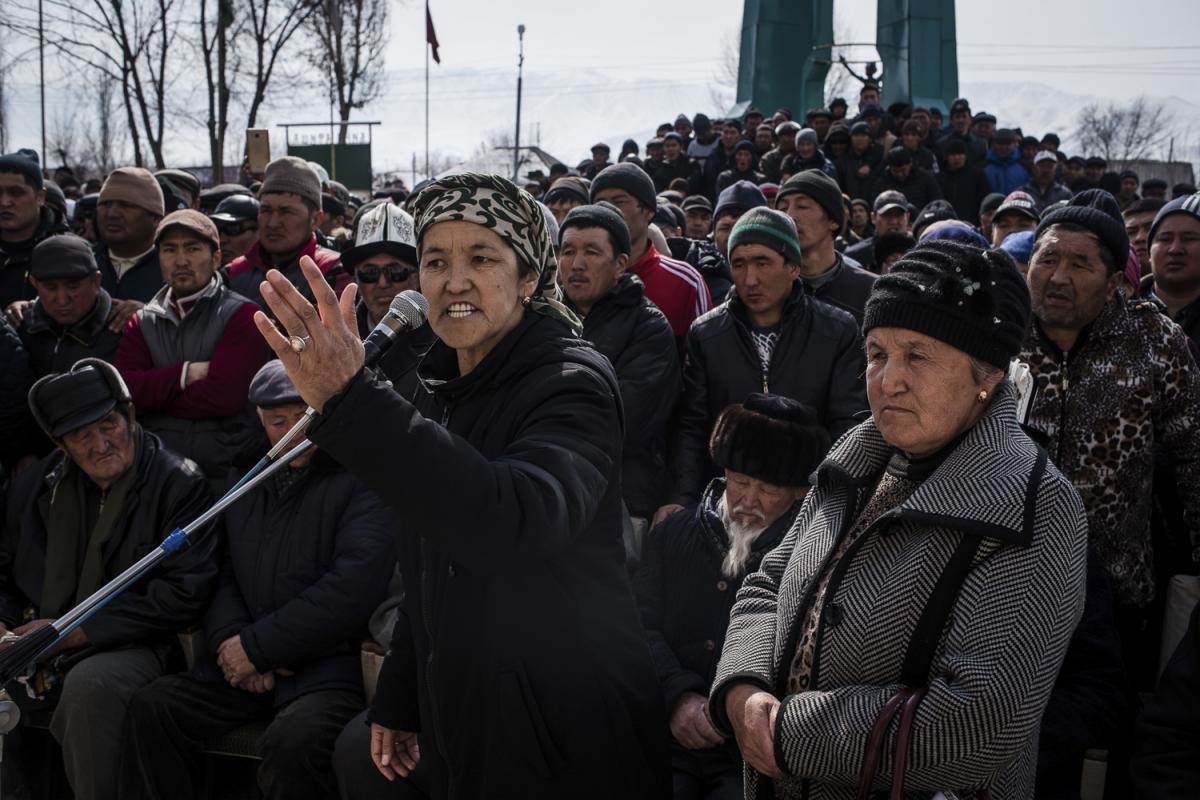 A Kazarman resident speaks during a March 10 public hearing on the construction of Makmal G.L Developing's gold-refining plant. (Photo: Danil Usmanov)
prev
next

Residents of a town in southern Kyrgyzstan opposed to the construction of a new gold-processing plant have attacked the grounds of the facility and set at least one building alight.

Participants in the April 11 unrest have told 24.kg news agency that several thousand people were involved in the protest in the town of Kazarman against the construction, which is being carried out by Makmal G.L Developing, a Chinese-backed company.

Turmush news agency reported that three police officers and a local resident have been hospitalized following clashes. Some media have reported that rioters pelted police with rocks.

An in-depth report on Kazarman by Eurasianet earlier this month revealed deep-seated opposition to a factory that many local people believe could pose a risk to the environment. The main local investor in the project has sought to ally concerns, however, insisting that the plant would only use ecologically sound chemicals.

This is not the first time that an anti-Makmal G.L Developing rally has escalated into unrest. On March 1, a large group of men descended on the plant and ripped down a perimeter wall.

The level of local unhappiness seen on that occasion prompted officials to travel from the capital, Bishkek, to Kazarman to negotiate with residents, but those attempts to salve tempers appear to have been in vain.

Kazarman is already the site of a large gold-processing plant, built in the mid-1980s. Residents say that factory has itself damaged the environment and regularly blows polluted air into the town and that they don’t want another similar installation to be built.

Responding to the unrest, Ulan Ryskulov, chairman of the State Committee for Industry, Energy and Mineral Use, said that activities at Makmal G.L Developing were formally suspended on February 8 and that the company had still not presented an environmental feasibility study for its project.

The standoff neatly illustrates the complications faced by investors and local communities alike in Kyrgyzstan.

Companies, particularly those from abroad, must often confront a barrage of challenges extraneous to their main line of business, be it knotty bureaucracy, corruption and the demands of local stakeholders, whose interests do not always align with those of the population. Communities, meanwhile, complain that they are rarely canvassed for their position on proposed projects that could leave a deep impact on their immediate surroundings.

Failure to establish clear lines of dialogue have regularly, over the years, culminated in the kind of unrest now affecting Kazarman.