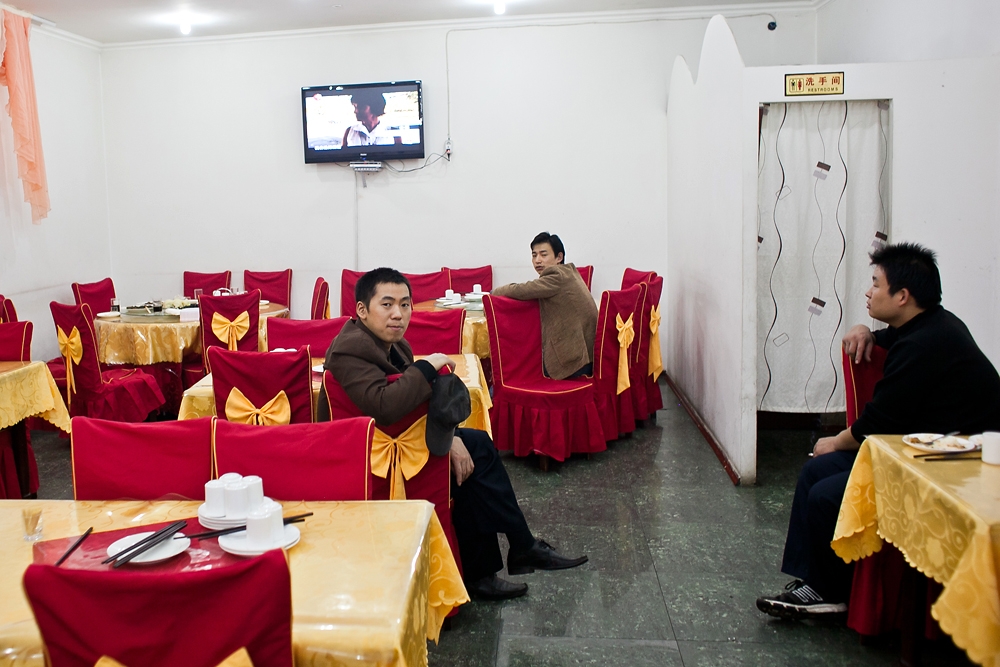 Chinese migrants in Kyrgyzstan complain they’re being targeted for robberies and extortion, especially by law-enforcement officers who are supposed to protect them. (Photo: David Trilling)

The Year of the Snake has been full of unpleasant surprises for Chinese living in Kyrgyzstan. Against a backdrop of rising economic nationalism and weak law enforcement, Chinese migrants complain they’re being targeted for robberies and extortion, especially by law-enforcement officers who are supposed to protect them.

In December, Chinese state media publicized a “wave” of attacks on Chinese entrepreneurs and students in and around Kyrgyzstan’s capital, Bishkek. The report, published in the Beijing-based Global Times, said many victims feel they’re being ethnically profiled. It also alleged that Kyrgyz police have been complicit in violent robberies. That same month, the Chinese Embassy in Bishkek took the unusual step of issuing an “emergency safety alert,” warning citizens to be vigilant. Another statement issued by the embassy rebuked Kyrgyz authorities for failing to protect Chinese citizens.

In an interview with EurasiaNet.org, a cautious Bishkek-based Chinese restaurateur described a precarious existence. Criminal gangs, often with police protection, see even small-time Chinese businesses as “cash machines,” the restaurateur said, speaking on condition of anonymity. “We live simply and try to save money like anyone. But the gangs think that because China has money, we have money,” the restaurateur said.

Meanwhile, groups of Chinese laborers, often working on infrastructure projects undertaken by Beijing’s state-owned corporations, are being subjected to impromptu document checks from nationalist groups. These groups, which depict migration from the Middle Kingdom as a threat to national security, thrive on resentment: many Kyrgyz don’t understand why Chinese are taking precious few jobs and hundreds of thousands of Kyrgyz are forced to work in Russia. One of the groups, Erkin El, claims that up to 300,000 Chinese are already living in Kyrgyzstan, a country of about 5.5 million. The Global Times estimated the figure to be closer to 80,000.

The Coalition of a New Generation is another youth group that acts as a self-appointed inspector of Chinese workers’ documents. The checks, some of which have been videotaped and have been posted online, are similar to ones that Russian nationalist groups carry out on Central Asian migrants. Coalition representatives did not respond to EurasiaNet.org’s repeated requests for an interview.

Kyrgyz-language media outlets – many of which have a reputation for race-baiting and indulging in nationalist-inspired hyperbole – have helped stoke anti-Chinese sentiment. In July, for example, the newspaper Alibi sought to blame China for Kyrgyzstan’s chronic political instability in a brash article headlined, “Chinese Migrants May Carry Out the Third Revolution.”

Aigul Ryskulova -- a former labor minister who heads a working group on migration in President Almazbek Atambayev’s administration -- told EurasiaNet.org that Chinese migration is “not as catastrophic” as nationalist groups describe it. This past November, officials at the Ministry of Labor, Migration and Youth told parliament that Chinese nationals accounted for around 70 percent of the 12,990 work permits issued last year.

A major problem, as Ryskulova sees it, is the convoluted nature of Kyrgyzstan’s migration framework. The system could benefit from streamlining, she said. “Inter-governmental agreements that operate outside the quota system, departmental delays and corruption schemes in the process of prolonging visas” all mean the overall figure for Chinese working in Kyrgyzstan is several times higher than the official annual quota, Ryskulova said. She went on to say that this gap enables “myths” about the number of Chinese migrants in the country to gain traction, as well as fosters a sense of helplessness among Kyrgyz citizens.

Though the increasing visibility of Chinese workers has certainly fuelled xenophobia, the reasons behind the recent spate of violent attacks may be more calculated, according to Li Lifan at the Shanghai Academy of Social Sciences. Chinese expatriates, in particular private entrepreneurs, “tend to hoard large amounts of foreign currency, especially dollars” to avoid punitive rates on bank transfers from Kyrgyzstan to China. This, combined with the fact that Chinese “rarely complain,” and often don’t report crime or extortion attempts, makes them “easy targets for local gangs,” Li told EurasiaNet.org.

Diplomats at the Chinese Embassy declined to speak with EurasiaNet.org about the issue.

The Sichuan-born owner of the Chinese restaurant in Bishkek said extortion is nothing new. The downtown Bishkek restaurant, among at least a dozen Chinese-owned restaurants in the capital, has been subject to threats from racketeers. At one point, a group of five men came in and asked for $2,000 in cash, the source said.

“When we said we could not pay, they came the next day, ordered a big meal and left without paying. When we told the police, officers said the group had not committed a crime and that we had shown them our hospitality. It continued twice a week for a month,” the restaurateur said, until the men realized the restaurant wasn’t making much money.

Allegations of police involvement in racketeering and violence are common. And those charges are believable in a country where, according to a 2012 US government-funded survey, the police are the second-least-trusted institution, just after the judiciary. According to one interviewee cited in the Global Times report, a Bishkek cop emerged as a suspect in at least one attack on a Chinese business in 2012, an incident in which a Chinese citizen died.

The Bishkek restaurateur said the Chinese community was “extremely frightened” last summer by the death of Guan Joon Chan, the owner of a chain of eyeglass stores in the city.

According to various Kyrgyz press reports, Guan was found beaten unconscious late on July 24. He subsequently died in the hospital. Quoting anonymous sources, the Russian-language Vechernii Bishkek published a report on July 30 that alleged Guan had regularly paid protection money to local police, and that he was beaten shortly after a disagreement with a police chief over money.

Currently two men are standing trial in connection with Guan’s murder. One is a senior police officer at the capital’s Sverdlovsk District police department. The other is a former member of a police special forces unit.