The vote took place against the backdrop of worsening repression of the opposition and activists. 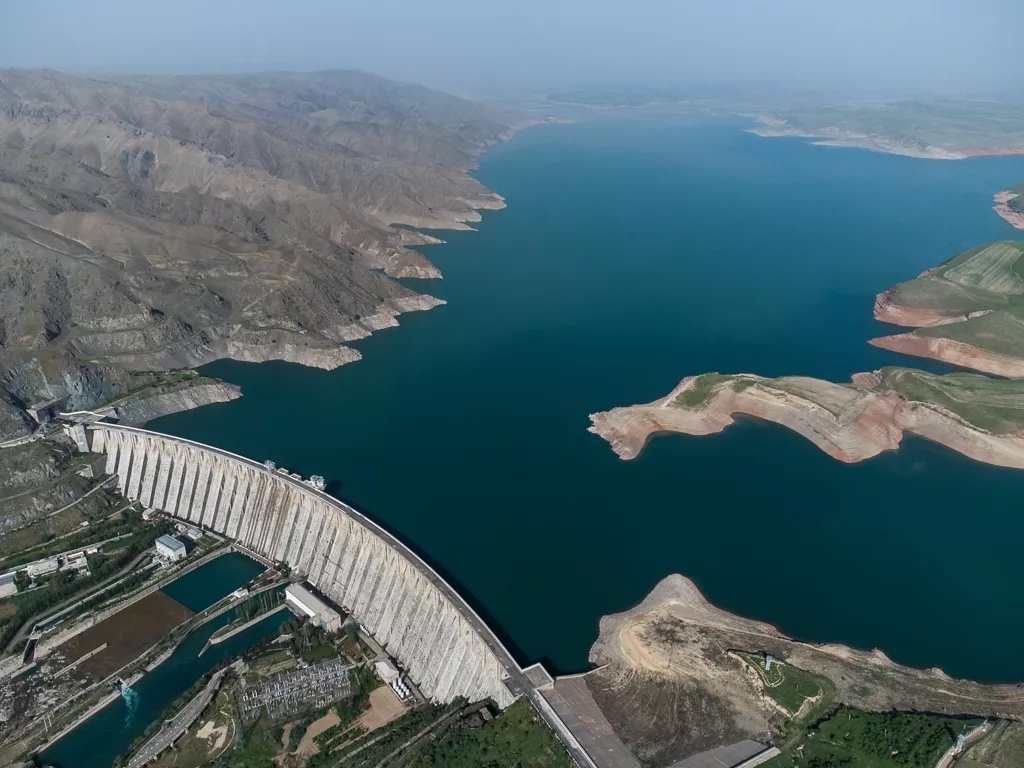 It is the fate of the Kempir-Abad reservoir that has caused most contention. (Photo: Danil Usmanov)

Lawmakers in Kyrgyzstan have in an intensely expedited manner approved a contentious border deal with Uzbekistan that will see the latter take effective control over an important water reservoir.

Fully 64 of the 83 deputies present in the Jogorku Kenesh supported the border deal in the last of three readings all carried out on November 17, while 19 voted against, bringing a close to a session that saw ill-tempered confrontations between dissenting MPs and the head of the security services.

The vote occurred against a backdrop of dramatically worsening political freedoms in the country. Last month, dozens of opposition politicians and civil society activists were summarily jailed, ostensibly over their objection to how the border deal was being secretively rushed through parliament.

Discussions in the chamber was overseen by President Sadyr Japarov and the head of the State Committee for National Security, or GKNB, Kamchybek Tashiyev, who has been particularly deeply involved in forcing through the border agreement.

Japarov and Tashiyev pleaded with lawmakers to throw their weight behind the agreement in the interests of the state. The MPs were prompt in response – they completed all three readings of the legislation between 10 a.m. and 4 p.m.

As the voting tallies indicate, there was nominally strong support from lawmakers, although some among them – most notably opposition politician Adakhan Madumarov – insisted that outcome was achieved through coercion.

“Parliament is only considering this border issue for the first time. What we are looking at right now is unlawful,” Madumarov said. “This time will pass. Another government will come to power that will recognize that my words and those of [other] lawmakers were correct. Today’s decision will be deemed one that was adopted under pressure.”

In a report to parliament, Tashiyev said that the bilateral agreement will end with Kyrgyzstan securing a definitive claim to almost 200 square kilometers of land. Uzbekistan, meanwhile, will receive the land under the waters of the Kempir-Abad reservoir, which covers an area of 45 square kilometers.

It is the fate of Kempir-Abad that has provoked most public discomfiture in Kyrgyzstan. Communities around the body of water have voiced their concern that they could be deprived of access to the irrigation resources they need to sustain their crops. Japarov’s team insist the reservoir will be managed jointly and that there are no grounds for concern.

Unease has been exacerbated, however, by the speedy and secretive manner in which the border agreement has been rammed through parliament. Lawmakers have been denied the chance to study the full text of the document – a decision that Tashiyev has insisted was based on national security concerns.

Such mild dissent as there has been inside the mostly malleable parliament has been effectively quashed. After lawmaker Chyngyz Aidarbekov took a stand against the deal, complaining that his colleagues had not been given enough information about its contents, he was removed from his post as head of the international affairs, defense, security and migration committee.

Tashiyev told parliament that he was proud to put his name to finally resolving what he described as a “most strategic matter.”

“I am proud that by a twist of fate I have been given the opportunity to bring a close to the Kyrgyz-Uzbek border question, which has been left unsolved for hundreds of years,” Tashiyev told lawmakers, alluding to disagreements with their roots in the post-independence period of the 1990s. “And so, I hope for your support.”

The GKNB chief derided complaints over last month’s arrests of politicians and activists.

“Those were not people freely expressing their views, they were provocateurs. We will root out people who want to destabilize the country, foment unrest, and seize power,” he said. “And we will continue to do it in future.”

Tashiyev, along with his close ally Japarov, ascended to their positions in high office in October 2020 as a result of the overthrow of then-President Sooronbai Jeenbekov through a wave of rowdy and sometimes violent street protests.

The kind of aggressive testiness that brought Tashiyev to power was on full display in parliament on November 17. When one MP, Omurbek Bakirov, got up to complain of what he said were errors in how the border agreement has been ratified, and to suggest that this would be proven in the fullness of time, he got short shrift from the GKNB boss.

“What’s going to be shown in the fullness of time? Are you threatening me? Fuck you!” Tashiyev told Bakirov, who slunk away from the podium past the smirking speaker.