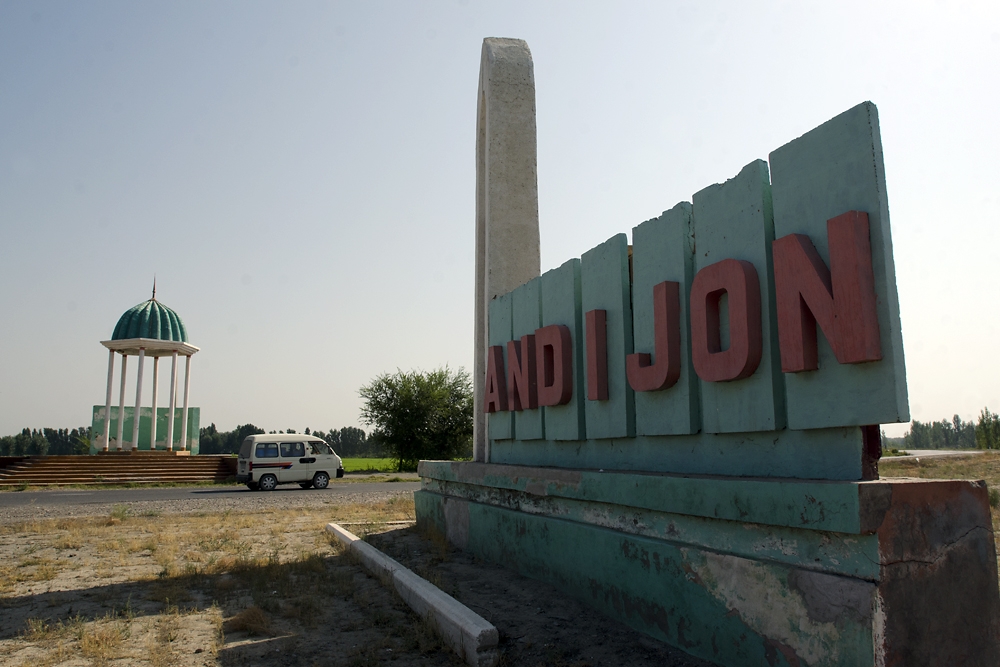 Almost a decade following the violent unrest and deadly crackdown in the eastern Uzbek city of Andijan, dozens of Uzbeks are still seeking asylum in neighboring Kyrgyzstan. Although Kyrgyz authorities say they are processing the claims for asylum, many Uzbeks still fear extradition back to their home country, where they say they will be prosecuted. (Photo: Dean C.K. Cox)

Aman Sagidullaev fled Uzbekistan with his family in the summer of 2011. He had called for a referendum on independence for his native Karakalpakstan region in the country’s northwest. Apparently in response, Uzbek prosecutors charged him with embezzlement. After traveling to Russia, then to Kazakhstan, Sagidullaev has spent the last two years trying to obtain asylum in Kyrgyzstan.

He does not feel very welcome.

Kyrgyzstan has the most liberal political system of the Central Asia’s five states, and generally is the most open to refugees, but activists and critics charge that Bishkek has a history of bowing to political pressure from its more powerful neighbors, including Uzbekistan and China, sometimes colluding to deport refugees who face imminent torture upon their return home.

Sagidullaev asserts that Kyrgyz authorities rejected his asylum request “because they didn’t want to spoil relations with Uzbekistan.”

The Ministry of Labor, Employment and Youth, which handles asylum requests, says Kyrgyzstan has never granted asylum to a citizen of Uzbekistan, one of the most repressive countries on the planet. The ministry confirmed 44 Uzbekistanis have applied, but declined to discuss the decision-making process.

As he waits in Bishkek for a separate ruling from the UN’s refugee agency, UNHCR, Sagidullaev says he has been stalked by men he believes are Uzbek secret police agents. In October, Sagidullaev says, “they came to my children’s school, showed IDs from the State Committee for National Security of Kyrgyzstan and asked the teachers about me, asked them to share my contact details.”

Since then, Sagidullaev and his family have lived in a safe house for asylum seekers. Police promise he is safe and they will protect him while he is waiting for the UNHCR’s decision. UNHCR’s Bishkek office declined to discuss ongoing cases.

Over 20,000 people have sought refuge in Kyrgyzstan since independence, according to the UNHCR. Most sooner or later returned to their home countries (such as the thousands of Tajiks who fled to Kyrgyzstan during Tajikistan’s 1990s civil war). Others have moved on to third countries. Currently, 466 hold official refugee status from either the UNHCR or the Kyrgyz government, affording them the right to work. Bishkek is currently considering 300 more cases. Today, most are from Afghanistan. Others hail from Iran, Pakistan, Syria, China, Tajikistan and Uzbekistan.

The Kyrgyz government is especially wary of asylum seekers from Uzbekistan and China, says Aziza Abdyrasulova, head of the Kylym Shamy human rights center in Bishkek. “Kyrgyzstan is absolutely unsafe not only for asylum seekers from Uzbekistan, but also from China’s [western] Xinjiang region [where authorities have battled to contain Uighur separatists],” Abdyrasulova told EurasiaNet.org. She adds that Uzbek authorities have been known to operate on Kyrgyz soil.

“Kyrgyz authorities allow their neighbors to kidnap Uzbek refugees and even help to send them [refugees] back. So Uzbek citizens flee their homeland with fear to Kyrgyzstan, and have to live here with fear too,” Abdyrasulova explained.

Kyrgyzstan can also face pressure from other members of the Shanghai Cooperation Organization, a club of Central Asian states plus Russia and China that coordinates extraditions of individuals suspected of terrorism or extremism. Rights campaigners allege that SCO members often abuse the system in attempts to track down and silence political undesirables under the guise of fighting terror.

Bahadyr Namazov, a long-time human rights activist from Tashkent, fled Uzbekistan in May 2012 after years of harassment for his activism. Like others, first he went to Russia. But he feared the reach of the Uzbek security services there and moved to Kyrgyzstan this past July.

“Nobody will give any guarantees here that something won’t happen to me. That’s why I feel safe neither here nor in Russia, because the Uzbek special services freely operate in Kyrgyzstan and Russia. But here [in Kyrgyzstan] many organizations and activists help and support me. That’s why I’m here,” Namazov told EurasiaNet.org.

Namazov is waiting for the Labor Ministry to consider his asylum request, but he considers his chances slim.

Steve Swerdlow, a Bishkek-based researcher for Human Rights Watch, says that even though Bishkek has ratified a number of international treaties on the status of refugees, “Kyrgyzstan has a lot of work to do on this issue.”

In 2006, Kyrgyzstan deported several asylum seekers who had fled Uzbekistan following the 2005 Andijan massacre. “We often receive reports which are credible that Uzbek security services are in fact able to operate freely on the territory of Kyrgyzstan,” Swerdlow said.

Kyrgyz authorities deny colluding with Uzbek agents in the pursuit of Uzbek citizens seeking to stay in Kyrgyzstan for rights-related reasons. “We cooperate with Uzbek secret services on terrorism, extremism and other serious issues, but that doesn’t include refugees or asylum seekers. And I can absolutely say that Uzbek special services cannot work here,” a representative of the State Committee of National Security told EurasiaNet.org on condition of anonymity.

But Swerdlow of Human Rights Watch noted as an example the case of Shuhrat Musin. Musin had been living in Kyrgyzstan since 2008, and had received refugee status from the UNHCR. In February 2013, he disappeared and was later found in a prison in Andijan, charged with terrorism and extremism – charges that critics say Uzbekistan applies liberally to its critics.

The Uzbek security services are also suspected in the death of journalist Alisher Saipov, a vocal critic of the Uzbek regime who was murdered in October 2007 in southern Kyrgyzstan. His murder has never been solved.

“The fears of persecution of Aman Sagidullaev, a peaceful political activist, and of Bahodir Namazov, a well-known human rights defender, [are] well-founded, based on the peaceful exercise of their political opinions, and consistent with numerous cases of politically motivated imprisonment, torture, and ill-treatment among members of Uzbekistan’s civil society in recent years,” Swerdlow said.