Kyrgyzstan: Released prisoners being sent back to jail

One of them, however, has been trying to be made prime minister. 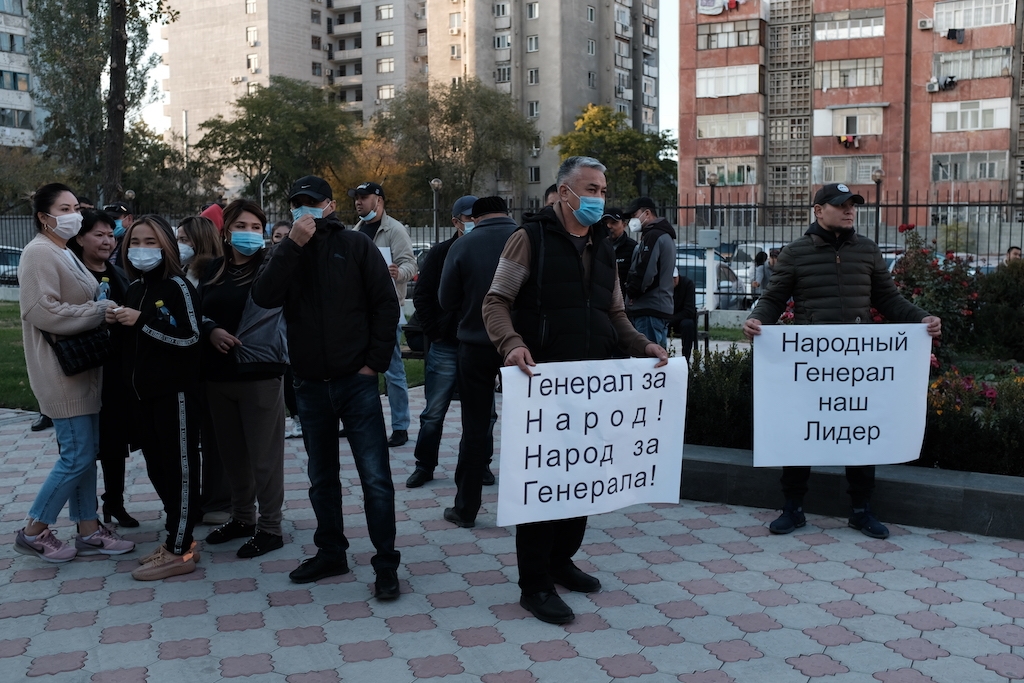 Numerous imprisoned politicians who were released in the wake of last week’s unrest have been returned to custody. Some are still at large, however, while one has been trying by all means possible to be appointed prime minister.

At the same time, another set of people altogether is being targeted for possible prosecutions – a development that has raised the specter of a wave of politically motivated repression even before the ongoing turbulence has subsided.

Among those who were sprung from prison only to be rearrested amid the political turbulence are former President Almazbek Atambayev and his close associate Farid Niyazov. Others, like former Prime Minister Sapar Isakov, also an Atambayev ally, were still evading arrest as of October 14.

The General Prosecutor's Office warned over the weekend that anybody who refused to turn themselves in would face “tough measures.”

Atambayev was serving a sentence on corruption charges and was awaiting trial on yet other charges, but he was returned to custody on October 10 in connection with clashes that broke out in central Bishkek the previous day. That incident of unrest occurred when a rally organized by Atambayev and others was attacked by the supporters of another politician freshly released from prison, Sadyr Japarov.

Japarov has been attempting to have himself installed as prime minister since shortly after he emerged from prison, where he was serving a sentence on kidnapping charges.

Also arrested for purported involvement in the October 9 unrest was Kursan Asanov. His fortunes have careened wildly in recent months and days. In August 2019, Asanov was fired as deputy interior minister and then arrested, all in the space of a few days, for his handling of the armed standoff that culminated in the arrest of Atambayev. He was then charged with abuse of office.

In the vacuum of power that ensued after last week’s rioting, Asanov reclaimed his status as a top security official by appointing himself the komendant of Bishkek, in effect taking control over the city’s safety. Amid the rapid carousel of self-appointment and dismissals, he did not last long in that position and now finds himself once more in the cells of the State Committee for National Security, or GKNB, likewise for playing an unspecified role in the disturbances that have landed Atambayev in custody.

Others still are seeing the inside of a jail cell for the first time. Temirlan Sultanbekov, a 22-year-old political activist who ran for parliament with Atambayev’s Social Democratic Party of Kyrgyzstan, or SDPK, declared after being arrested for the same incitement of unrest charges that he would embark on a hunger strike.

“I am guilty of nothing. In fact, they have just arrested me for openly, directly and honestly criticizing the authorities,” he wrote in a statement on April 11.

Atambayev’s son, Kadyr, who has also got involved in politics, was questioned by police but has not, for now, been subjected to criminal proceedings.