Japarov and Tashiyev came to office together, may they leave it apart. 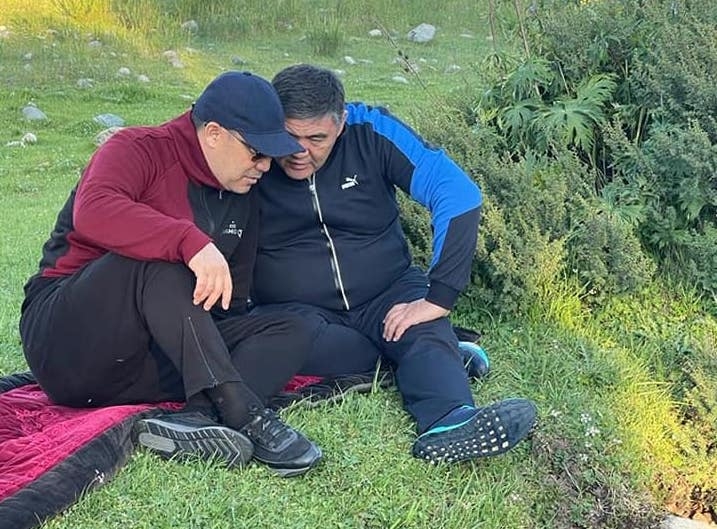 Normally, the sight of two middle-aged Kyrgyz men engaged in a tête-à-tête on the bank of a river would be nothing to report. It is summer, after all.

But when those two men occupy the country’s most powerful political positions – and there is no sign of shashlyk smoking in the background – something else is probably going on.

Speculation about standoffs between President Sadyr Japarov and his powerful security chief Kamchybek Tashiyev began almost as soon as the longtime friends seized power during political chaos in October.

These discussions are now reaching a crescendo, as government restructures and legal proposals look increasingly like struggles over political territory.

Tensions in tandems are nothing new.

When Russian President Vladimir Putin and ally Dmitri Medvedev swapped jobs for four years between 2008 and 2012, the arrangement was bedeviled by talk of struggles over the policy agenda.

Japarov and Tashiyev have instead indulged in a favored regional pastime, idling in nature.

The photos of the tracksuited pair were posted on July 23 by Otkurbek Rakhmanov, whom the news website 24.kg identified as a member of Tashiyev’s camp.

While Rakhmanov did not provide a date for the meeting, they are probably recent.

For one, Japarov appears to be wearing the same sunglasses that he sported for a coronavirus vaccination shot and at other public appearances, including some that were indoors.

Following much social media discussion about his eyewear, Japarov’s office disclosed that the head of state was recovering from eyelid surgery. Tamping down speculation about a schism with Tashiyev will take more doing.

One point of contention is a draft law initiated by Japarov that regulates the status of cabinet ministers. Among the amendments in the draft is one that suggests ministers cannot be criminally investigated without the president’s permission.

Those protections would impose boundaries on Tashiyev and his State Committee for National Security, known by its Russian acronym GKNB, which has been jailing politicians in recent weeks.

Lawmaker Janar Akayev complained that the law was being pushed through “in view of the two people sitting in power, and not for [the good of] the system.”

Tilek Toktagaziyev, a prominent youth activist who briefly served as agriculture minister before a cabinet shakeup in February, called in a July 22 Facebook post for one of the pair to quit politics in order to save government from paralysis.

The pair’s competition over candidates competing in recent provincial and city elections was threatening to erode democracy at local level, he complained.

Japarov had already appeared to clip Tashiyev’s wings in June when he disbanded the GKNB’s much-loathed anti-corruption service in favor of a new graft-battling body, the Anti-Corruption Business Council, which will operate under Japarov’s direct control.

This had looked like a significant development given that whoever controls Kyrgyzstan’s corruption battle has free rein to eliminate opponents.

Tashiyev, however, suggested the presidential edict had been misunderstood.

Another department of the GKNB would continue to investigate politically important cases, including those involving graft and abuse of office, he said on July 8.

If Tashiyev is enjoying powers that go beyond his formal office, he probably feels entitled to them. As chaos reigned following disputed elections in the fall, Tashiyev and his allies pushed for Japarov’s release from jail, where he was serving time for a hostage-taking conviction. From then on, Tashiyev was regularly seen by Japarov’s side as he made his bid for ultimate leadership, eventually unseating the hapless Sooronbai Jeenbekov as demonstrators filled the streets.

While Japarov stole the show, one-time presidential candidate Tashiyev was derided as “the First Lady” by mocking onlookers.

However bad their relations at present, there is a logic to sticking together.

As was the case when they were populist lawmakers in opposition, their tandem derives part of its strength from regional considerations.

Tashiyev’s political base is the southern region of Jalal-Abad.

If Japarov, a northerner, were to fire him, he would risk alienating influential southern powerbrokers who see Tashiyev as their bridge to the center, not to mention an important constituency.

Japarov will moreover be all too aware that Tashiyev’s political characteristics are similar to his own – headstrong, unpredictable and no stranger to rabble rousing. 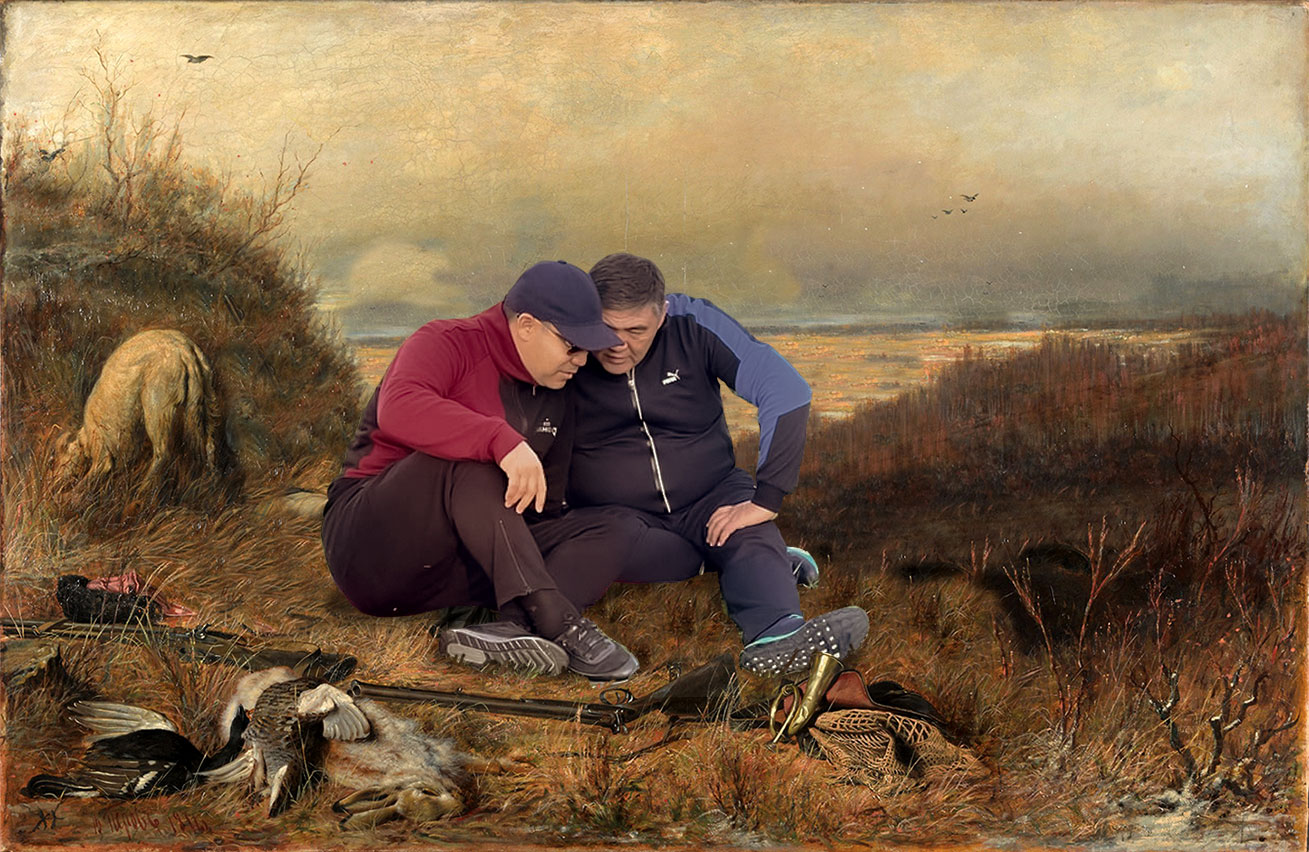 On the other hand, Kyrgyzstan’s political archives suggest that power-sharing has never worked out for long. Online commentators have been summing up the dilemma facing the two men with memes superimposing the pair’s riverside snaps onto 19th century Russian artist Vasily Perov’s famous painting “The Hunters at Rest”.

A long political hunt has delivered its spoils. But how to divide them?