Kumtor is being used as cudgel to go after politically influential players. 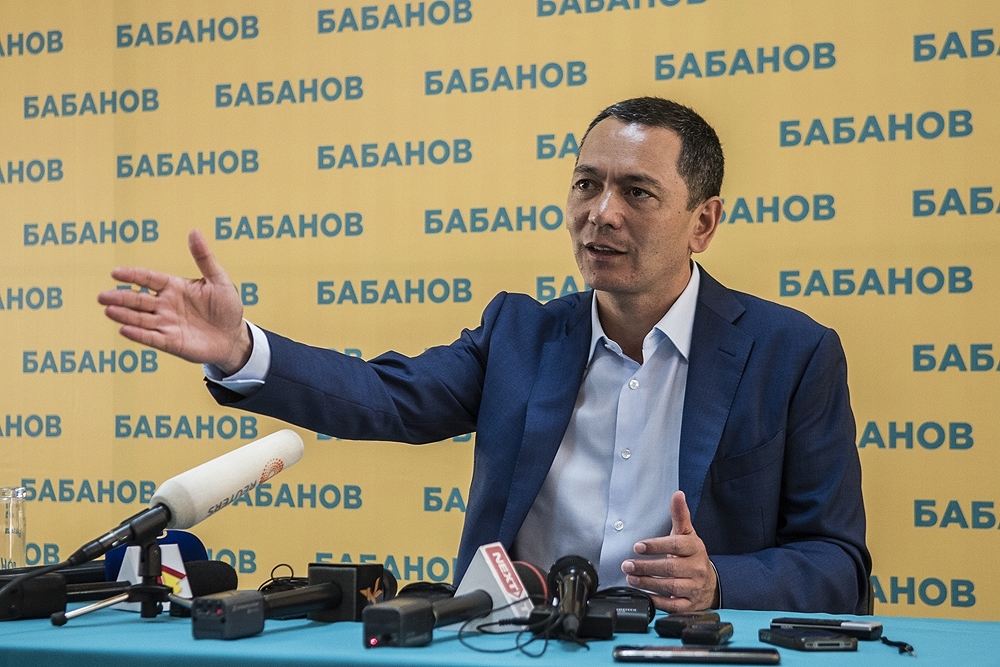 In its May 31 statement, the State Committee for National Security, or GKNB, did not spell out what specific acts they believe Babanov to have committed.

Amantur Abdrakhmanov, a lawyer for the businessman, says his client has not been informed of the accusation being leveled against him, which he said constituted a legal requirement for interrogation.

All that is known is that Babanov is being questioned over his allegedly irregular engagements with Kumtor during his time as prime minister, a term that lasted from December 2011 to August 2012, Abdrakhmanov said.

Abdrakhmanov said that his client’s only involvement with Kumtor over that period related to two developments – the creation of a state commission to investigate the project’s impact on the environment and cancelling an earlier decree approving the transfer of 16,000 hectares of land to the project developer.

“Neither in the first nor in the second instance were there any violations of the law by Omurbek Babanov. Therefore, we do not understand in any way what he is suspected of and why he is being detained,” the lawyer said.

Since Sadyr Japarov swept into power as president of Kyrgyzstan in October, there have been waves of arrests of prominent political figures. Babanov was not the only one to be detained at the start of this week.

Local media reported that once-influential MP Asylbek Jeenbekov, the brother of the man deposed by Japarov, has also been summoned for questioning by the GKNB.

Kumtor, the country’s most important industrial asset, was earlier this month placed under temporary state administration in the latest episode of a soap opera that has pitted Kyrgyz officials against the Toronto-listed company developing the mine. As part of the government’s onslaught against the company, Centerra, it has sought by various means to make the case that Kumtor has been steeped in corruption and has committed environmental violations.

A growing list of politicians have been caught up in the net.

On May 15, investigators searched the Bishkek offices of Centerra’s local subsidiary. Another former prime minister, Temir Sariyev, and ex-MPs Tursuntai Salimov and Sergei Ibragimov have all been questioned on a related case.

Kumtor has long been a political battle-horse for the nationalist rabble-rouser Japarov, although he surprised some after coming to power when he stated that he would not pursue nationalization of the project. He is sticking to his word, but only just. Instead, his government appears intent on bringing about Centerra’s death by a thousand cuts.

If a few potential political opponents can be swept away at the same time, all the better.