The letter signifies support for Russia’s invasion of Ukraine, which is inflaming passions in Bishkek. 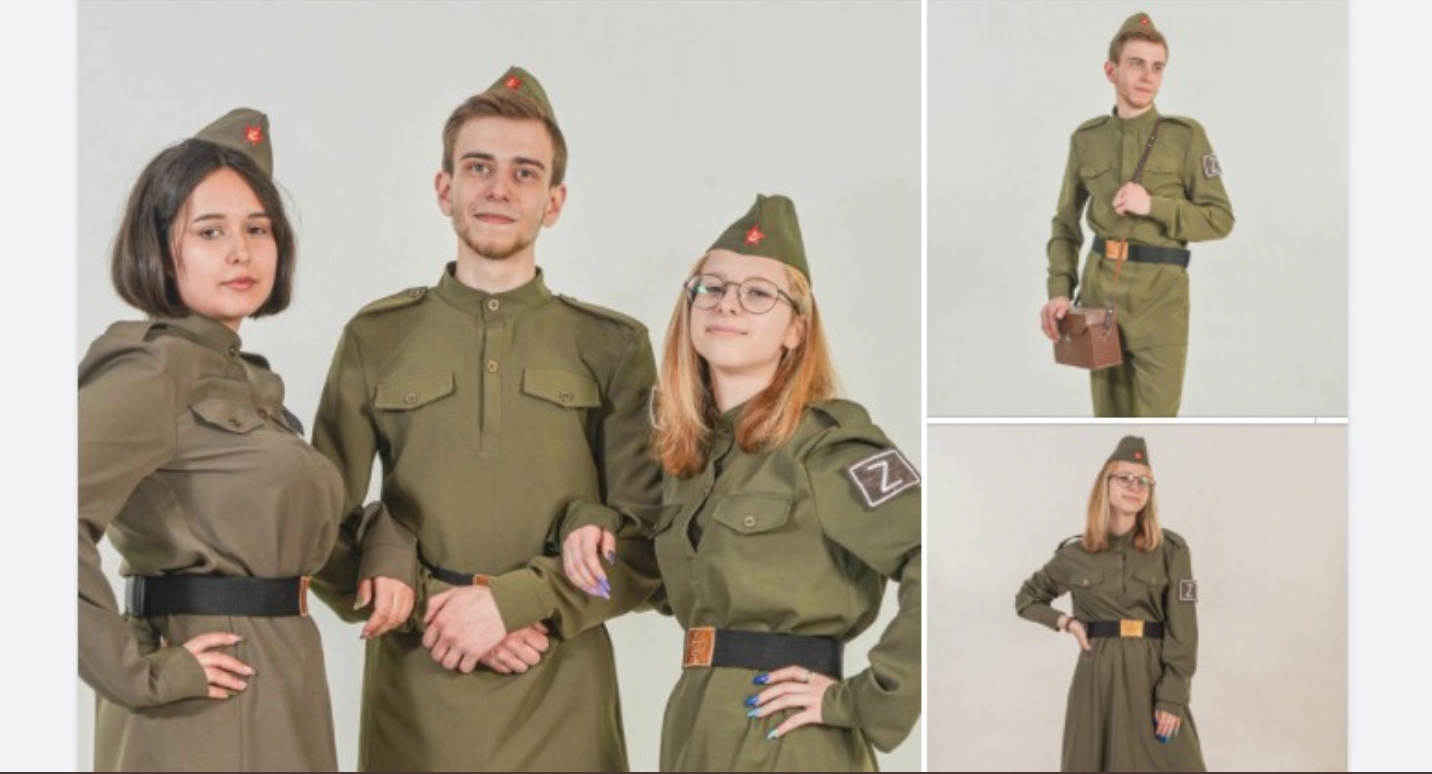 The letter of the unlawful: Vintazh costumes caused an outcry on social media.

Kyrgyzstan’s security services have warned citizens to refrain from displaying the letter Z, which has come to symbolize support for Russia’s war in Ukraine, on pain of prosecution.

The extreme measure has been adopted as local tensions caused by violently opposing stances over the conflict are peaking ahead of the annual May 9 holiday to mark Soviet victory in World War II.

While in Russia brandishing the letter ostensibly signifies jingoistic patriotism, the State Committee for National Security, or GKNB, said in an April 21 statement that in Kyrgyzstan it could “facilitate inter-ethnic enmity.” Stoking ethnic tensions is an offense punishable by prison time.

Matters came to a head earlier this week following a kerfuffle provoked by the discovery that a costume store called Vintage 312 was advertising the hire of WWII military uniforms with stitched-on Z badges. Social media commercials for the costumes caused “intense discussions” on social media, the GKNB remarked laconically.

It went a little further than that, however. Umai Arykova, an activist, decided on April 18 to confront an attendant at a Vintage 312 store in Bishkek and filmed herself doing so.

“Do you support fascism and war?” Arykova can be heard saying as she harangues the shopkeeper. The activist then warned the attendant that complaints against the shop had been filed with the police and the GKNB.

By April 21, the store had taken down its Instagram post with the Z-emblazoned uniforms and replaced them with regular military uniforms instead.

“We have great respect for May 9! There are uniforms for children and adults. But by no means do we want to give rise to provocateurs! After all, peace is what our grandparents fought for!” the accompanying post stated.

But the new uniforms, which feature orange-and-black St. George’s ribbons, are no less likely to stick in the craw of opponents of Russia’s invasion of Ukraine. In an echo of how the letter Z has now been repurposed, that ribbon was widely adopted in 2014 as a symbol of support for Russia’s annexation of Crimea and its subsequent covert war in eastern Ukraine.

For those with a longer historical memory, the orange-and-black ribbon has even more local associations.

As Uzbek political scientist Anvar Nazirov told Eurasianet in 2017, “the St. George’s ribbon is a symbol of colonialism.”

“This order was bestowed on Russian soldiers and officers for their victory over Muslim Turks in the 18th century. In the 19th century, the award was given to those who conquered Central Asia,” he said.

St. George’s ribbons typically get their most prominent showing during the Immortal Regiment processions held across many parts of the former Soviet Union on May 9. Participants in the march walk along the street holding up photo placards of people killed in the war in a gesture of memorialization.

While there would once have been little objection to such events, Russian state propaganda has injected a hefty dose of poison into the commemoration by creating such a direct association between May 9 pageantry and their latter-day wars in Ukraine.

The Russian government does not formally take any role in mounting Immortal Regiment marches in its near-abroad, but its foreign missions usually try to ensure that local organizers are well stocked with the contentious St. George’s ribbons.

The fact of Kyrgyzstan’s strong economic dependence on Russia has for some activists lent the government’s rejection of Z-related symbolism the air of a rare assertion of sovereignty.

This is probably a generous assessment, though. Officials simply don’t want to have to take a strong position either way.

In reality, the ban on prominent displays of the letter Z is merely an application of the writ of court decisions prohibiting public expressions of sentiment over the unfolding war in Ukraine in the capital. Those rulings were instrumental in sapping the energy from the tiny but persistent pickets against the Ukraine invasion that started taking place last month.
At the beginning of April, more than 20 activists who defied the ban and announced plans to march on the Russian Embassy were detained by police. They were released later the same day without charges.