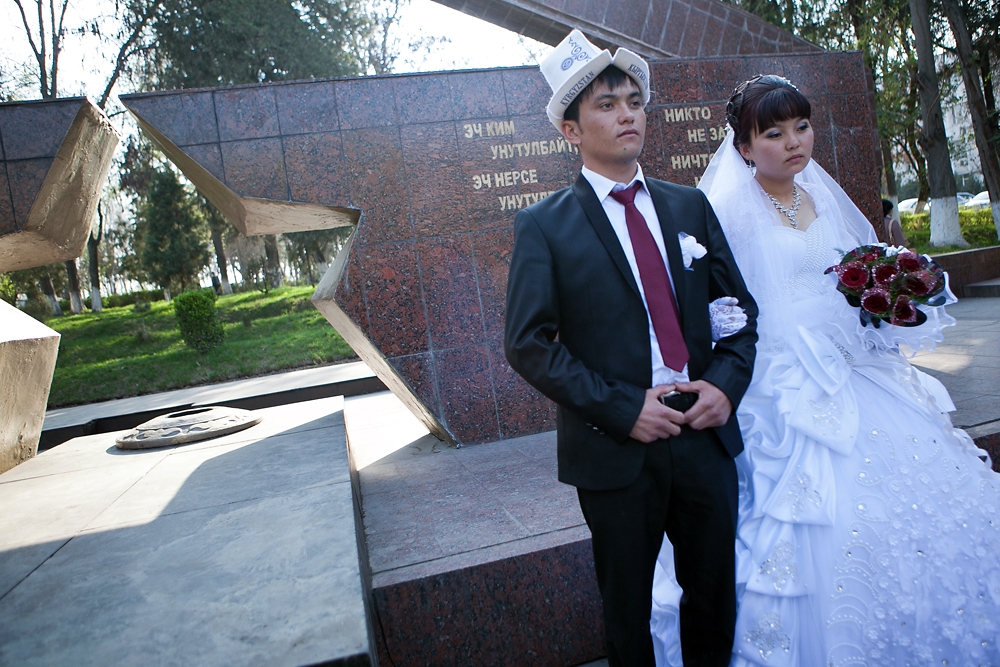 It starts out like any gymnastics class: A teacher guides a roomful of women through stretching and breathing exercises. The yoga, ballet and tai chi moves train pelvic muscles, the stomach and legs. You only realize you are in a “sex class” when the egg-shaped stones appear. They are used for vaginal weightlifting, a Chinese technique for strengthening muscles and increasing sensitivity in the genital area. The goal is something rarely discussed in Kyrgyzstan: better sex.

“I wanted to create a place where women can develop their femininity,” says 30-year-old Rakhat Kenjebek kyzy, founder of the Jade Gift School, which is named for the stone eggs. When she opened three years ago, people were skeptical. Now the school has more than 150 students between the ages of 18 and 66.

In the Soviet Union, sex was a taboo topic and femininity discouraged. “Women had to function like robots […] Today they need to wake up from their post-Soviet stupor,” says Kenjebek kyzy, who lived in China for several years. “I was surprised when people there spoke openly about sex. Women proudly showed their feminine sensitivity, elegance and emotionality,” she says, adding that she was surprised by how comfortable Chinese men and women seemed around each other.

Back in Kyrgyzstan, talking about sexuality is still discouraged. Thus many young people are confused about sex. That leads to all sorts of problems, says Bubusara Ryskulova, director of the Sezim women’s crisis center. “After the fall of the Soviet Union, sex hit Kyrgyzstan like a hammer. People were not ready,” she says. “Girls were experimenting and wore provocative fashions. This was interpreted the wrong way and rapes happened.”

Since 1998, with foreign donor support, Sezim has operated Bishkek’s only women’s shelter. They also offer a hotline and counseling. About 3,000 women seek Sezim’s help each year: some 60 percent are fleeing domestic abuse; others face trafficking and bride kidnapping.

A lack of awareness about sex contributes to the abuse, Ryskulova says, citing the example of a woman abused by her husband for 20 years. They had had an arranged marriage and the husband repeatedly raped her. “If a couple is not educated in sex this can lead to unpleasant experiences,” says Ryskulova, “Sex might not be the main cause of a bad relationship but often it is an underlying problem that can make big waves, even lead to domestic violence.”

In Ryskulova’s opinion, sex education is sorely needed in Kyrgyzstan and she cautiously supports the Jade Gift School.

There’s more than just sex ed at Jade Gift, though, which helps explain its success. Besides the regular gymnastics classes (which cost about $35 per month and are advertised on a variety of social networking websites), the school offers one-time classes in “partner massage” and “sexual fantasy.” The courses, says Kenjebek kyzy, help women learn to enjoy and respect themselves.

Jade Gift’s clients are eager to talk about their experiences, on condition of anonymity. A 29-year-old Bishkek woman who has been married for a year-and-a-half says she came to the school because “I wanted to please my man and we are in a very happy relationship right now. This is not only because of great sex but also has spiritual reasons. I learned to love myself and he feels that.” She has only told her close friends and sisters that she is attending the classes because “there are many people who wouldn’t understand.”

In a culture with rigidly defined roles, men, too, can face extra pressure. “There are cases of men being psychologically abused by their wives. There are also issues caused by unemployment, alcoholism and gambling,” Ryskulova from Sezim says. “At least women can talk with relatives or their kids about it. Men usually don’t have anyone to talk to. They are three times more likely to commit suicide than women.”

Jade Gift has started catering to male clients, too. Recently, it established a “Men’s Power Class” taught by former bodybuilder and fitness coach Alexander Novitsky. “Like in the female class, we want to strengthen the muscles used during sex,” said Novitsky, who also teaches his students techniques to avoid prostate cancer and gives tips on how to please women. Currently, he has a group of five students. One of them proudly tells EurasiaNet.org that after two months’ training, both his wives got pregnant. (Polygamy is technically illegal in Kyrgyzstan, though it is thought to be common among wealthy men.)

Perhaps surprisingly, the only censure Jade Gift has faced so far came from outside Kyrgyzstan. “When we started to advertise the men’s classes, Facebook shut the campaign page down,” says Kenjebek kyzy's assistant, champion bodybuilder Aliona Pantsarnikova, citing a rule against advertisements promoting adult products and stressing that the announcement included no graphic imagery or language.

Adriane Lochner is a Bishkek-based journalist.