The GKNB chief is one of several loyalists of the former president fired over the past few days. 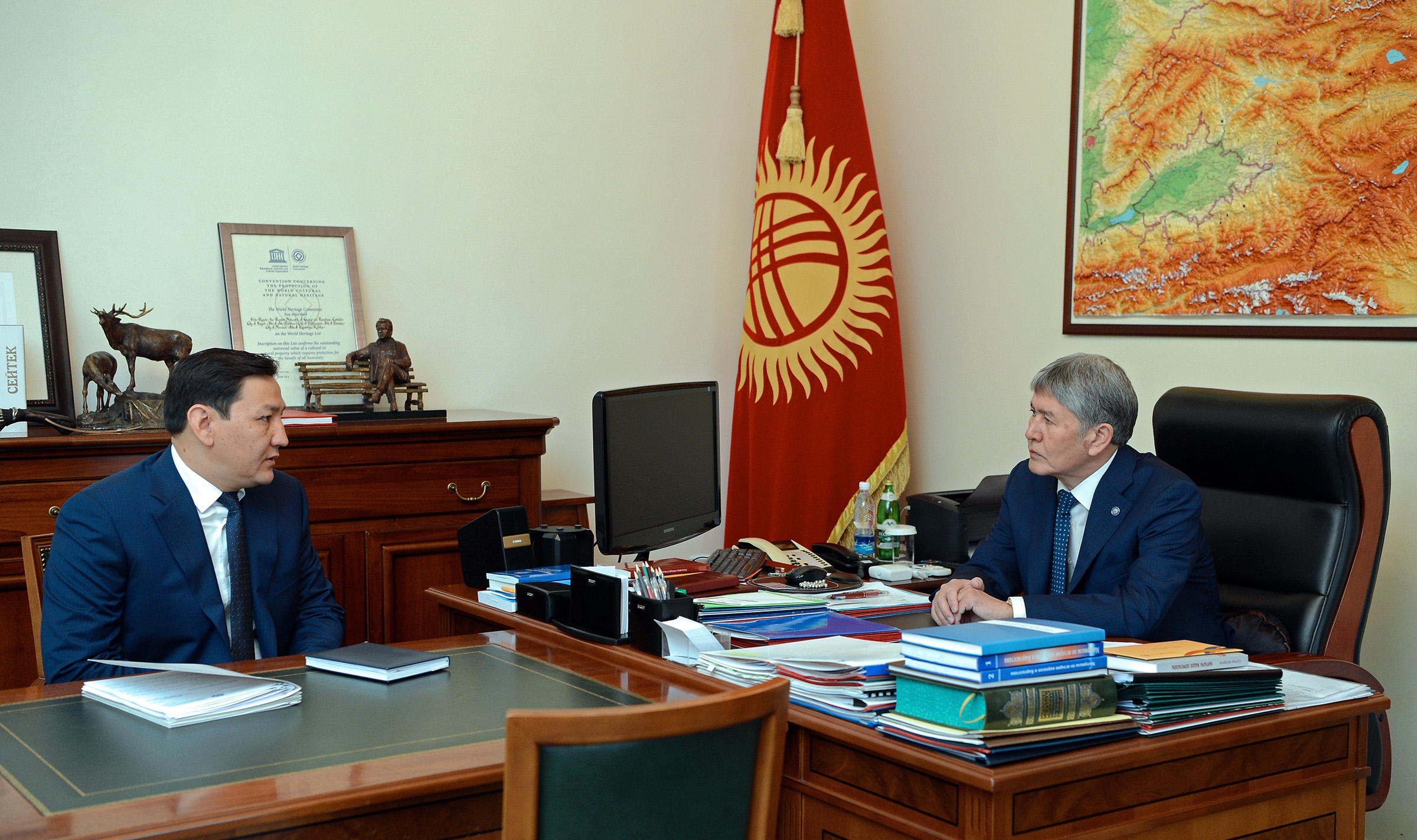 If the former president of Kyrgyzstan was not worrying already, he should probably start now.

His successor, erstwhile protege and incumbent head of state since November, Sooronbai Jeenbekov, in a surprise move on April 7 fired the head of the security services. The outgoing head of the State Committee for National Security, or GKNB, was a holdover from the previous administration and was widely considered a dependable ally of its figurehead, Almazbek Atambayev.

Political chatter over the past week has centered on speculation that an unbridgeable rift is forming between Jeenbekov and Atambayev, and that the former is attempting to neutralize whatever influence the latter had retained through his loyalists in the security organs.

Having been ejected as chief of the GKNB, it is not immediately evident what post awaits 44-year-old Abdil Segizbayev, who had filled the job since November 2015 and earned the informal title of Atambayev’s “trusted man.” In a previous life, Segizbayev worked for the Kyrgyzstan operations of the Soros Foundation. In 2003, he was appointed press secretary to then President Askar Akayev and later served as an advisor to Atambayev, who was elevated from opposition leader to interim prime minister and subsequently president in the aftermath of a bloody revolt in 2010.

Atambayev was required by the constitution to step down from the presidency at the end of his single six-year term. Come election time, he backed Jeenbekov, a trusted ally and fellow long-time associate in the ranks of the Social Democratic Party of Kyrgyzstan, or SDPK. No sooner had Jeenbekov coasted to victory in the October election, however, talk began of the successor plotting to dilute his predecessor’s behind-the-scenes role.

That Atambayev hopes to continue somehow directing national developments became especially evident on March 31, when he was reelected leader of the SDPK, the largest force in parliament, at a party congress in Bishkek. After his coronation, the former leader made a point of publicly chiding Jeenbekov on several perceived shortcomings.

The reaction from the presidential administration was sanguine to begin with. A spokesman noted with withering dismissiveness that Atambayev was simply being “emotional.” Then it became a little more serious. On April 4, Jeenbekov fired the deputy head of the GKNB, Damir Musakeyev, who it subsequently emerged had provided security for the SDPK congress — very much against the rule forbidding security officials from involvement in political activities. Musakeyev was, maybe even more so than Segizbayev, an out-and-out Atambayev crony. He had previously served as a personal guard for the ex-president.

And yet another deputy head of the GKNB got the chop on April 7. Bolot Suyumbayev was also a former personal bodyguard to Atambayev.

On the matter of poor optics, a no-show at a prominent public event as this latest round of reshuffling was unfolding will not go unnoticed.

April 7 has steadily become one of the Kyrgyzstan’s most somber and hallowed national holidays. It was on that day in 2010 that dozens of people were shot dead on a central Bishkek square as they mounted a ferocious protest against the rule of the much-reviled president of the time, Kurmanbek Bakiyev. Once Bakiyev was deposed, he fled for Belarus, where he now lives.

Atambayev very intensely fastened his colors to the April 7 mast, so it was particularly striking he chose to snub this year’s memorial. SDPK spokespeople claimed he was too ill to attend. Jeenbekov was joined instead by another ex-president, Roza Otunbayeva, with whom Atambayev also very publicly fell out, in late 2016.